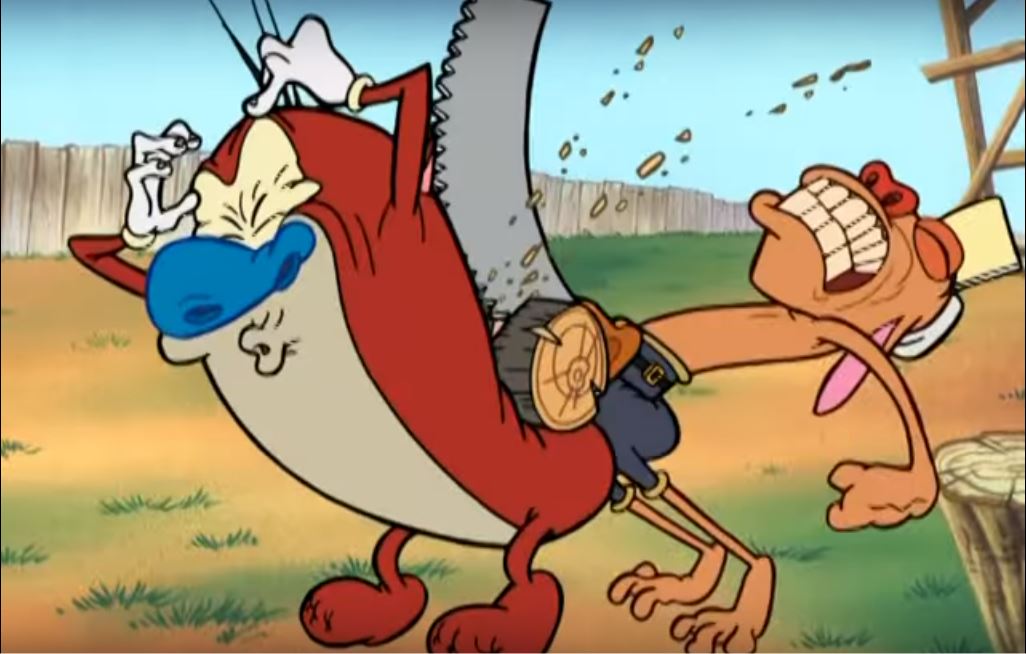 No blog left behind

Last month, I had my first vacation since May of last year. It only lasted for 20 days, but I finally had all day to myself. I even took a pause from Destructoid and the monthly recaps thanks to some great help by Sharukurusu who is actually the one who covered most of the blogs this month.

During my vacation, I didn’t play many video games outside of my 3DS and playing Yakuza 0 for a bit. Instead, I traveled to Europe to escape from the heat (I went to Scandinavia) and as such did not have much time for video games.

The fact that I didn’t have much time for video games in my vacation time did not escape my notice.

Before my vacation started, and just after it ended, two games I am really interested in were released: Fire Emblem: Three Houses and Astral Chain. That increased the number of games in my backlog list to 101. It soon hit me that I have lost control over my backlog and was now adding more games than I could finish.

I realized that I simply cannot finish my backlog. 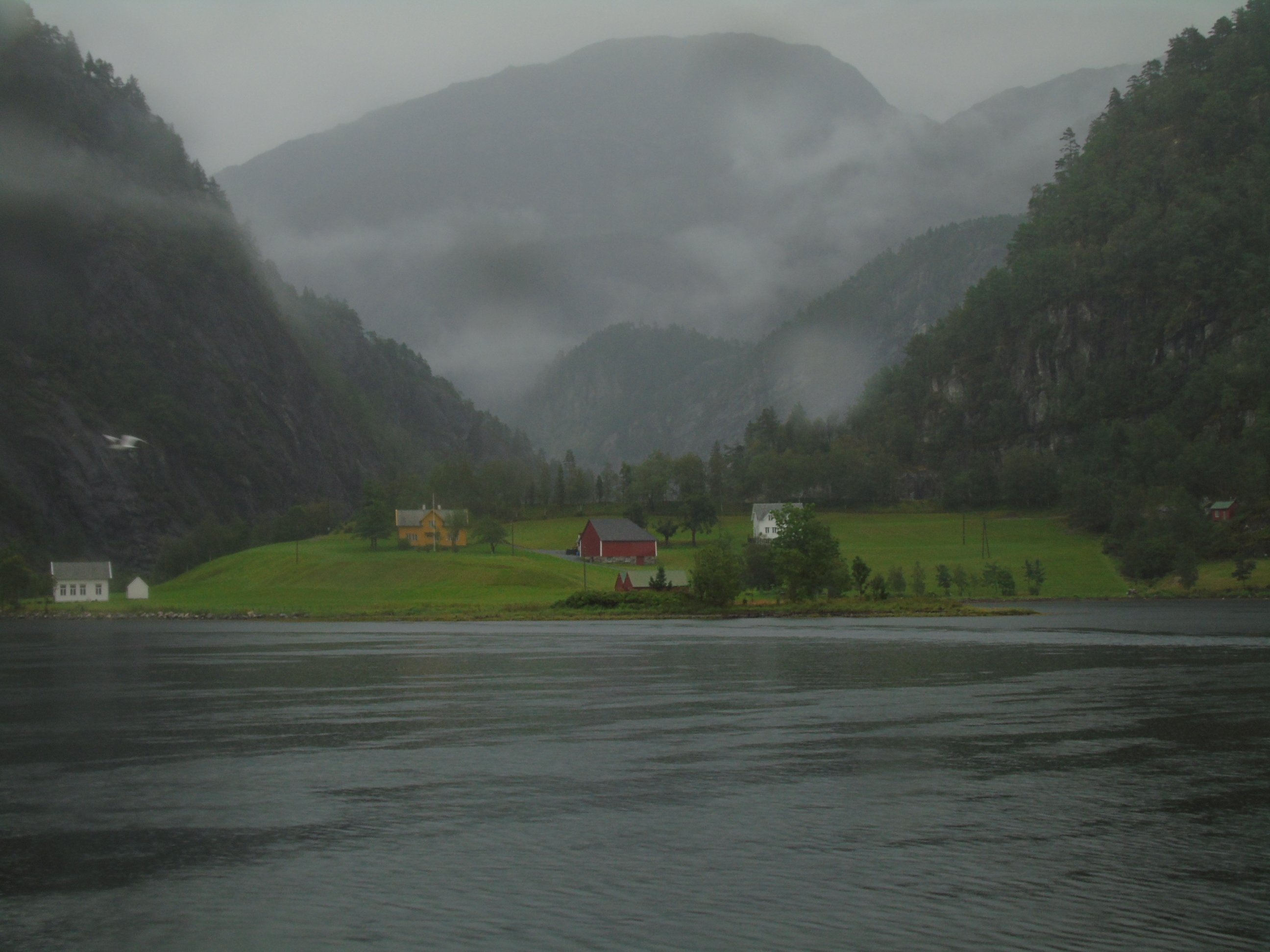 Usually, I play for one to two hours on weekdays and play two to four hours on the weekends. If I just take my playing-time average to be three hours a day, then it would take me one month of playtime to finish a 90 hours game like Fire Emblem: Three Houses. That’s also due to my compulsive completionist habits, which I talked about in my previous recap blog.

In a single month, two or three new games I want to play will be released, each demanding anywhere from 30 to 100 hours to finish. When coupled with the retro games I regularly play and review, it becomes exceedingly clear that I won’t be able to shrink this ever-expanding list, which is why I am just now starting to play some of the highly acclaimed games of 2017.

Some people have suggested “solving” this problem by simply ignoring my entire backlog and focusing on current releases. Of course, even if I were to do that, I wouldn’t be able to keep up with even the current releases. Note that I am only talking about single player games here, as I don’t play any multiplayer games. Others suggested that I only finish or play the games I really enjoy (except the games in my review series) and ignore the rest of the backlog.

While both approaches would be valid for people who feel burdened by their backlog, that doesn’t actually apply to me.

All the games in my backlog are games that I researched, I want to play, and I will surely enjoy to varying degrees. Nothing gets on the list unless I am interested in it, and being of such varied taste, a lot of games do manage to get in. As for the retro games, I enjoy playing these games and writing reviews for them, even when a game isn’t particularly good. It reminds me of days past in which I had the time to play all of them but didn’t quite have the means to do so.

I didn’t write this just to complain about my massive backlog. I enjoy playing those games, and I don’t necessarily feel burdened by them in any way. I’m not worried about feeling left out of the conversation either. A good game remains a good game even after all the hype dies down. Often, that actually helps when assessing its merits.

As we grow older and have more responsibilities in our lives, our free-time invariably shrinks. With the massive expansion of the video game industry, I think many of us will have trouble keeping up with everything being released. For instance, I am yet to play Civilization VI and probably will end up opting out of it entirely at this point.

Between my current backlog and the impending PS5, I know that I’ll never run out of video games to play.

In many ways, that’s actually more of a blessing than a curse.

*- A game can live or die by its game world, or the hub as we commonly refer to it. Sam van der Meer thinks that an effective game worlds need to be as familiar to the player as a small town would. Perfect examples of that would be the Onett town from Earthbound and Clock Town from Majora’s Mask. 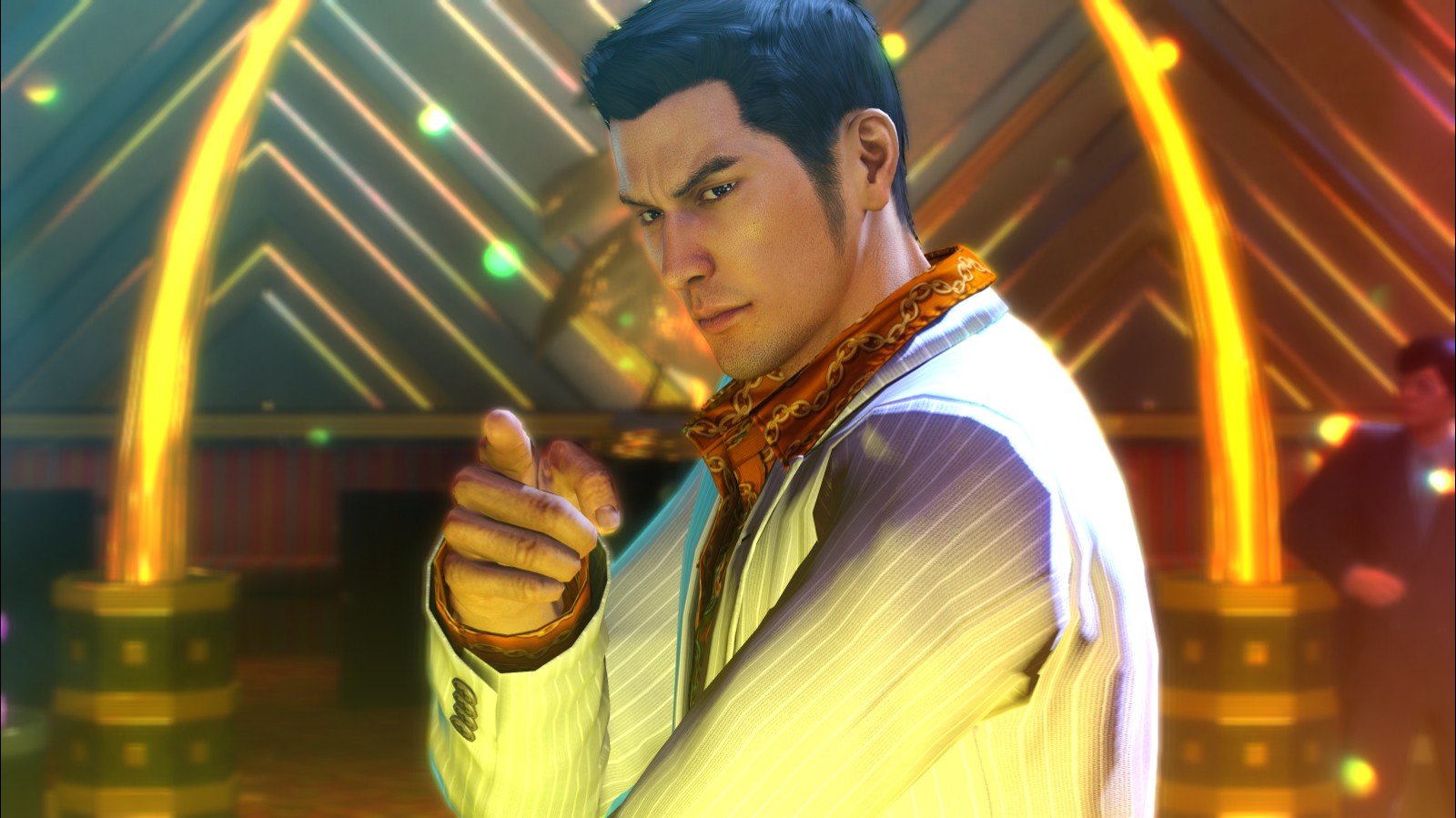 Damn this was a good game.

B- This month’s Band of Bloggers theme was provided by LaTerry, who asked you about how you relax with video games. Personally, half of the games I play just increase my stress levels (goddamnit Mario, I hit the bloody jump button). Check out the community responses here:

A- Not content with the size of his backlog, Grethihwa is contemplating a list of 10 Switch games he is most looking forward to. This is a solid list, but much like the way that his backlog continues to increase in size, the list also grew to more than 10 games and includes a couple of movies as well.

A- With the release of a Colonel Sanders dating sim game in Japan, it looks like licensed games are coming back to a certain degree, and CorruptAI125 is not sure about how he feels about that.

A- The release of the Nintendo Switch Lite has divided observers, and Toby80 is in the camp of the unimpressed.

S- Shoggoth2588 is not handling the heat well, but that only gives him more time to play video games as you can see from his impressive monthly gaming journals.

S- It looks like Kerrik52 is back with his weekly reviews of past games in his “Traveller in Playtime” series:

S- If you are a fan of the RTS genre, then Nior has your back with a full retrospective of the Command & Conquer series, starting with the first game.

S- Back to exploring gaming’s history in Brazil, Nior explains how Soccer mods became more popular than the games they are based on (no doubt causing Konami a lot of headaches).

S- After a long hiatus, induced by the theft of my New Nintendo 3DS, my DS REVIEWS series is back with a review of Pokemon Conquest, a game created through the fusion of the Pokemon franchise with Tecom Koei’s strategy series Nobunaga’s Ambition.

P- This month’s PSToid’s podcast focused on Bandai Namco, a videogame publisher that people sometimes forget about. It’s mainly about how shitty they can be.

S- Aurachad is back with one of his updates. 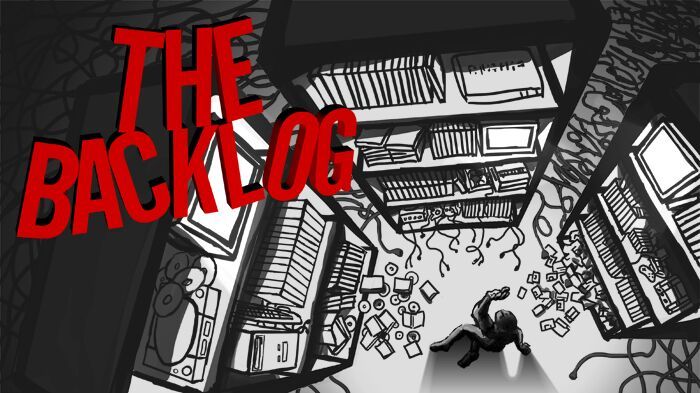 Are you burdened by your backlog?

D- Another Dtoider, otakyoon, has also made their own game. Gaijin Chirangi 1: Kiss or Kill.

P- As per toborprime, Savage looks like an interesting Steam Early Access title that isn’t an asset flip.

T- Fans of racing games adore Forza 4, but isoginchaku thinks even non-fans would enjoy it.

T- Deviousaint wonders if the recently released World of Warcraft Classic will be the singular way forward for the MMO franchise.

T- This review by ConvoyJon of the new Apple Arcade platform is semi-optimistic, but he does have a few concerns.

T- This blog by Dinokaiser goes deep into the world of M.A.C.H, a PSP racing game with jets and a lot of personality.

T- Check out this interesting and cute-looking JRPG which was accidentally discovered by CorruptAI125.

R- ConvoyJon reviews Control, which looks like an unexpected hit.

R- I think that puzzle games with obtuse puzzles end up being fun for no one, but Ryu2388 thinks that those persevering with the obtuse puzzles of The Blair Witch video game are in for a fun and creepy time.

R- Acefondu reviews the Hori Split Pad Pro controller for the Nintendo Switch and finds it to be pretty good. 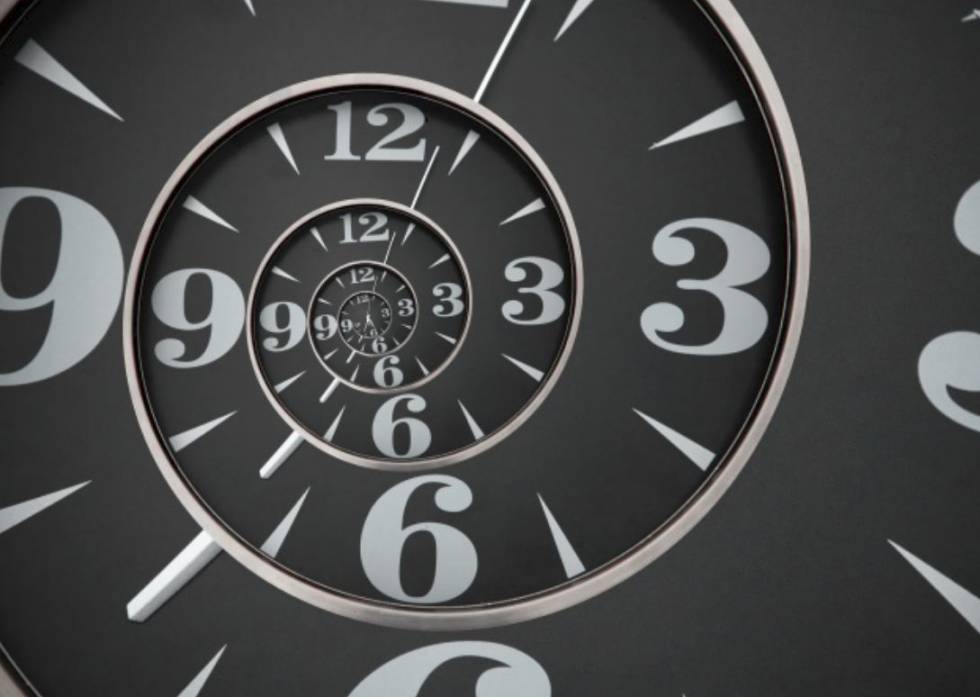 Time has a way of disappearing suddenly.

M- PhilsPhindings continues his excellent series where he looks for similarities between famous video game tunes and other music from various sources:

R- I think Hollywood Rone is a fan of The Angry Videogame Nerd show on Youtube.

F- This may develop into a funny joke later on, but is still a fail for this month.

F- This is too short to be a proper review of a game. 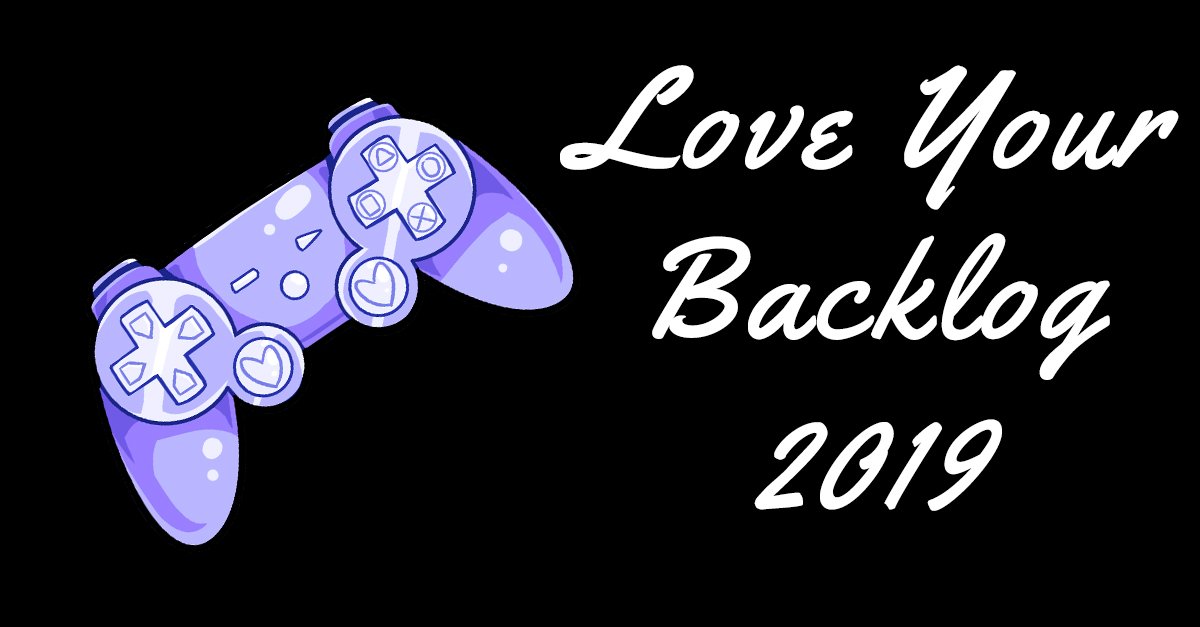 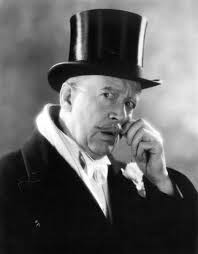