BoB - Solitiare, and I can explain

My most relaxing game is Solitaire. I've played it for hours, developed quite a rhythm with it, and enjoy playing it when I need something to do but don't wanna get up of the couch. I even have a really high score on the Vegas mode, but I think that's just a result of the version I'm using. I have a sub 40% win rate, and winning seems to give you 5 times the cost of starting a game. 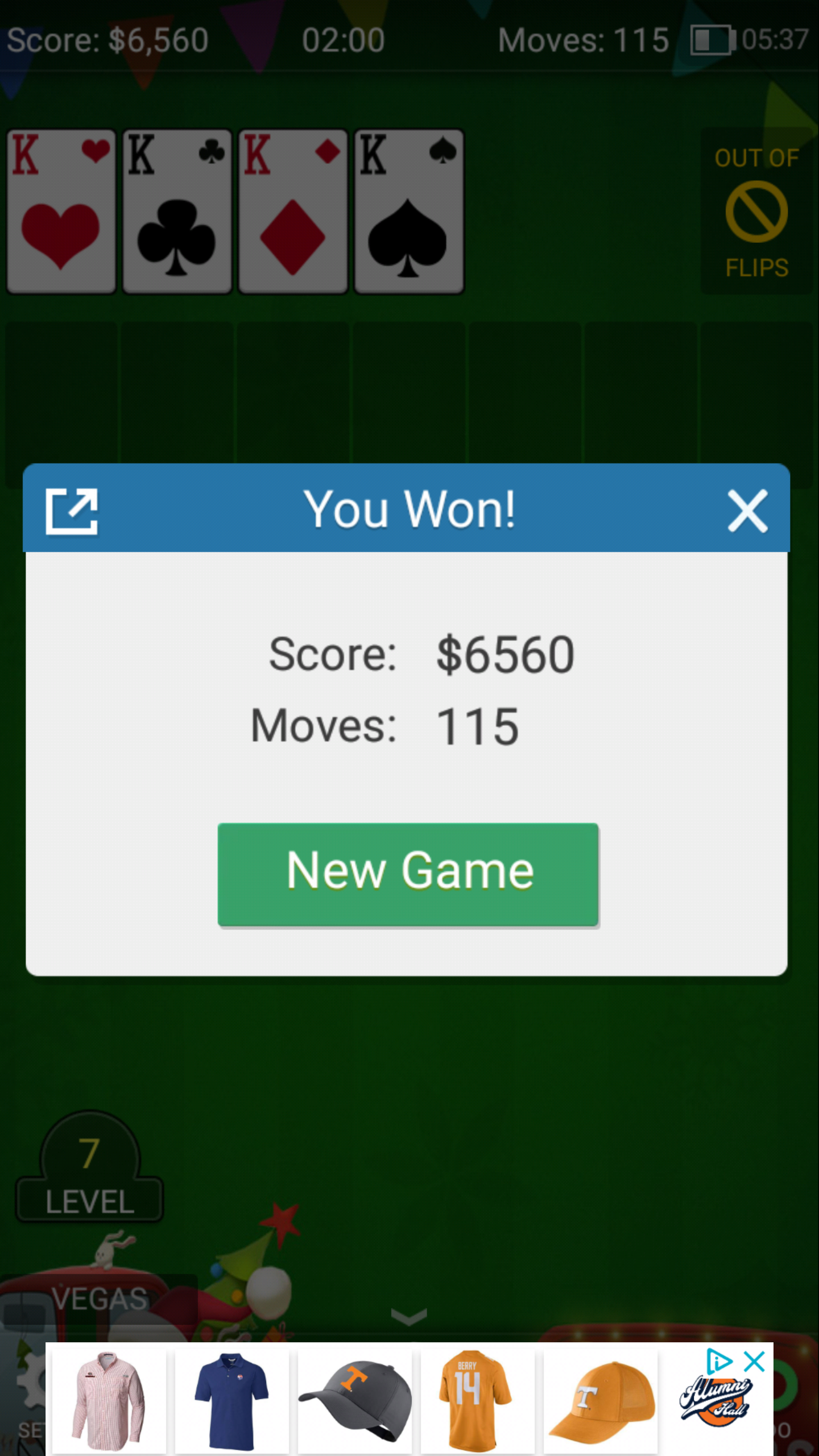 If any Spider Solitaire people come after me please understand that I only have 1 deck of cards.

Which is cool and all but this prompt got me thinking about why this is my most relaxing game. Solitaire is far from my favorite game to play. So if we're talking entering a rhythm, games like Path of Exile and Borderlands 3 can steal hours of my time once I find my flow. But they are not relaxing. Even with 3k hours of experiance in Path of Exile, I'm rarely playing something that I can just relax with. My desire for challenge has outstripped my own ability to play and it makes the game fun but I can't relax. The moment to moment gameplay still requires concentration because dying isn't relaxing. So the game has to be engaging enough that I don't get bored, but well within my abilities so I never get frustrated. So lets address this like most normal people would, with a graph.

Borrowed without permission from Jenova Chen

This is the flow diagram which is a simplification of Mihaly Csikszentmihalyi's theory on Flow. You've probably been in this state before in your life, something exciting or captivating that you kept working at and when you were broken out of it you realized a bunch of time passed. Plenty of game designers and players are aware of this feeling and your own experience can be plotted on this graph. Now a game isn't automatically good or bad based on it's position on the graph. Games like Dark Souls have this endless challenge and anxiety for a majority of players and that draws them in. On the other hand the extreme boredom that people feel playing American Truck Simulator might be well within the abilities of another. It's not a one size fits all type of graph, but maybe it'll help in figuring out exactly why I'm playing Solitaire to relax instead of Cube World.

So lets plot some games on this graph and see if we can find any correlation between my sense of relaxation and the flow diagram. 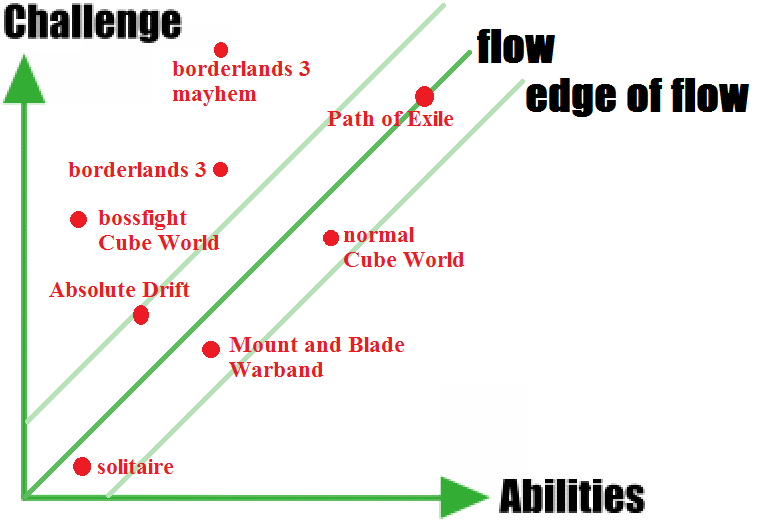 I didn't put in Old School Runescape because there would be 4 different points for PvP, PvE, 1 tick mining, and just chilling

I think I have a theory, the closest a game is to the origin point on the graph, the more likely I can play it and relax than other games. But it looks like we'll need more examples to come derive a relationship between flow and relaxation. At the end of the day, the biggest obstruction obstacle between me and relaxing is me. To get to the relaxing part of any videogame it needs to have a consistent challenge that is independent of how good you get at the game, and progression that you can push for without getting obsessed with it... You know now that I think about it I think the best game for relaxing is Peggle.

There is no god here today, just me.

I wanted to try out blog writing just to fill time inbetween work. I play a decent amount of indie games so hopefully you can hear about a new favorite from me.