Metal Gear Solid is a stealth action game developed and published by Konami on the Playstation in 1998. A PC version was developed by Digital Dialect and published by Microsoft Game Studios in 2000. Additionally, it recieved an expansion release featuring more VR missions on PS1 in 1999, as well as a remake on Gamecube in 2004 co-developed by Konami and Silicon Knights. Following the events of Metal Gear 2, the operative Solid Snake has retired to Alaska, but is called out of retirement for one last mission. The renegade special forces unit FOXHOUND has taken command of a nuclear weapons disposal facility in Alaska and are threatening to launch a nuclear weapon if they aren't provided with the remains of Big Boss, who Snake killed in the previous game. So Snake is sent in to rescue their hostages and stop the nuclear launch before it is too late. 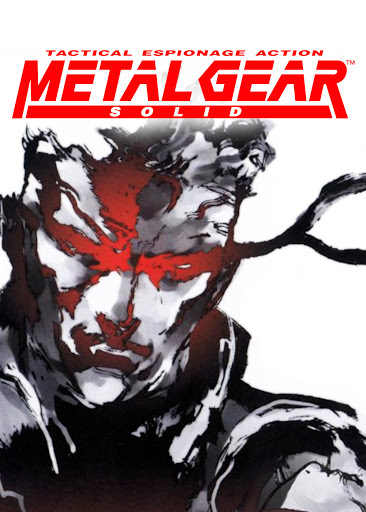 One Cold Night In Alaska

Metal Gear Solid is a hallmark title for many reasons, but what jumps out first is the care put into everything related to the story. It has interesting direction for its cutscenes (almost unheard of at the time), tense and atmospheric music, a lot of great voiced dialogue and it's dense with military jargon that seems appropriate for the setting. Someone cared, is what I'm saying.

But above all, what I like about the game is its pacing. While it can be a bit starved for gameplay sometimes (or have too much of it during backtracking sections), it never stops being engaging. Every hour, new characters are either introduced or put into focus and the story keeps changing stakes as plot twists drop and the scope of the story widens. It has a really high "Holy Shit!"-quotient, since Snake is put into more and more crazy situations as the game goes on.

In a smart move to both save money and not force the player through more dialogue than needed, the game features tons of context-sensitive optional dialogue through its CODEC radio system. The CODEC uses 2D art and text boxes to save on animation costs, but is otherwise fully voiced. In the main story material it is used in tandem with the 3D cutscenes when appropriate. But you also have the option to call your array of contacts whenever you want to ask them about the current situation. 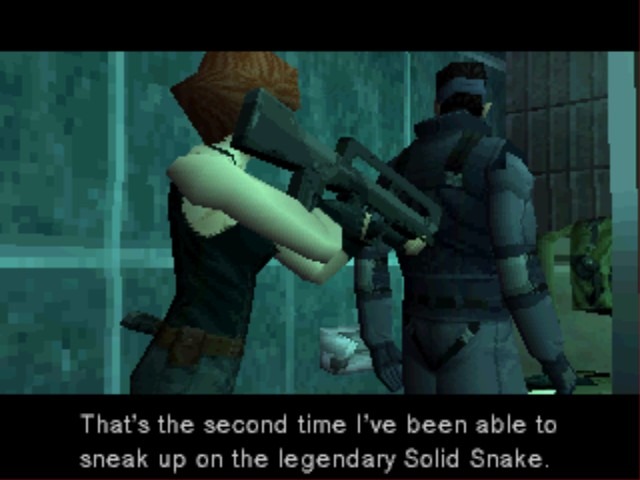 While the main use of this is to help you figure out how to move on or beat a boss, it also gives you the oppurtunity to get to know both your support team and Snake himself better, if you so wish. It's kind of ridiculous how much voiced dialogue was crammed into just two CDs. And even if you don't care for the extra dialogue, the game provides enough material for a fulfilling story.

The game's major theme is fate (or the fate of one's genes, to be more specific), which defines the major characters. Snake is an excellent warrior, so of course he is a soldier. The villains have a chip on their shoulders thanks to the hands they've been dealt in life and refuse to move on from their supposed fate, which many think involves fighting Snake to the death. This ultimately becomes their downfall, while Snake ends the game having decided to forsake his fate as a military dog and live life as he chooses. It's nice to see a game engage in its theme this much, even if it can feel a tad heavy-handed at times.

What Was That Noise?

I believe a lot of the development time of this game was spent refining the mechanics of Metal Gear 2 until they worked in 3D. So much so that a fair few mechanics and setpieces in MGS are lifted from that game. While it's a bit lazy to reuse ideas like that, I give it a pass, since the new tech serves those ideas much better. Just the addition of 3D maps helps a lot. The game ends up being a bit simple as far as stealth goes, but it never oversteps its limitations during regular gameplay, so what's here works well.

The game is set up like this: You control Snake while observing him through a non-controllabe third-person camera. You can run, stand against walls and knock to attract attention, crawl under things, throw punches and snap necks if you sneak up on a guard. Your goal is always to get through an area without getting spotted. To help you with that, you have access to the Soliton radar. This radar shows the vision cones of nearby enemies and cameras and is vital to your success. So much so that you are bound to navigate using the radar a lot over what you actually see, which makes it feel like cheating sometimes.

Thankfully, you do not always have access to it, as enemy radio transmissions block it whenever you are spotted. Unlike a lot of other stealth games I've played, getting spotted and directly interacting with guards isn't as protracted as I'm used too. A few quick decisions is all it takes to decide whether you die or manage to escape. It's kind of refreshing. In modern stealth games, it can take a few minutes to reset the area, which often invites a quick load because you want to redo the stealth challenge in its entirety instead of having to dispose of a few guards who spot you and sneaking past the rest. Here, you'll either be dead in seconds or be on your way.

To help you out, you have two inventories, one for assorted equipment and one for weapons. You can equip one item from each inventory at the same time and combine them as you please. While I like the variety of things to play around with, I can't say most items are that useful in general. The game is designed to be simple enough to mostly let you proceed without using any items whatsoever. There are exceptions of course, but your tool belt feels less like a set of tools to use in the environment and more like a set of keys plus some toys.

Usually, you just need to quickly swap to whatever item lets you progress, like a key card or a gas mask. Beyond that, there isn't much reason to not just sneak around normally. Drawing guns when you don't have to isn't really a viable approach, since enemies call in reinforcements and your aim isn't the best. You can feel all the ideas at play here, but due to the limitations present on the Playstation, they just aren't fully realized. It manages to boil down stealth gameplay into its simplest form, which has its value, but you can tell they wanted to do more.

With so much of the gameplay being focused on the core sneaking, it shouldn't come as a surprise that the bosses ended up like they did. It feels like the bosses were wringed out of the core gameplay through any means necessary. While a lot of them use stealth (some even to good effect), the game leans too much into action its systems can't properly support. The melee bosses in particular, since you can't safely combo them unless you are right up in their face. 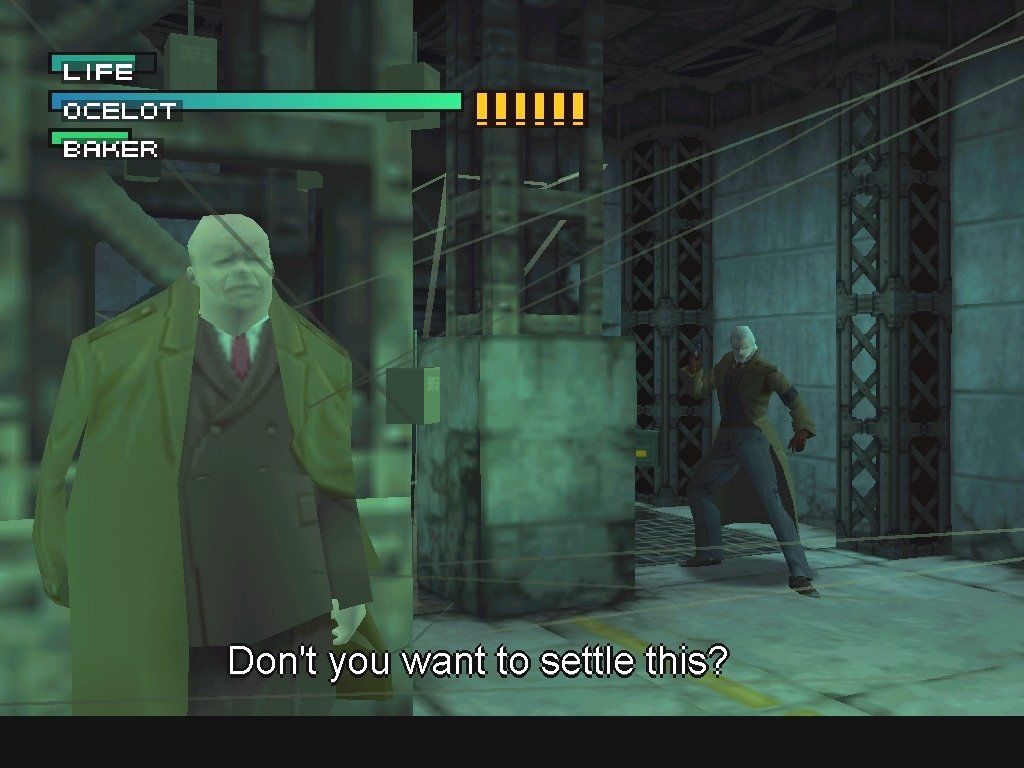 It's interesting to see how they devised these fights out of a stealth engine, but man do they suck if you aren't on your A-game. Of particular note is the sniper battle which demands quick thinking and a bit of dumb luck, as the boss is so much better at aiming than you and there is next to no cover. Not to mention that the last boss has a ridiculous amount of health, which means you aren't afforded a lot of mistakes during the battle. And dying a lot at the end like I did undermines the pacing I praised beforehand.

Again, you can see the intent behind these design decisions, as they wanted to make things as exciting and cinematic as possible, but the game just can't handle it. Such is the cost of making something so ambitious, I suppose.