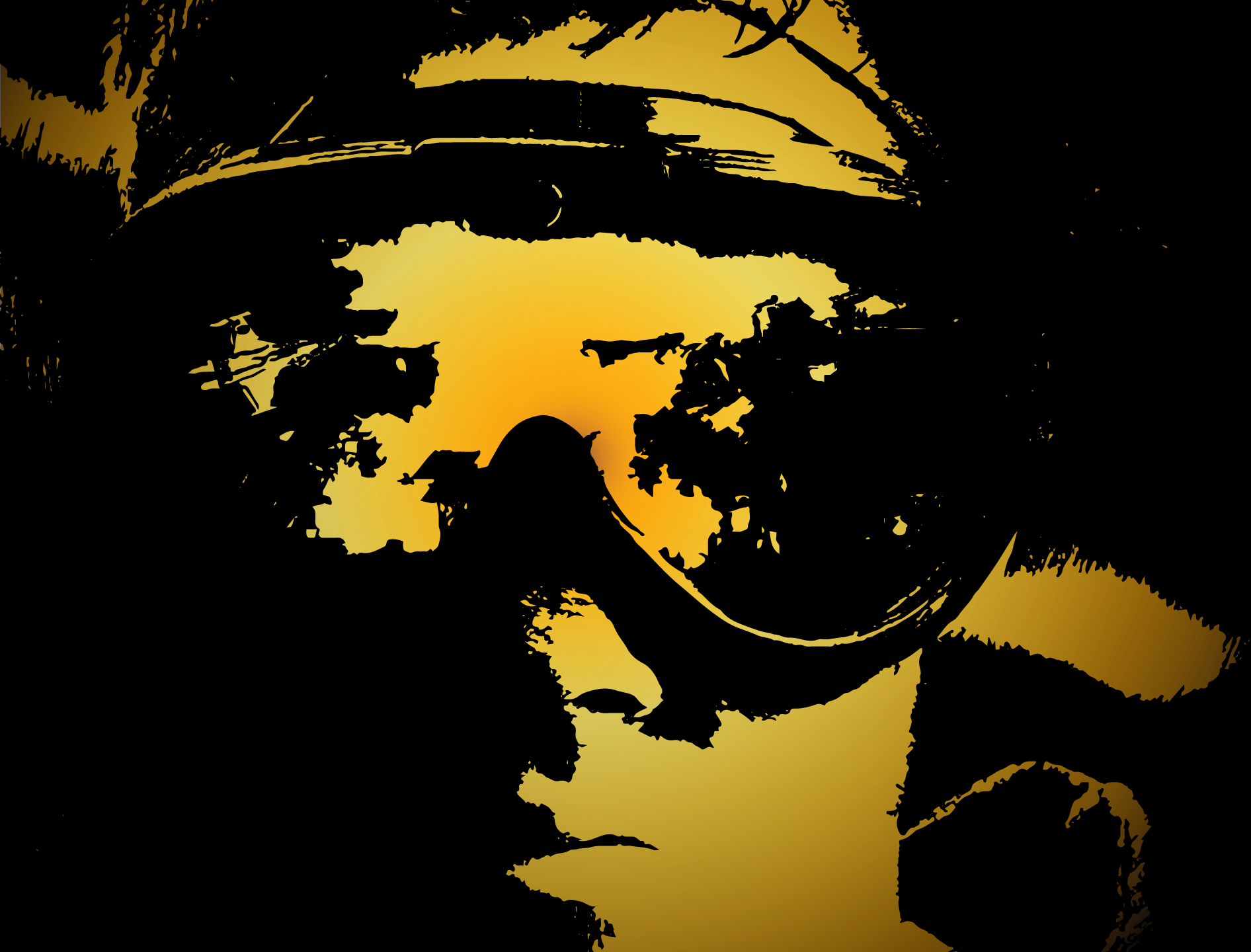 The RTS genre isn’t what it used to be. Once a popular staple of PC gaming, the genre fell into obscurity in recent times, being remembered mostly by old boomers and the entire nation of South Korea. I don’t really know why this happened, but what I do know is that back in 90s when I was but a lil lad, discovering the existence of strategy games blew my mind and I’ve been a fan ever since. I killed many an orc in Warcraft II, led legions of aliens in StarCraft, conquered space in Homeworld, shed an unspoken amount of metal in Total Annihilation and brought down the wrath of the gods upon my enemies in Age of Mythology. The history of this genre is rich and diverse and what better way to celebrate it than to revisit one of the pillars that started it all? Yes, in honor of its 25th anniversary that rapidly approaches, it’s about time I revisit one of my favorite RTS series of all time. So strap in, establish your battlefield control, and maybe grab something to drink.

Now, before we begin properly it’s worth to go over the installation process for these games. The majority of the C&C series is quite old at this point and getting them to run on modern systems is a pain and a half. Depending on how you decide to proceed, different steps must be taken. Lucky for me, the competent folks at CNCNZ.com have a comprehensive guide for pretty much every single game, and I’ll be linking it for your convenience. If you’re coming from the Ultimate Collection on Origin and just want to play the games, then you can ignore this, but if you want to mess with things like mods and the game’s resolution (and/or avoid installing a new virus on your computer) I recommend checking the link. With that outta the way…

Back in 1995, C&C wasn’t even a series, it was just the name Westwood Studios chose for their new modern RTS. They had already released what is arguably the ground zero for the genre as we know it, Dune II, but C&C would create a much, much bigger crater than its spiritual predecessor. This game is the granddad of RTSs, and as such, it is old and full of nonsense that to be fair, probably made sense at the time. Queuing multiple units? Rally points? Competent harvesters? Nah, you don’t need any of that. I hope you like hearing “Unable to comply. Building in progress”. Yup, this is 1995 alright. 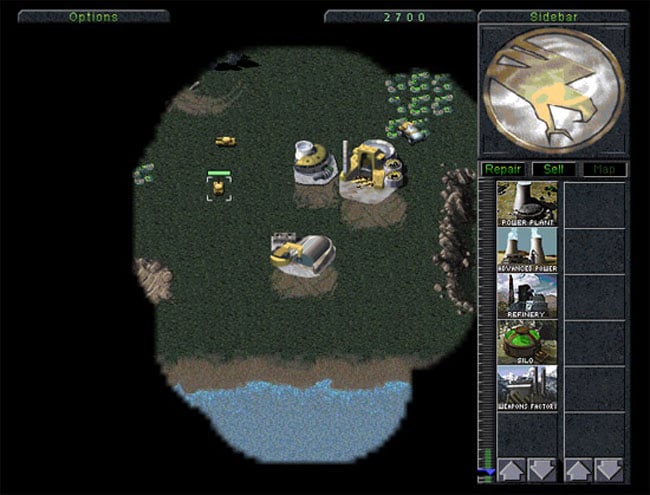 So what was that about C&C (that I’ll refer to as Tiberian Dawn from now on to differentiate it from the series) that made it such an important game? For starters, there’s the story. Not exactly the moment to moment beats, but rather the universe they created. The Gulf War was particularly relevant at the time and Westwood felt like a modern setting would resonate more with the players. After all, wars don’t exist in a vacuum, they are fought over politics, ideologies, beliefs or whatever the hell the people in power deem worth the cost. This is something the Dune universe actually shows really well, so maybe some of that experience carried over to Tib Dawn, but this is pure speculation on my part. I particularly like how the opening cinematic is framed as a bunch of TV shows that exist in-universe like news, dramas and even a commercial at one point (an idea that MGS 4 would also use, some thirteen years later). It quickly establishes what kind of world you’re stepping into: the existence of Tiberium—the super valuable alien crystal that is fucking the planet— and the two warring factions that fight for its control: the Brotherhood of Nod and the Global Defense Initiative.

The former is a secret society that learned a lot about Tiberium and control almost half of the world’s reserves, and the latter is a global militaristic government created in direct response to the rise of the Brotherhood. It’s more complex than what I’m making it sound like, there is a lot of backstory to both of these factions that was expanded as the series went on, but the foundation was there and you can see that they put a lot of thought into the world building. Especially Nod, with its religious imagery and the messianic figure of their leader, Kane. Remember that name, it will be important. 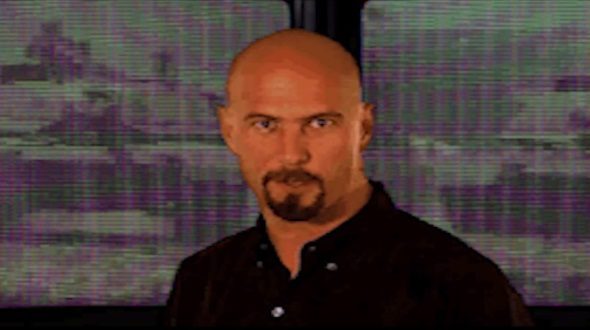 IN THE NAME OF KANE!

But just having a cool backdrop wasn’t enough. No, Tib Dawn had one more thing going on in its story department. Something that would become a staple of the entire series: FMV cutscenes. Here it’s pretty much in its infancy stage, every actor is pretty much a staff member and they recorded it all in “their basement”. The whole thing has this campy B movie tone, and they own it like bosses. It’s a good foundation and I’m glad it was kept for the rest of the series.

Right after that, you get to select a campaign to play, and now our journey is ready to begin. Regardless if you pick GDI or Nod, in both campaigns, you’re the new commander working to turn the tide of the war in your faction’s favor. After getting a short briefing, the game throws you right in the action. And right off the bat, you’re hit with that wonderful soundtrack! Tib Dawn has music by Frank Klepacki and his style is yet another staple of the franchise. The soundtrack is composed of a variety of musical styles, often featuring vocal samples. And although not every track fits the style of military RTS, I can’t say that I dislike them. From the iconic hard-rocking tune of Act On Instinct, to the slower rhythm of Rain in the Night, to the straight-up electronica that is C&C Thang, the game has a sound of its own, and I can’t imagine the series without Frank’s music.

Now that we’re properly bopping our heads, we can begin the fight. First, meet your new best friend: the sidebar. Here you’re gonna find every building and unit you’ll ever produce in one convenient place! It’s just a shame it wasn’t made with modern systems in mind, and it’s gonna require a lot of scrolling. Oh, and when I say one convenient place, I mean it. Singular. It’s buildings on the left column, units on the right and by Kane, you’re gonna like it! Playing this game really is an exercise in frustration, and I’m not talking only about the lack of modern quality of life features that we take for granted these days. The campaign is brutal! I don’t know if it is because I’m old, spoiled, dumb or some combination of the four, but dear Lord RTS games from this time were hard! Trial and error don’t even begin to describe my experience with some of these missions. Do these things exactly this way or go home! Every now and then the game will allow you to choose between two or three different versions of the same mission (the objective remains the same but the map changes) and the difference between them is gigantic sometimes! Worse, you have no freaking way of telling which path will be harder, so here’s a pro tip: save before ending every mission just in case you come to regret your choices later. One time, instead of getting a mission failed, the game just straight up booted me back to my desktop. I failed so hard I crashed the game. And did I mention that most missions require you to destroy the enemy from the map? Every. Single. Unit. Tib Dawn doesn’t fuck around, kids. The last thing that made Tib Dawn stand out from other RTS games, was the difference between its two factions. This wasn’t very common, a good example would be Blizzard’s own Warcraft (released just a year before Tib Dawn) where Orc and Humans basically had the same units with different skins. In Tib Dawn, the factions are distinct enough to allow different playstyles: Nod is generally more gimmicky, with stealth tanks and faster but weaker vehicles, whereas GDI prefers to solve problems with a hammer, bringing heavier firepower with more durable vehicles and grenadiers that I swear to God kill more allies than enemies. And how could I forget the superweapons, the ultimate way to give the galactic middle finger to your opponent! These late-game structures provide access to devastating firepower capable of decimating bases with well landed strikes. Nod’s nuclear strike deals massive AOE, while GDI’s orbital laser of destruction—the Ion Cannon— does more damage but in an extremely concentrated area. They both have their uses and would become more balanced in later games, but again like everything else, the seed was sown here.

With all of that said, would I recommend Tiberian Dawn today? Yes, absolutely. Not for long periods of time, this is an old game and it really shows. It has some frustrating limitations, the AI is missing the "I" part, the sidebar is a fantastic concept but here it still needs some serious refinement, some campaign missions can absolutely go nuke themselves and the engine is so quirky it could be a villain in My Hero Academia. But don’t let any of that stop you from checking out the game that started the series that would go on to become one of the pillars of the RTS genre. Not only is this game freeware, it’s also a window into the start of the Golden Age of RTS.

But this is merely the beginning. There’s still 22 years left of history to cover and the next game, we’re gonna explore World War II in a way you’ve never seen before. Also, time travel because why the hell not.