As I type from my new PC, I can't help, but feel very - happy. Not solely for the games or the faster everything I'll be doing on this computer. In general, life has been very positive.

I've been going out of my comfort zone, hanging out with friends (strangers even!) and feeling like I can fully express and enjoy myself more than ever before. Turns out you CAN meet fun people in the world at random.

At work, my bosses have been liking the progress I have been making. One went so far as to tell me that the overall goal would be to see me in a senior architect position. Well, ok then!

That was the small life update, so what about the videogame update? Well I have good news and some very tiny bad news. The good news is that the computer has been built! Everything is super smooth and super fast. It was a very long-winded and sometimes confusing process putting it together. 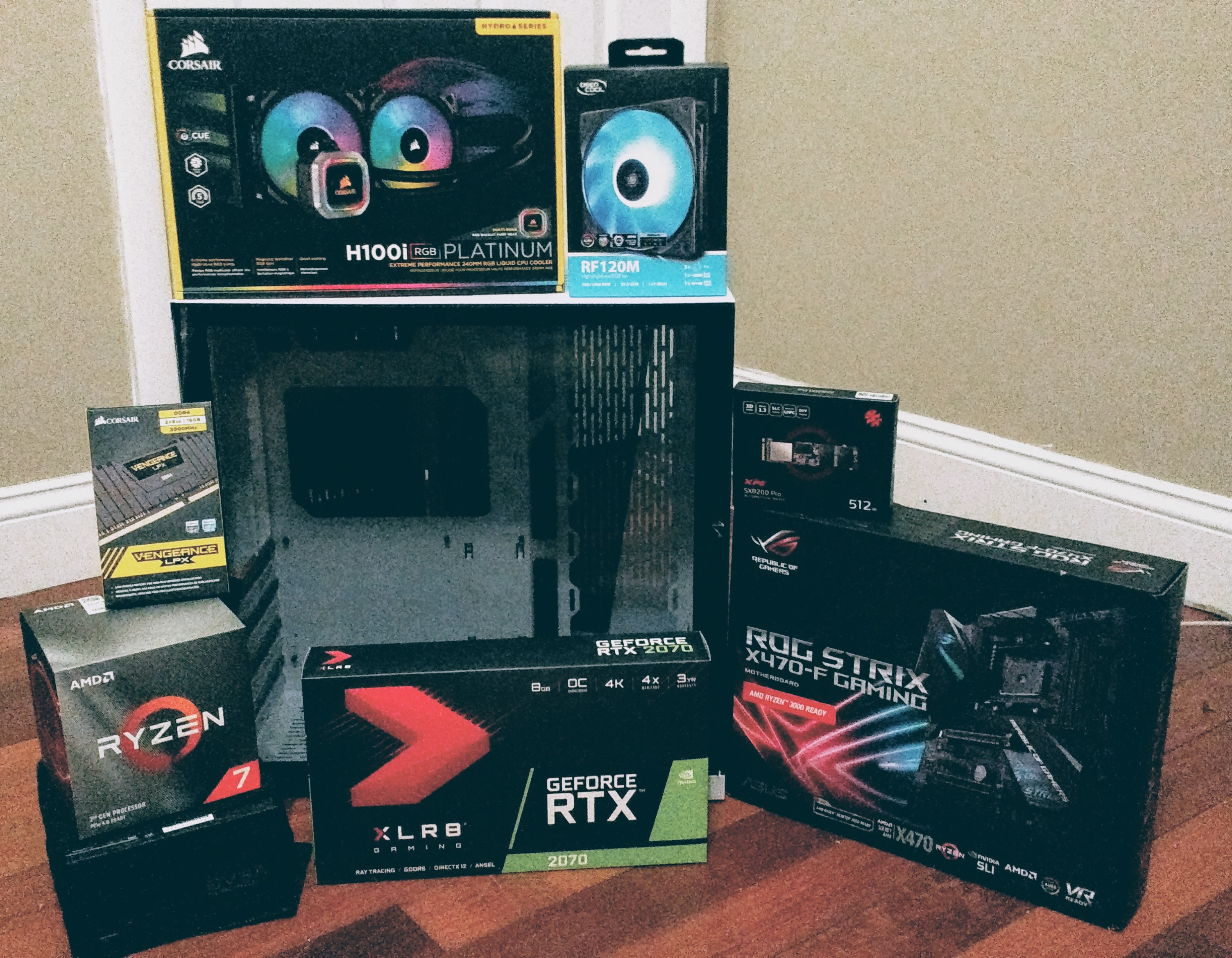 Starting from the left:

I was expecting to spend over $1500 for these parts. But through various deals, I was more or less able to get a nice looking PC with power that didn't break my wallet. The total came right under $1300. The biggest factor here was the fact I was able to get an RTX 2070 for $315 instead of the crazy $500-$600 prices I saw. I actually wanted the third-party ~$400 Rx 5700xt card but they sell out instantly, too. Plus the price was too good to pass up so I hauled ass to Best Buy immediately after work to get the card.

So how did my first build go? 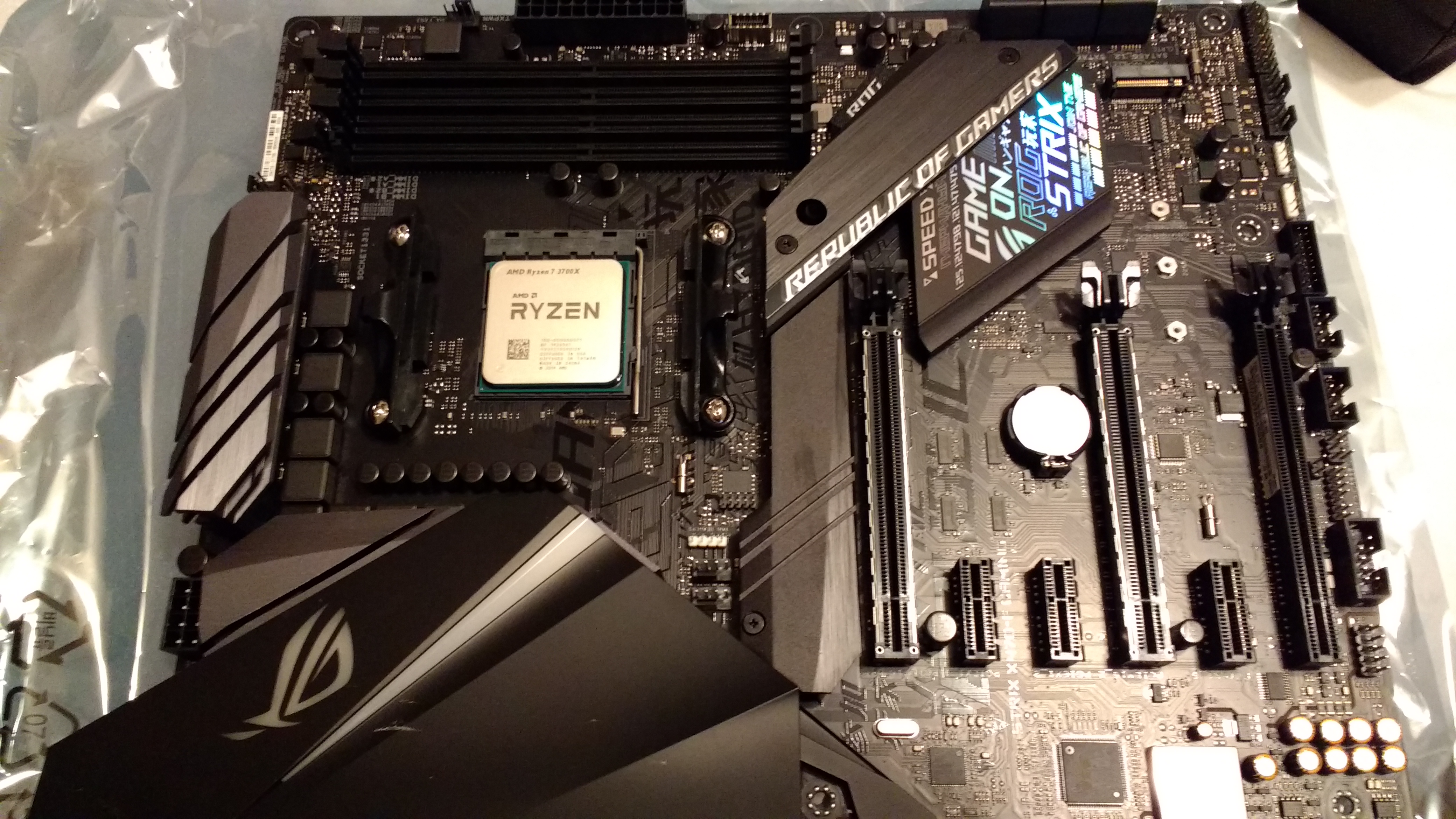 I must've spent hours looking back and forth at manuals. My neck definitely got a workout. Searching for 10-20 minutes trying to see what the hell they were talking about was definitely annoying. It was actually a very common theme throughout the whole day. Double-checking myself with videos and looking up unfamiliar terms happened every step of the way, too. 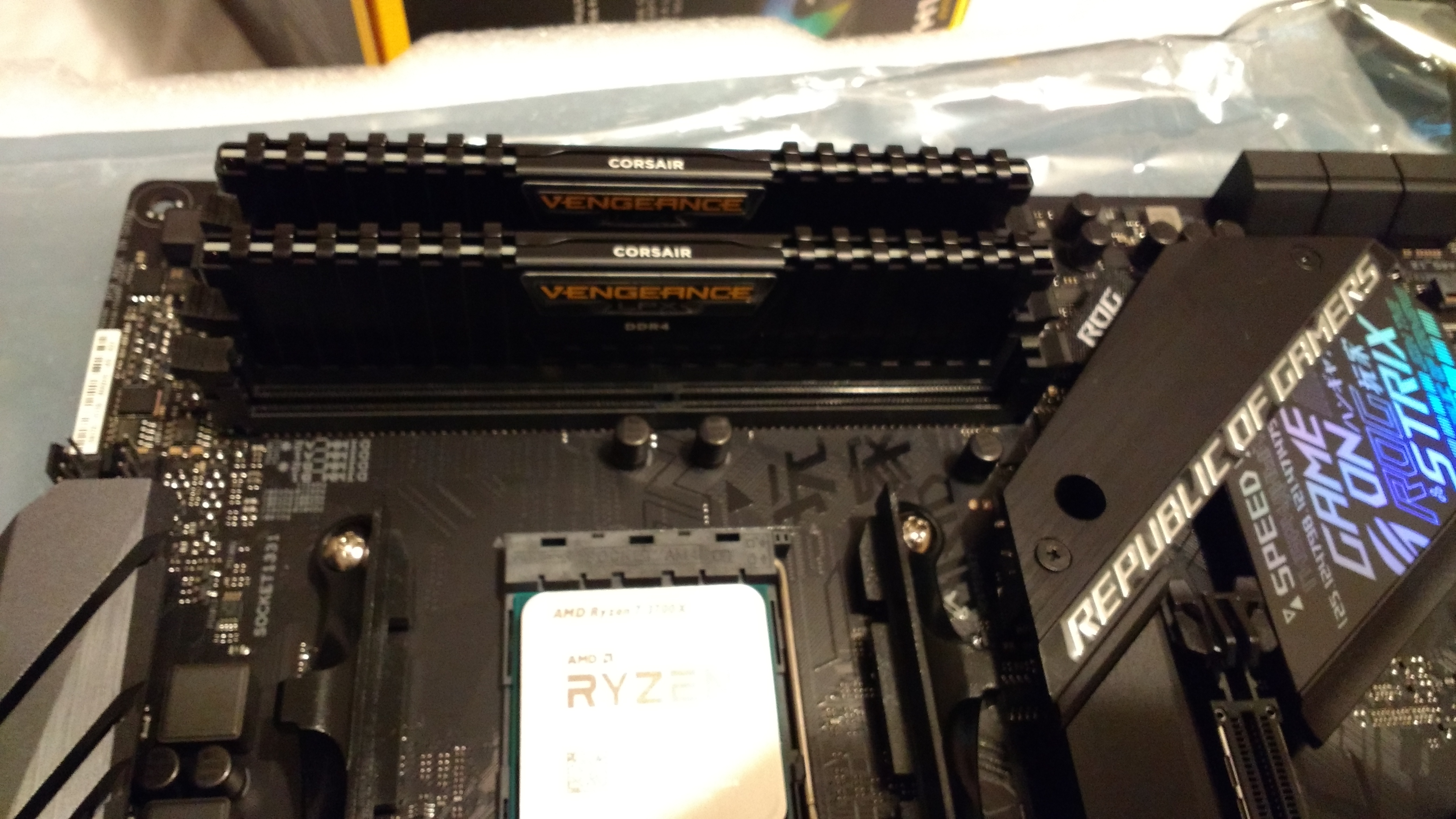 The one thing I remember is how much doubt I had in every part I installed. As soon as I encountered the slightest resistance on a piece, "Oh shit, what if this isn't the right part!?". Nope, just needed a bit more oomph and it fit snuggly. 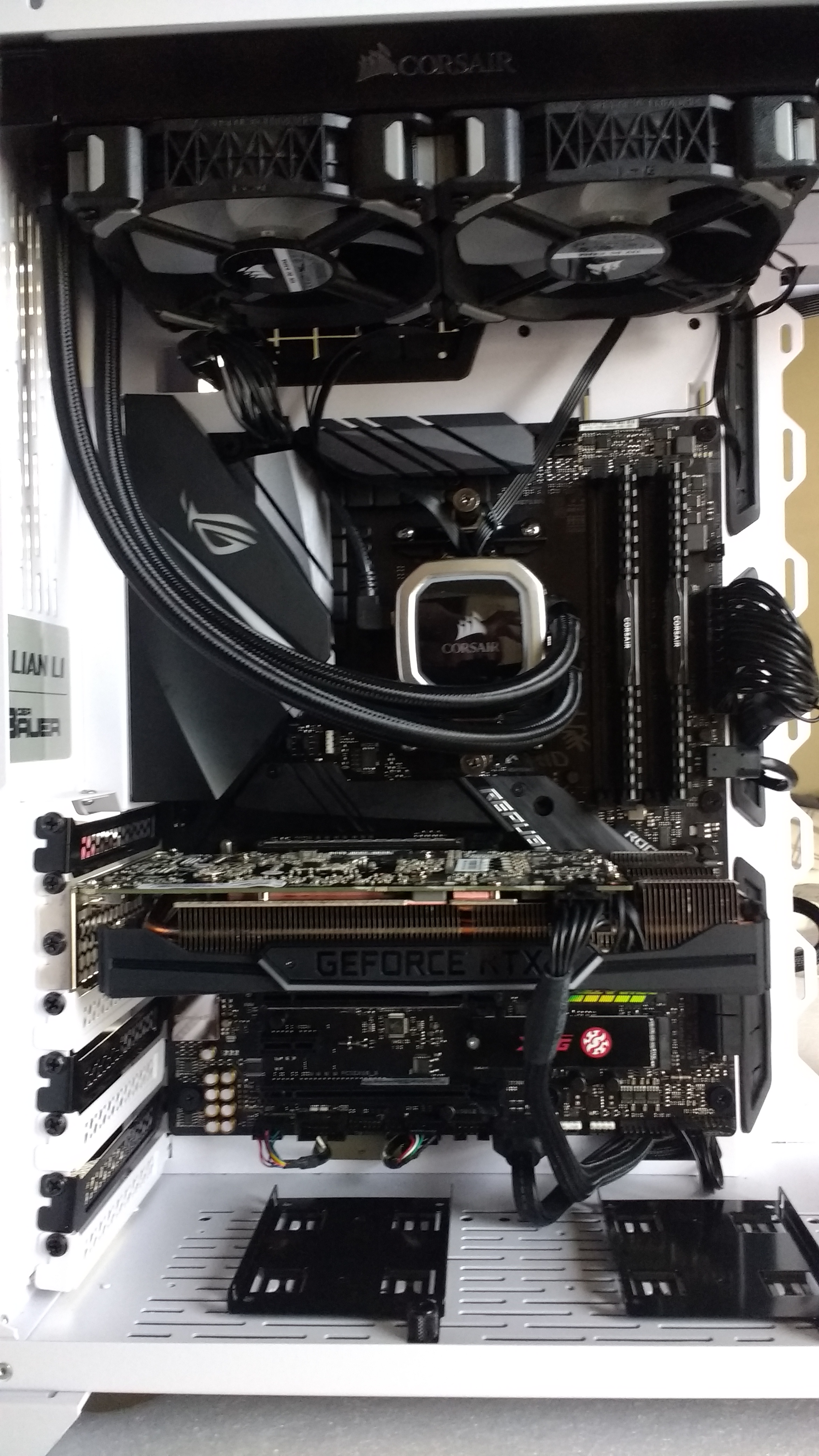 I am kinda bummed the GPU didn't have the logo light up, but it does have a white strip underneath that does. Although that is only one color. Another thing is the CPU cooler. I did not realize how short it really is. But that can be upgraded later. Speaking of the CPU cooler: that thing was very difficult to work with. For a good half hour I was searching if I had a defective unit or if this was an issue anyone else had. The damn screws were very very tough to screw in. Ultimately I just said fuck it and screwed them in. But apparently that's by design, as my friend would tell me later. They don't have the grooves inside the holes, until you actually do screw them in. 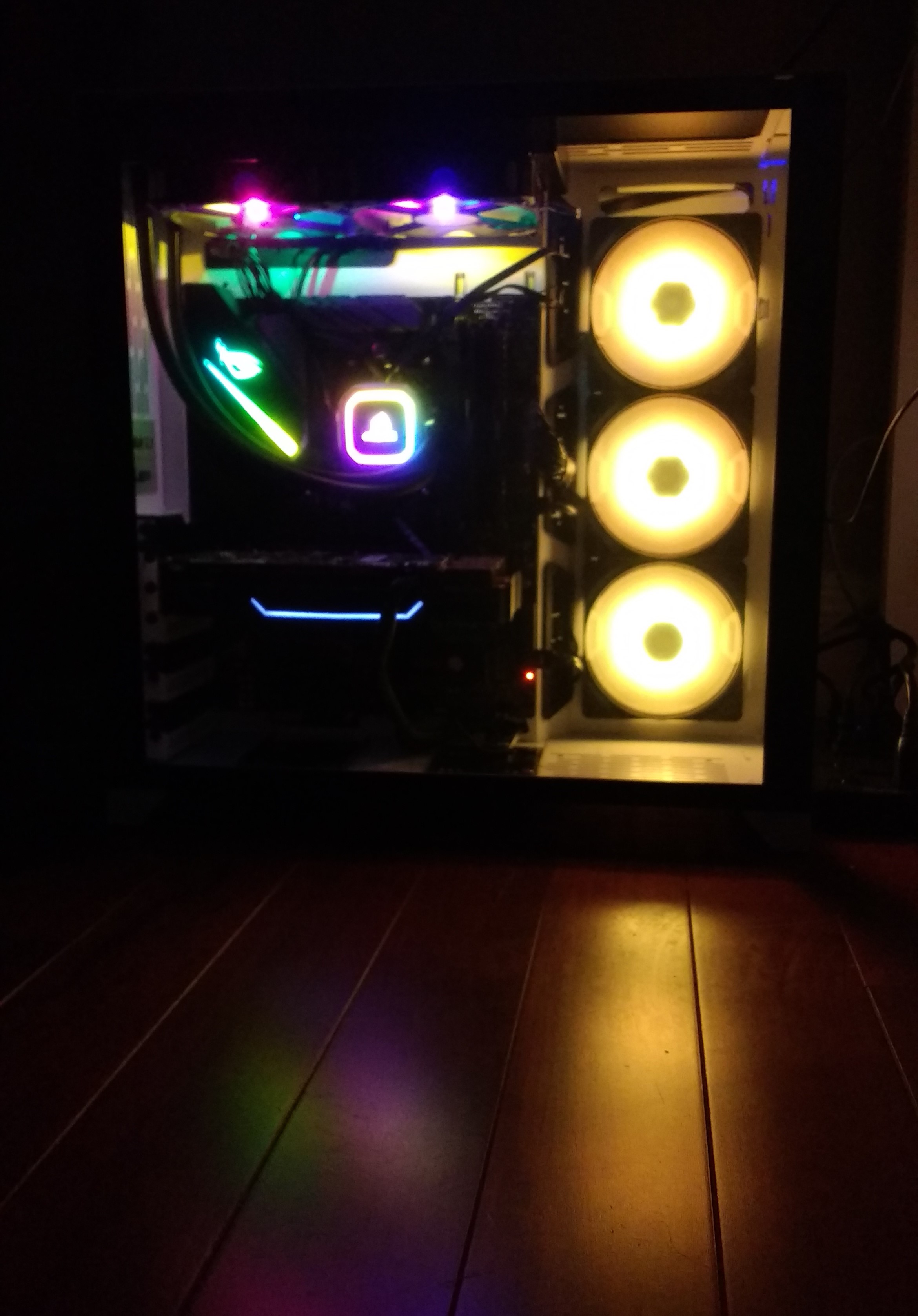 In the end, everything posted on the first try. Technically the second, because I thought I fucked up, but it was just that I plugged in my monitor to the motherboard and not the GPU. Rookie mistake!

So I got all the games from my past PC life back onto this PC and some new ones. It was annoying because I had to keep installing separate clients from all these places to get to and install one game. Origin for Apex Legends; Epic for Control, and obviously Steam for the rest. Having been years since I logged in, I had to reset and figure out passwords for all these, too. I would have downloaded Wolfenstein: Young Blood, but that's where I was over it. I had to download the Bethesda client to get to that one. Meh. Oh and Xbox comes pre-installed, so I have that too.

In practice though, it's just a click away to play the game once everything is installed. No different than changing games on PS4 be it digital or physical. So while it is annoying at first, it's not much of a hassle to play them.

Unity runs like a champ and I was able to bring my files over.

Unfortunately, this is where the slight bad news comes up. My other PC had some work done on it that I apparently didn't save to my GitHub repository. And it just so happens that old PC doesn't want to boot up anymore. I guess the HDD finally called it a day.

This whole journey has been very weird, but I love it. Sometimes things go right, sometimes things go wrong - so very wrong. But life keeps going. And somehow so does my little game. Admittedly, I am very excited about playing games on my PC. But that doesn't mean my game dev time will take a back seat.

This blog series has allowed me to focus and keep track of that. I very much recommend doing something like this to anyone out there who struggles with committing to a project, or anything really. I decided to make mine public, to make myself more accountable because then I feel a bit more obligated to update my progress. If I would have kept it private, I no doubt would've said, "eh, who's gonna know if I miss a few months?". Just me. And I would've felt no obligation to keep going once it got to that point.

This is why I have tried and failed many times in the past to start game development of any kind. It's a bit harder to do that here because I do like to pop in on the comments and Qtoid from time to time and so that realization is always in the back of my mind whenever I fall behind.

And there does seem to be some people who generally enjoy seeing progress being made from my end. They might not read every post - and they have no obligtaion to do so - but they like seeing where I am from time to time. To them I say thanks!

Anyway with that said, see ya'll next time!