I’m having trouble relaxing so I didn’t know if I would be able to contribute to this month’s Band of Bloggers prompt. The stress of working retail combined with car troubles, and building tensions at home has made it really hard for me to really unwind this past month. It’s not always as easy as just finding my happy place, or even recognizing what my happy place even is at the moment. I remember when I was younger, sitting half-asleep at school in the early hours of the morning, I would sometimes watch someone drive alone on the road right off of the school grounds. It was easy for me to take comfort in the idea of being alone, in a climate-controlled bubble, moving along at my own pace to places unknown...or someplace with pancakes, I dunno. The memories of those comfortable thoughts is what got me into Elite Dangerous, a game where I’m sat alone, in a climate controlled bubble, moving along at my own pace to places unknown...or someplace with transport jobs that pay at least 500K and bring me gradually closer to Bernard’s Loop 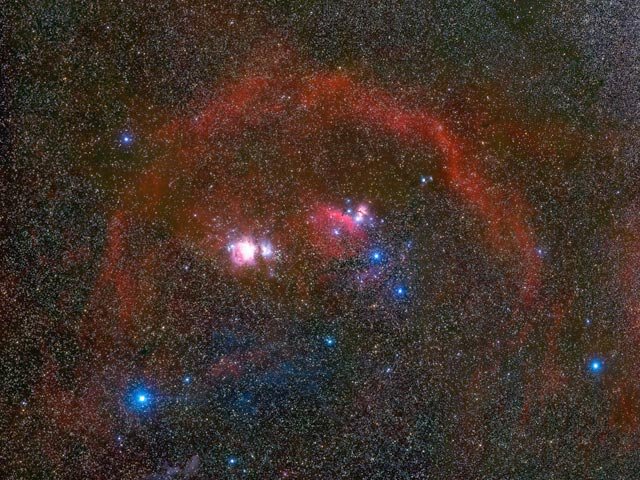 I’ve been talking about Elite Dangerous since July though so you know what else relaxes me? An interesting story, well told, and a chance to prove how smart I am. I can’t necessarily call point and click adventure games universally relaxing, but Beneath a Steel Sky is a game I’ve replayed multiple times over the past couple years and it never fails to relax me. In Beneath a Steel Sky you play as Robert Foster, a man who was raised by a tribe in The Gap (The Australian Outback) but who finds himself lost in Union City after he’s captured on the orders of its AI overlord, LINC.

The main thrust of the gameplay is essentially just getting Foster access to lower, and lower, points of Union City. You unlock new areas to explore by collecting items, using items on other items, there’s an instance of combining items in your inventory so as to create even better items. It’s fairly standard point-and-click gameplay but unlike games like Space Quest and Space Quest 2, Beneath a Steel Sky doesn’t try killing you on every new screen. The first time I played this game I only died once, and going back to see the other points where it is possible to die (or encounter a fail state), I found that it’s actually fairly difficult to die or get stuck. The most frustrating aspect of Beneath a Steel Sky is the virtual theater system. There are parts of the game where you’ll need to speak to certain NPCs but a lot of them move around on their own, so finding them can be time consuming. It was an impressive bit of programming when it was introduced in the game Lure of the Temptress, which is thought to be a proof of concept more than anything, made by the same developers as Beneath a Steel Sky.

It’s kind of hard to say why exactly Beneath a Steel Sky is a relaxing game for me. The narrative and characters aren’t anything spectacular, and I only replay it once I think I’ve forgotten most of the puzzle solutions. That being said though, with my most recent playthrough, I only got stuck at one point because I forgot I had to ‘Look’ at a thing before I could open it. I’m looking forward to the sequel, Beyond a Steel Sky, but I haven’t seen too much information about it quite yet.

You know what else relaxed me this month? Segmar’s Garden: It’s the matching mini-game present in Opus Magnum. I would liken it to Mahjong but I haven’t actually played Mahjong in nearly a decade, so it may be a false equivalence. Segmar’s Garden lays out a set number of marbles in a large field, the point of the game is to completely clear the field by matching marbles, thus eliminating them two at a time. Marbles are only in play if they’re not being touched by other marbles which is why it makes me think of Mahjong. I don’t think I’m explaining it too well but actually sitting down and playing it is one of those experiences where it just feels like I’m almost entering a Zen-state. I don’t necessarily go on autopilot, but I definitely feel calm and like everything around me slows down a little bit. It was also one of the easier achievements to unlock in Opus Magnum, if you’re into that kind of thing: I think there was one for winning Segmar’s Garden ten times, and there was definitely one for winning 100 times. I’m doing what I can to relax and not let stress overcome me in general. The games I’m playing is definitely helping me too.