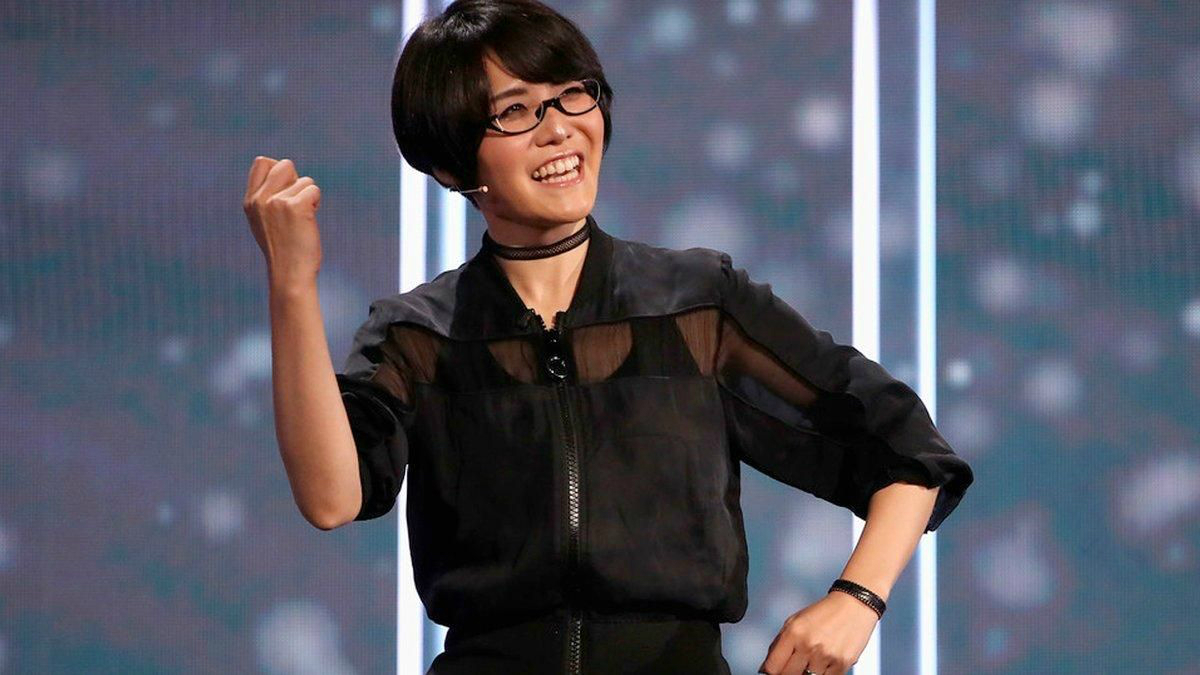 The prevailing theme in October is usually horror games due to the strong influence of Halloween on pop culture. In keeping with Destructoid’s annual tradition of blog writing in October, the theme is related to scary games. Just as this year’s “Hello Darkness” prompt suggested, it revolves around games that solicit feelings of dread and horror. However, are games of this genre the only games that solicit these types of feelings?

If you think about it, scary games are designed to be one thing above all, and that is to be as uncomfortable for the player as possible, while at the same time providing enough room for the players to willingly delve deep into the non-comfort zone.

It is clear that horror games are not the only games that can extract you from your comfort zone. Many games of different genres attempt their best to simultaneously upset and cajole the player to invoke alternate feelings of frustration and helplessness, while also providing moments of pure joy and victory. Some games, like Papers Please, don’t provide the slightest form of joy or release.

But outside of challenging games – which is a form of discomfort that is pivotal to gameplay to a certain degree – there are also those games that aim to harass the player in unique and inventive ways.

The survival genre is built on the concepts of scarcity and continuous maintenance. The idea that resources must be scavenged to be consumed regularly, and that there may be a possible shortage that leads to failure. Note that the possibility of shortage may simply be suggested and could be a very remote possibility, but it will affect how the player reacts to the game.

This concept is brilliantly used in a game I am playing now, The Banner Saga. In this game, you oversee a caravan of warriors for most of the time. This caravan consumes resources that deplete with each passing day. Resources can be bought using experience points that can also be used to buy items and upgrade characters as well. These scarce resources force you to juggle three different priorities, creating a situation where the player must debate within themselves.

When an event happens that mentions half the supplies could be poisoned, you must balance the risks of that being true vs. the risk that poisoned supplies would kill off some of your warriors. There is a distinct possibility that none of this could matter. You might have more than enough supplies. However, until you know for sure, the illusion of scarcity raises the stakes so much that you become more invested in the game.

Other games aim to be emotionally, morally, or even viscerally uncomfortable. Sometimes, games try to transmit these feelings through the gameplay itself. Adding layers that cause tensions, difficulty, discomfort, or any other negative feeling. Often, this is where receptions can widely vary.

For instance, the animal character in The Last Guardian was designed to ignore the player in the early game, becoming more responsive as trust is built between the two. This is the feeling I got from the game, and one I think was true to its message and concept. However, some people found that degree of unresponsiveness annoying, and they didn’t appreciate this relationship between story concepts and gameplay.

I found the way the boy’s relationship with Trico developed to be organic, others found it confusing and tedious.

This is usually where developers need to be careful to differentiate between being difficult or uncomfortable and being plain tedious. As with many horror games, you usually fail if you scare players away from playing your game. You want to be scary, but also provide enough hope so that the player want to progress.

Recently, Hideo Kojima’s Death Stranding was released to mixed reviews, despite its respectable 84 Metacritic score, where even reviewers who gave it high scores used adjectives such as “boring,” “tedious,” or “pretentious” to describe its gameplay and story. Since I haven’t played the game, I will not attempt to make any statements about the game itself, but rather its reception.

I think similar to how The Last Guardian was received, not all players will engage with Death Stranding’s gameplay with the way some of the reviewers (or even Kojima himself) wished them to. How someone can receive a game and interact with it is difficult to control (which is why some games opt for over-long tutorials that ensure the players know how to best play the game).

In the end, games that aim to discomfort, horrify, or otherwise upend the established norms all face an uphill battle. By definition, their attempts could fall flat, be too successful and off-putting, or simply become tedious to go through.

It’s a tight balancing act, and I don’t think you can include every demographic in that balance easily, but I think games that push the envelope make gaming more interesting as a whole, even if I end up being bored to tears playing Death Stranding three years from now.

*- I am guilty of not commenting much on Chris Hovermale’s incredibly detailed and well-written front page material, but that’s because I don’t comment much on the front page in general. This blog is his goodbye as he seeks other things in life. You will be missed.

*- This blog by The Rambling Gamer is a good analysis of why World War II has been (and still is) a favorite setting for video game developers (note the Western bias though).

*- It is absolutely criminal that there haven’t been codes of good Mario Maker levels spread around, which is what makes Tony Ponce’s recreation of some Mega Man levels stand out even much more.

*- LaTerry’s Band of Bloggers blog perfectly encapsulates the feeling of overcoming something that seemed daunting to you at first. In his case, it was finishing Dragon Quest’s first three games (the Eldric trilogy) after failing to do so in his youth.

B- The Band of Bloggers prompt this month (written by Shoggoth2588) is about unresolved business with games:

B- Other than Band of Bloggers, the Bloggers Wanted prompt is back as well, and it also deals with scary games:

Amnesia is a horror game that made me so uncomfortable I couldn’t finish it.

A- I guess Agent9 is fed-up with people giving Game Freak any excuse for nixing the National Dex from the latest Pokemon game. Frankly, I don’t think Game Freak could do anything to satisfy everyone, so they shouldn’t even bother with excuses. Wallets speak louder than words my friends.

A- TroyFullbuster waxes lyrical about Dtoid’s own robot, the busy bee Chris Carter.

A- This blog contains spoilers for Nier: Automata where Kevin Mersereau discussed the real antagonists of the game.

A- Nior continues exploring the gaming scene in Brazil, focusing on locally developed games in this blog.

A- This blog by Deediddle is not as much a review of Yooka Laylee as it is an article about the state of platformers today from a big fan of the genre.

S- It looks like Kerrik52 is back with his weekly reviews of past games in his Traveller in Playtime series:

S- Osc is continuing to report the progress of his game development.

Many people enjoy survival games, some find them incredibly tedious, and different games sometimes get different reactions from fans and detractors of the genre.

S- Aurachad is streaming some stuff.

S- Boxman214 writes about his complicated relationship with Halloween.

N- Apparently, 343, the developers for Halo are having a massive upcoming playtest, or so OmegaPhattyAcid reports.

T- GreatTrickyShitGreat (what a weird user name) gives his thoughts on Wing Commander.

T- I don’t know what it is about Far Cry 2 that makes people write more about it than any other game in the series but Riley1sSpook is not impressed.

T- Just like Lurelin’s reaction to Fortnite proves, no matter how popular a game is, it may not be everyone’s cup of tea.

T- I suppose some people will agree with Michael Arretta’s evaluation of Final Fantasy IX as the perfect MMORPG.

T- A lot of people seem to be enjoying The Outer Worlds, and genoforprez is no different, especially loving the romance and leadership systems in the game.

T- Asphalt Legends is apparently the “arcade racer of this generation” as per Skazfest’s blog.

The Banner Saga wouldn’t be as good if not for its elements of scarcity and the uncomfortable choices it asks you to make.

P- Check out this early preview of The Outer Worlds by Dinoracha who has a lot to say about the game.

P- Lovebuzz is previewing BIGHARDSUN, as a survival-indie game that he is involved in making.

D- Calvinbrine continues his talk on how to develop the perfect 2D Metroid.

M- PhilsPhindings continues his excellent series where he looks for similarities between famous video game tunes and other music from different sources:

S- Ras Rauf reports on the opening of the new Nintendo Tokyo store.

R- I can also get as pissed as VeniceCivilian when I get a bad roll playing Civilization.

R- The Dragon Quest series is known for its catchy subtitles, which inspired Kclack to come up with a few alternate titles for Dragon Quest XI.

V- Checkout this video made by TroyFullbuster looking at Easter eggs in Luigi’s Mansion 3.

Some people will enjoy awkward controls and massive backtracking, others might be bored out of their minds.

F- Sorry, but these short blogs by Aurachad are no longer making any sense.

F- Terminator may be overpowered in Mortal Kombat but you are not very convincing in this short blog.

F- This may be a charming blog, but it is still too short to be in the Cblogs.

F- This criticism of The Witcher 3 Switch port may be valid, but it is not detailed enough for a blog and should have been a quickpost.

F- The Cblogs is not the place to ask for in-game support, but you can always try the Qposts.