The Romance and Leadership In Outer Worlds Deserves An Award

I'm going to be up front with you that I haven't finished this game yet. I'm level 20 and stomping around Monarch right now. It's possible I'm still ignorant on some things, but I feel like I can already address at least two things that by themselves deserve credit, appreciation, and acknowledgment in the highest regard. This blog post may contain some spoilers about Parvati and other later crew members. Ya been warned.

So first I wanna talk a moment about Parvati, who you might also know as Best Girl, and also Kaylee From Firefly. (If you love Firefly and you don't already know how much Outer Worlds loves Firefly, you are IN. FOR. A. TREAT.)

One of the first and obvious things you're gonna notice as you start getting to know Parvati better is that she's a lesbian. But the representation does not stop there. It quickly becomes clear that Parvati is not only lesbian but also ace! I mean "ace" in the sense of "asexual" and not in the sense of "great", but it should be noted that she is extremely both. The fact that her being ace is so emphasized felt really important to me. Several other friends of mine who are ace almost immediately started messaging me about out how touching it was for them that the writers of Outer Worlds would not only choose to represent this in such a central character as Parvati but also to do so with such kindness and with such well-informed understanding of the ace experience.

Outer Worlds respectfully portrays that some people in this world feel love and romance as intensely as anyone else and yet have absolutely zero desire to touch orifices or may even be repulsed by the idea. But that's the easy part. Where Outer Worlds really earns high marks is in its demonstrated understanding of the anxiety and struggles often associated with being ace. Imagine feeling romantic interest for a person but feeling like you have to hide it and shouldn't ever mention it, because it's possible that they will like you back and then you will just be a huge disappointment to them. Imagine staying lonely because you are sure no one could ever be in a relationship with you without thinking you are cold, passionless, boring, unsatisfying. Imagine staying lonely because you fear that if you ever enter a relationship, it will just end with you getting cheated on or dumped in favor of someone who likes sex. That last bit may sound a bit funny if you're not ace, but if you *are* ace, it is an actual heartbreak nightmare.

The writers who decided to go this way with Parvati seemed to really care about it, and I think all the ace players out there are going to appreciate being seen a little. Just another of the million ways that Parvati is undeniably Best Girl.

But Outer Worlds deserves awards not just for representation, but also for its sexual maturity. And I don't mean "sexually mature" in the sense of "it has sex in it". (No weird, groping mannequins in this game, folks). Here I literally mean "it is mature about sex".

Outer Worlds breaks away from the Dragon Ages, Mass Effects, numerous JRPGs, and god knows how many other games of this sort, in recognizing that there are ethical considerations and power dynamics to sex.

For example, let's say that in the real non-video-game world, you are the captain of a ship. You are the boss and supervisor of every other person who works on this ship. You have control over how much they get paid. You have the power to fire them. And let's suppose you go around the ship making flirty remarks at all of them and treating them as a menu of potential fuckbuddies to choose from. What do you suppose would happen in such a real world scenario?

HELLO, THIS IS SPACE HUMAN RESOURCES, CALLING TO TELL YOU THAT YOU ARE SPACE FIRED FOR NUMEROUS ACTS OF SEXUAL HARRASSMENT IN SPACE AND GENERALLY BEING A GROSS AND PREDATORY SPACE DOUCHE. 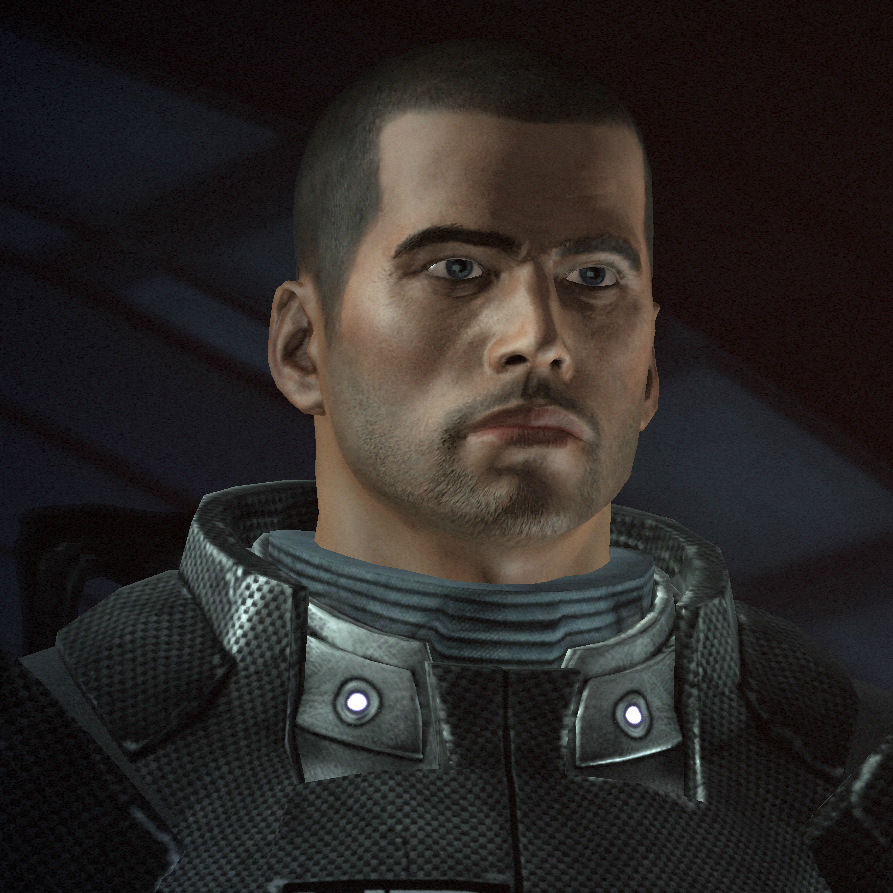 YEAH I AM TALKING TO YOU.

So it's pretty cool that Outer Worlds seems to realize that this is a disgusting way for a human to behave. Instead, as you're first getting to know all of your crew members, you'll find that they will develop romantic feelings for OTHER people in the game world who are NOT YOU.

They will want to talk to you, and to each other, about their interest in or attraction to other people. In some cases they will want to confide in you about their romantic anxieties and endeavors. Your role in these cases is to support them, encourage them, tease them, or just abstain from involving yourself.

There is one great but missable interaction with Felix, who if you haven't met him is something like a lost puppy dog with too much anger and too much enthusiasm for the sports ball. The interaction involves having him in your party when visiting a certain sports bar that can be found in the game.

I knew he was going to love the place, which is why I specifically took him there. I was hoping for some kind of response, and I can confirm that I was rewarded. What I did not expect is that he would be immediately entranced by the woman and fellow sports ball nerd who owned the bar. As you strike up a conversation and are trying to talk to her, she and Felix begin flirting with each other over your shoulder, and you have the option to interrupt or just keep repeatedly choosing to stand back and allow Felix to make this connection, which to be honest, he probably sorely needs. I could feel myself smirking both in and out of game every time I selected the "Quietly watch and listen" option.

Don't even get me started on taking Parvati shopping. 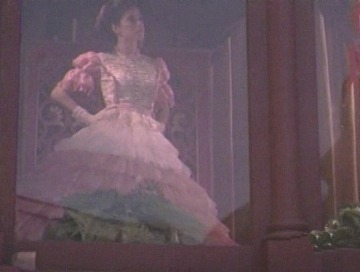 Have I mentioned that Outer Worlds *loves* Firefly?

Your being very frequently a bystander to the private lives of your crewmembers has tremendous benefits to the writing, and I'm sure Obsidian's excellent and careful writers knew very well what they were doing.

First of all, refraining from offering up the entire crew as a menu of potential fuckbuddies to choose from means that Outer Worlds purposefully and deliberately chooses to NOT degrade them as people. It respects them instead. What a crazy idea!

In other RPGs with romance and the associated romantic "approval rating", there is an underlying problem where, no matter how well written and interesting your virtual friends' stories might be, the player is implicitly invited to get to know them with an ulterior motive: to listen to this party member's story about growing up in poverty, but also in the back of your mind considering what the best response would be that would most likely lead to the scene where your two digital mannequins have awkward polygon sex.

TFW your partner walks in on you watching weird mannequin sex in your video game.

Since Outer Worlds does not encourage you to sexually prey on your crew, you are free to just like and respect them as people with absolutely no ulterior motives or other strings attached. It also means that you don't hone in exclusively on your virtual romantic interest and instead pay more attention to your ENTIRE crew.

But most importantly, and I cannot overstate how important this ends up being, the fact that you don't form a personal relationship with anyone on your crew, but are instead offered countless opportunities to counsel and support them, means that you end up actually feeling like a trusted friend and a good leader. You're not taking advantage of the friends and employees who work for you. You're helping them, providing them with a home, with a job, with advice, and maybe even with a role model.

Ultimately, what this means is that when you're 100 hours into Outer Worlds, you're not a playboy captain. You are a PROUD captain because you can look back and feel proud that you have been a GOOD leader.

But most importantly you can feel proud that you are a fucking COOL captain. Ya get what I'm saying? 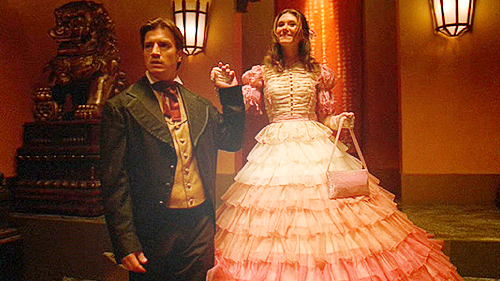 I have not yet finished Outer Worlds and can't yet imagine wanting it to be over. Maybe I'm speaking from ignorance and there turns out to be some kind of romantic option by the end. If so, I certainly hope it's none of my crew. Getting romantic with someone who is not one of my employees would probably be fine. Captain Mal has his Inara and all that.

But anyone who has ever been in a position of leadership for a long enough period of time knows that there is a certain kind of loneliness to being the person in charge of everything. I don't know if I will be offered the opportunity to kiss anyone by the end of Outer Worlds, but even if the answer is no and I end up being kind of a lonely leader, that is just the way leadership is sometimes, for better or worse, and that is another very mature thing for a well-written story to portray.