As one of the earlier games on the Saturn, Astal wasn't probably designed with that console in mind; the fact that it escaped the trappings of early 3D "advancements" being a proof of that. Yet, with its weird aesthetic, not even its beautifully drawn graphics could hide a very basic and uninspired Action Platformer.

Even in the Genesis, Astal would not be considered a good game. 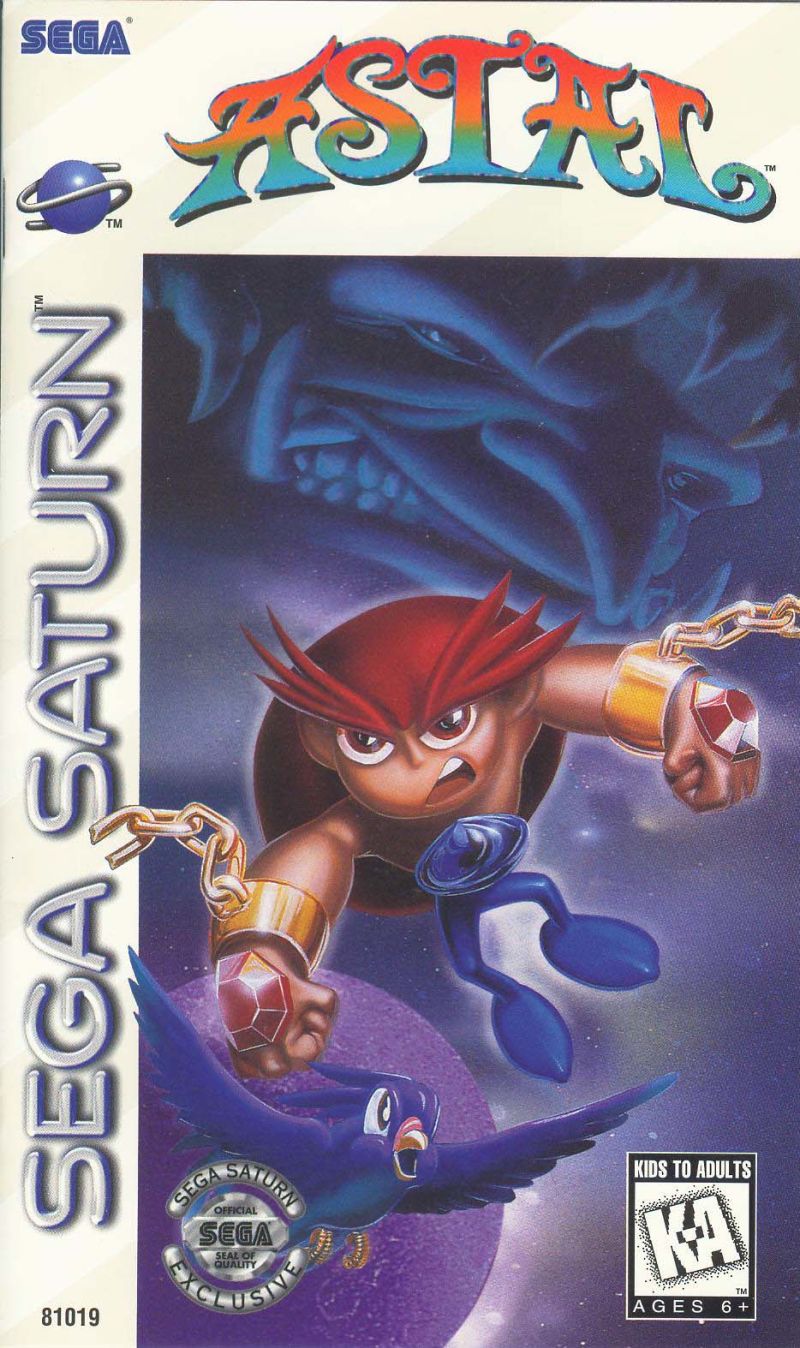 The game begins with an acceptable cartoon prologue, explaining how the universe and its characters were created. In short, Astal was created to protect Lida, a creator of life, when a big bad thing caused Astal to destroy much of the world and get banished as a result.

To its credit, the game doesn't abandon the story as you go forward, and in fact offers a fully voiced narration of Astal's journey of redemption, I guess. It's presented in a way that is aimed directly at children, and it works well for that demographic. 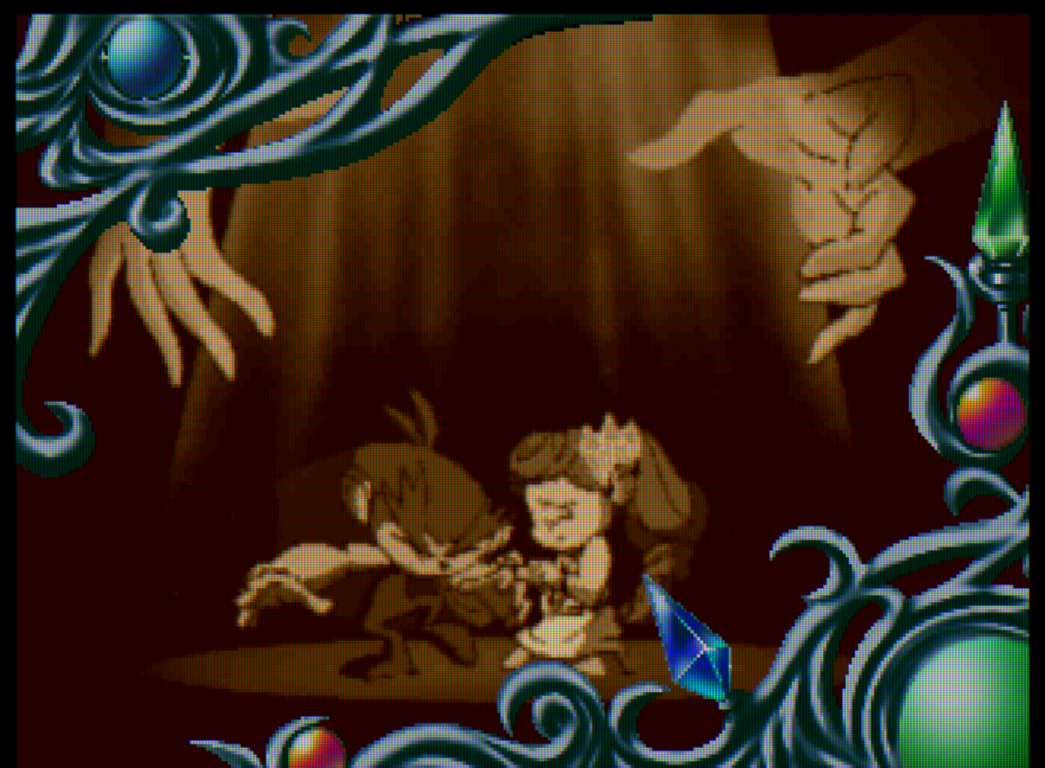 Even cutscenes have a story book asthetic

For everyone else, it's a cheesy story with some poor voice acting on top.

"Get away from e you stupid bird. Quit following me"

If you hoped the gameplay would improve on the story, then be disappointed at the game failing to cross even that low of a bar.

Simply, this a game that is slow and boring. Any attempt at speed is mired by poor movement, lag in actions, and some ridiculous hitboxes. All of that conspires to create a slog of a game that is a little fun to play. 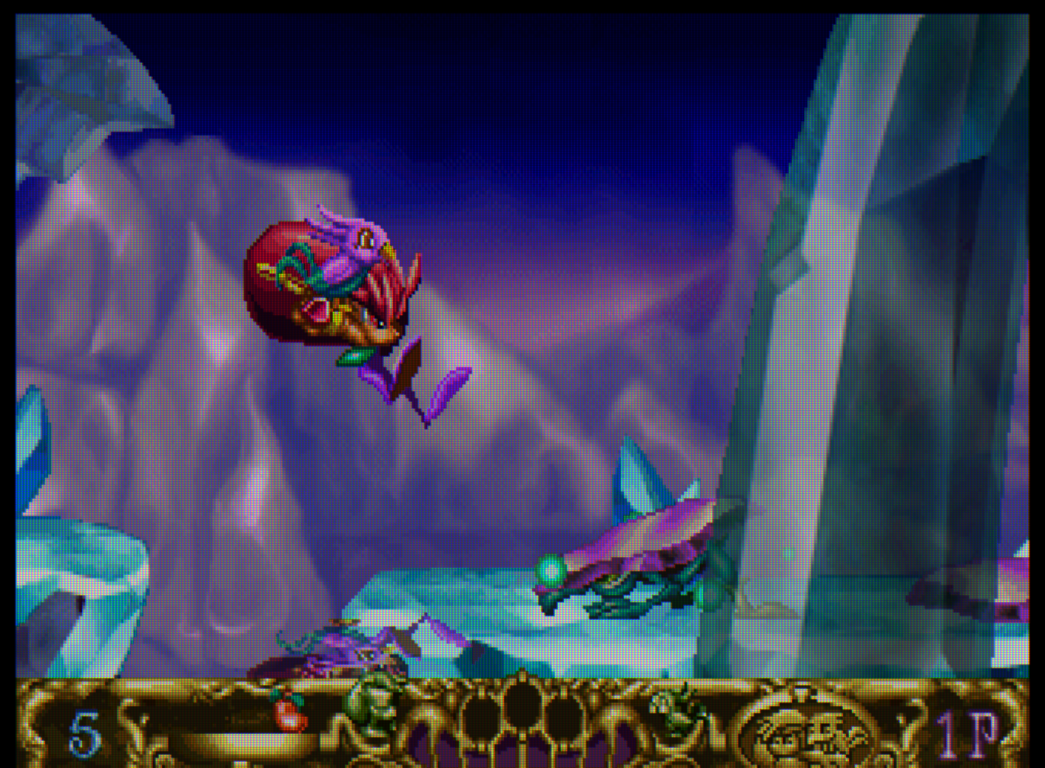 It looks more dynamic than it really is

One saving grace is that the game is actually very short. So short you could finish it in one sitting if you were not bored out of your mind of playing it.

"Astal, please stop, you are scaring everybody. You've got to try a little compassion my friend"

Realizing that the majority of its gameplay is uninspiring, the game wisely crams in as many boss fights as it can considering its short run time. These encounters are actually not bad, even if your worst enemy is your own controls and weird hitboxes.

During these fights, you will need to use all the tools at your disposal, which brings up the game's central gimmick. In his quest to save Lida, Astal is joined by a bird companion that he can command to attack or bring health items. Frankly, I didn't understand exactly how to choose what the bird does, but I managed to utilize it well when it mattered. 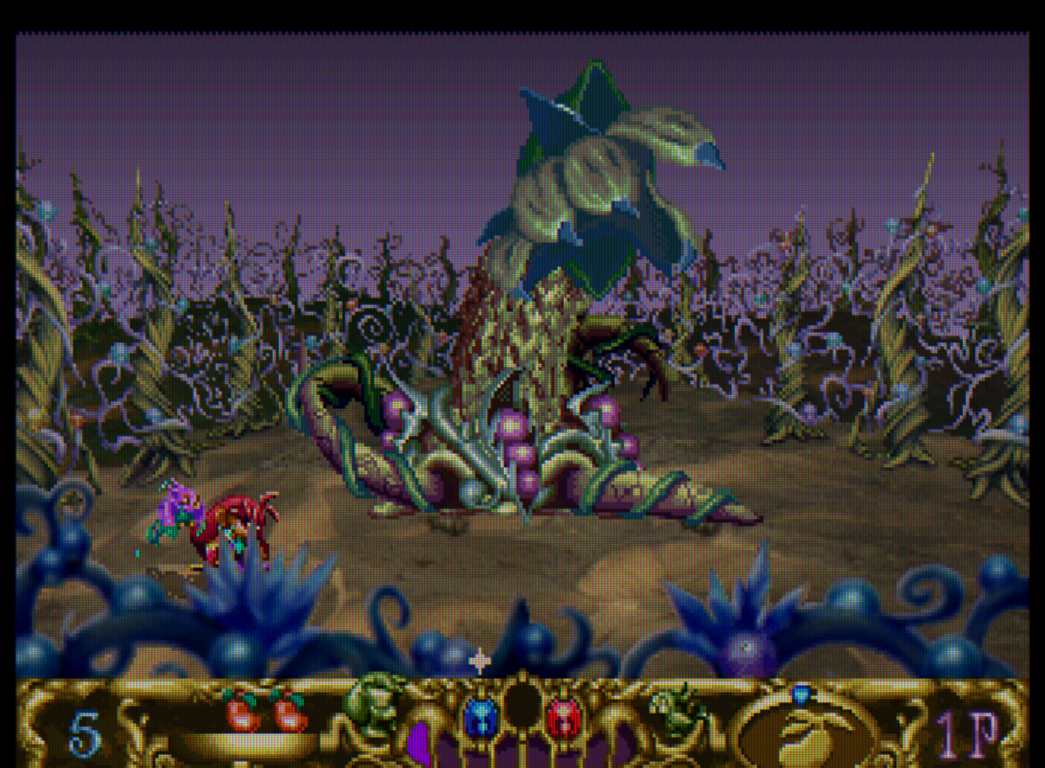 Boss battles are the "highlight" of the game

Some other thing that you can do is blowing mightly on things, which works well to push smaller projectiles away (only if it is intended to do so) and extinguish fires.


"Pathetic, you can't even defeat a little boy"

With some really good 2D graphics, this could have been a really beautiful-looking game. Instead, it is plagued with some of the worst designs I ever saw, with no thought to consistency or suitability. Hell, the best looking thing is a giant bug that looks like it was lifted from a Studi Ghibli film, and then you have some Golden Age of Western Animation designs combined with children Anime styles. 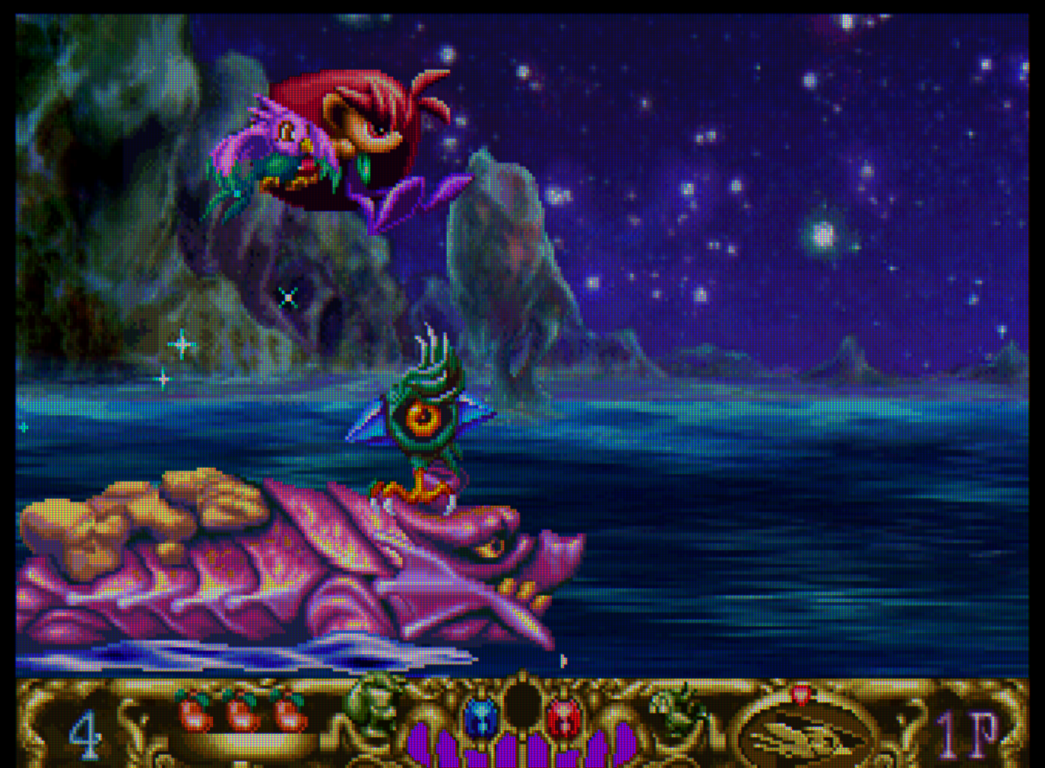 The graphics are really good

These styles jar against each other, but even without that inconsistency, the design of the main characters is unappealing to me.

Other than the terrible voice acting, the sound effects are also annoying. Thankfully, the music manages to be more than halfway decent. In fact, it is the only thing I am willing to give unqualified praise for.

I don't understand what was Sega's objective with Astal, at least not in the US. In Japan, the hero had five hit points and infinite lives, which changed to 3 hit points and limited continues in the US.

In its Japanese version, this game makes sense as something purely aimed at young children. However, by increasing the challenge, Sega of North America simply negated the only demographic who may be remotely interested in this game. 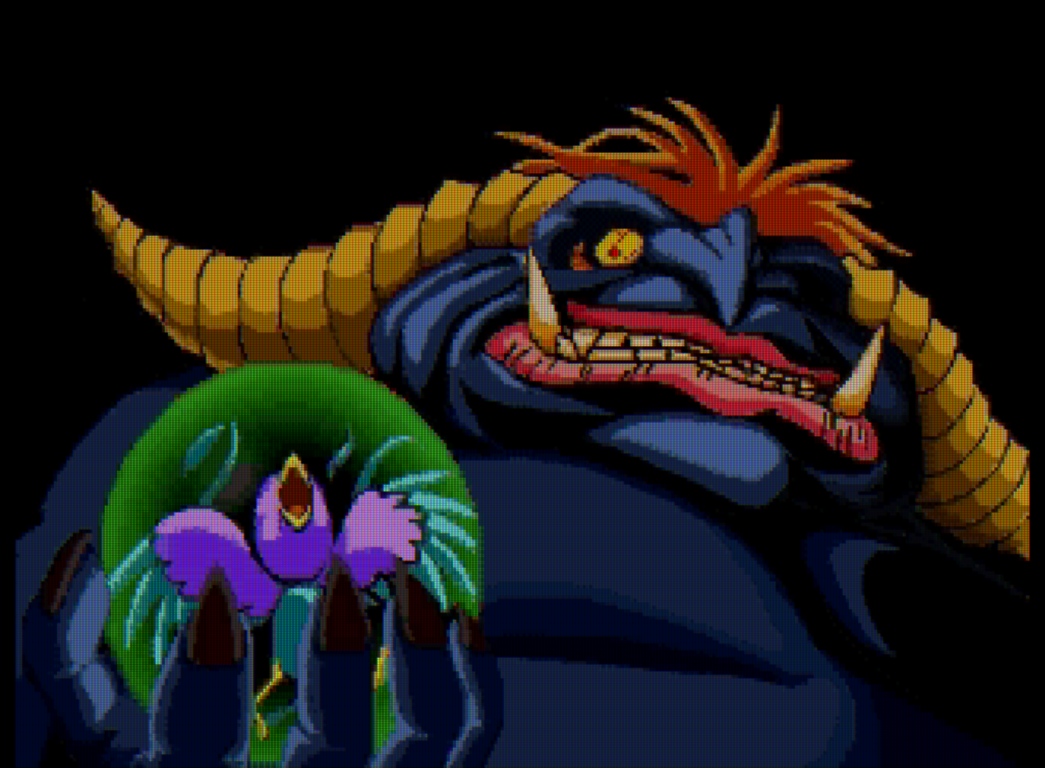 To be fair, that is one evil-looking asshole

1- You need to learn to use the bird to attack and to heal.
2- You can jump on top of enemies to get some vertical leverage.
3- You can use your blow power to extinguish fires and flames. 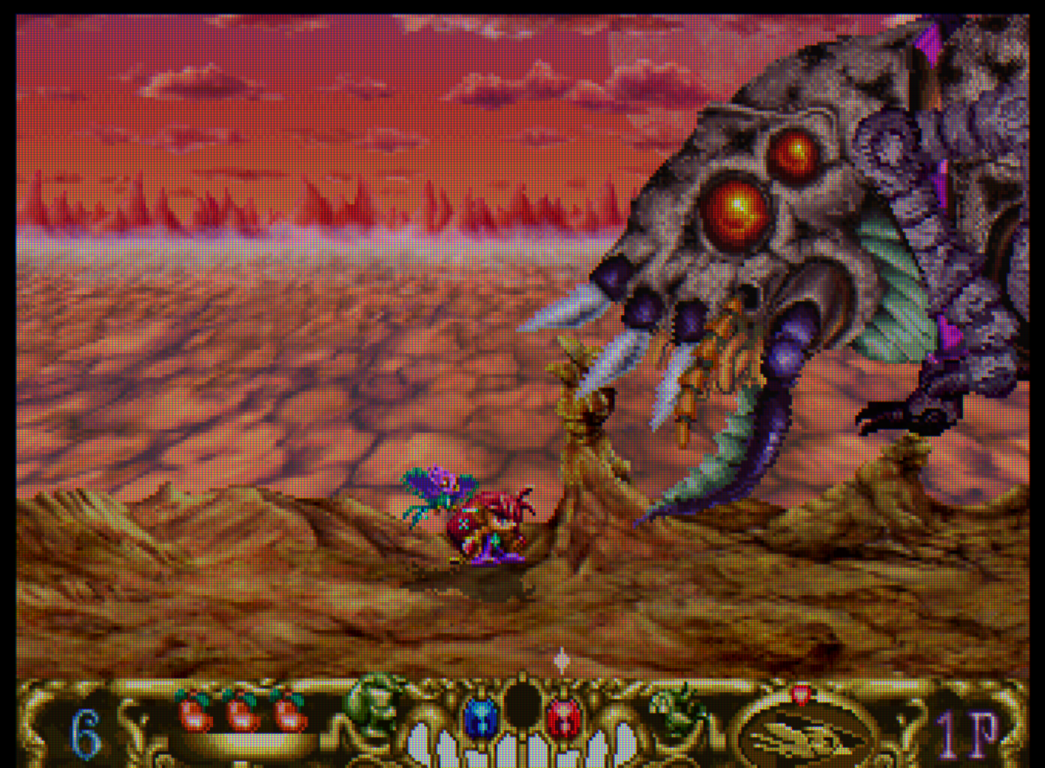 Which Studio Ghibli film does that bug remind you off?

Even though I didn't like this game, I still thank Sharukurusu for adding a recommendation to this review series. Astal may not be a lot of fun, but maybe the other games that he recommended are.

Next, I am returning back to the Retro Sanctuary list with a review of the #22 game on that list; Burning Rangers. This looks like a game that didn't age particularly well. However, the concept of controlling firefighters and saving people is interesting, and this one has Yuji Naka on the helm