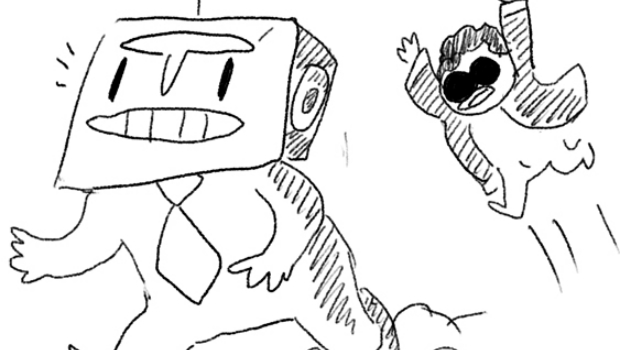 The good times continue to roll in the Dtoid community blogs! Your community managers recorded a new podcast, ManWithNoName returned with a bang, and two NARP groups announced new gatherings!

Hit the jump to see everything else that went down this week!

Monday, October 8
(^Click these header links to be taken to the CblogRecaps for that day!)

The week started off right with a great blog from Epic KxDtoid about the trials of being an SD gamer in an HD world. Game developers, take note! On a similarly “dated” note, Master Chibi finally discovered the glory that is Team Fortress 2. Hey, better late than never!

Kicking off the inevitable influx of Halloween-themed blogs, Lieutenant Bourbon recommended two games to play to freak yourself out in this scariest of months, stubbleman detailed exactly why you should play Endless Ocean 2 if you haven’t already, and NoctisDragonGamer looked back at when, why, and how Nintendo got “doomed”. Great blogs, people!

In other news, our own Chris Carter kicked off the latest in his Quest series, this time tackling everyone’s favorite anti-hero, Wario. Check back often for updates as he trudges his way through the series!

In keeping with Tuesday’s spooky theme, Garison reminded us all of the Majora’s Mask “cursed cartridge” urban legend, while Dtoid New England shared their plans for a Halloween NARP! Elsewhere, Yves Considerably shared a brief story about how videogames helped him get through his uncle’s funeral, locketheleisz explained why he’s fed up with so-called “triple A” games, and Solar20XX took a look around the newly designed Destructoid and liked what he saw. Thanks for the kind words!

Hey! You! Did you know that your Destructoid community managers recorded a podcast last week? And that in future episodes, you’ll have a chance to be on it? Go check out Communitoid and give us some feedback!

In other exciting cblog happenings, the ManWithNoName finally made his way back to our mad corner of the universe, while Yves Considerably finally hit that 100,000 gamerscore mark! We all know that was waaay better than the sex you could have been having; thanks for sharing!

Remember all the way back to two sentences ago, when ManWithNoName returned to Dtoid? Well, he wasted no time getting right back into the swing of things, and his first blog since returning was a (pseudo-NSFW) look at pornography in videogames (two of my favorite things). Check it out! Then the Dtoid Baltimore/DC crew announced their upcoming November NARP, kuroir shared some updates for your cblogging software (THANKS!), and Occams electric toothbrush splooged his brain juices all over the internet in his latest Occam’s Thoughts. Nice work!

Also on Friday, your normal slew of FNF blogs made their weekly appearance. Whether you game on the 360, PS3, 3DS or PC, we’ve got you covered!

As if to say, “Ha, and you thought you were going to get some sleep this weekend!”, you were busier on Saturday and Sunday than on all the other days in the universe to have ever been… uh… something. The point is, you wrote a ton of blogs this weekend!

ManWithNoName kicked things off with his thoughts on how to fix Mirror’s Edge, ReeceH92 shared his list of the top five most innovative zombie games, and PhilK3nS3bb3n announced a new community podcast, the Low(er) Tier Podcast! (Now, can someone please teach Phil how to upload a new blog header?) Also, Excel-2011 shared exactly how he would “fix” Capcom, and MisterDonut called it quits with Pokemon. (Well, maybe.)

All in all, a wonderful weekend! Pat yourselves on the backs!

We promoted two of your blogs to the front page this week! First up was Cutie Honey’s write-up on his issues with Project X Zone, followed by Revuhlooshun’s open letter to Capcom. I’m happy to say that these were two of the most widely-read blogs ever to appear on our front page; great job, guys!

Not much on this front this week, but what’s there is glorious! The Low(er) Tier Podcast was announced (hooray!), and Communitoid recorded its very first episode! Go give it a listen!

PhilK3nS3bb3n is giving away Resident Evil 4 HD, and all you have to do to win is tell him to upload a new blog header! (Well, there may be a bit more to it… but not much.) Thanks, Phil!

And that’s it for this week! As always, thanks to everyone who takes the time to cblog, and we’ll see you next time, Dtoiders!