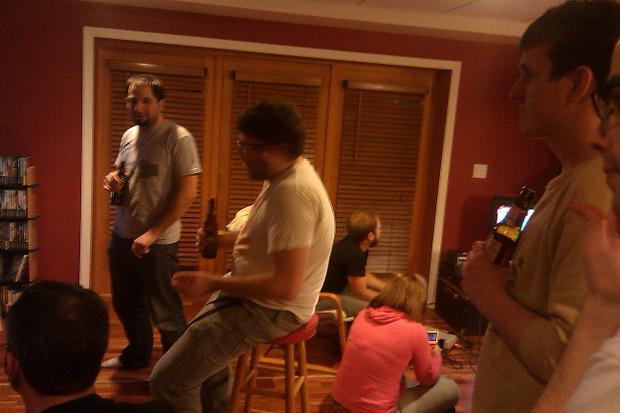 Along the lines of all the changes that have taken place across the Dtoid website, the Baltimore/DC NARP is on the precipice (take THAT SATs!) of a change itself. Having been the host for three years, and just recently married, Procyon will be serving as the host for a sixth and final NARP. The time has come to pass the torch. But we don't have to worry about that for another six month or so because it's TIME TO GET OUR PARTY ON!

That's right, approximately one month from now, every member of the Dtoid community is invited to Bumblefuck Maryland, to Procyon's impossible-to-find house in the middle of nowhere for a 48 hour video game fest sure to delight, surprise, and create long-lasting memories that you'll still cry about 30 years from now.

For the uninitiated, there will be at least seven TVs running and hooked up to all your favorite consoles, like the Xbox 360, PS3, Wii, PS2, Dreamcast, Saturn, Gamecube, and even an Atari 7800 with tons of old-school cartridges (remember cartridges?) And last, but by no means least, is Procyon's MAME cab-ish thing in the room dominated by hundreds of Transformers.

Don't think you have to be from Maryland, DC, or Virginia to attend, we have people coming from Pennsylvania, Delaware, and as far away as New York, Ohio, and even Massachusetts. So if you have wheels and your free that weekend, come on down. If you want the details, please make sure that you subscribe to our google group, dtoidbaltimoredc ([email protected]) where you can get the address, learn about what everyone else is bringing , and even learn about Changston's amazing contribution to Scientific America!
Login to vote this up!