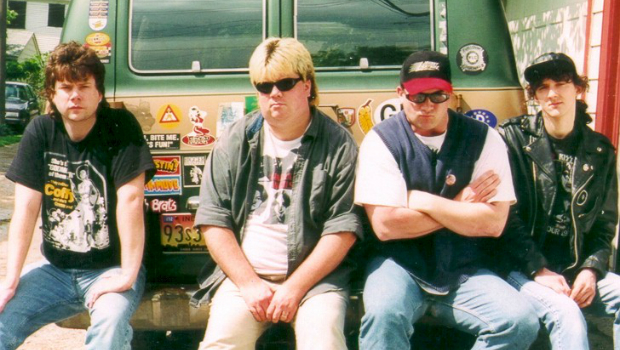 Apologies for my tardiness this week, but my house was built in 1939 AND I EFFING HATE IT. Thankfully my fellow community managers are badass backer-uppers, and Beccy and Conor stepped in and wrote half of this for me! See if you can figure out who did what days!

Anyway, there’s a TON to cover this week, so let’s dive right in, shall we?

The Wankend
(^Click these header links to be taken to the CblogRecaps for that day!)

Atheos kicked off the weekend in style with this wonderful Guild Wars 2 write-up (so good we’ll forgive him for fapping his own blog). Then, looking back to weekends past, MeanderBot shared his PAX adventures with us while bbain previewed of all the indie games he played at the convention. That’s a lot of games!

Monday was… oh hell there’s Holmes with an O-face

The week started out with knutaf sharing memories of PAX, and kearns87 discussing the testing of trust through kangaroo punching violence. Conrad Zimmerman just HAD to go and rub his TGS trip in our face by detailing his flight, and probably wishing he was traveling at FTL speeds, which you could have experienced had you entered PhilK3nS3bb3n’s FTL: Faster Than Light contest. If you feel like slower speeds, Echidna tells us how EA is behind the Steam train.

There were a couple of good blogs about games I’ve never played: StriderHoang took the time to explain the Pokemon metagame. Honestly, the whole “catch ’em all” thing is a big reason I never played a Pokemon game. That, and when they first released I was already driving and having sex. Elect-Nigma shared his thoughts in a review of Phoenix Wright: Ace Attorney, which I haven’t played because I am an awful person.

And after all that, BananaGobbler wasn’t scared away and shared a well-done intro blog.

Conrad Zimmerman continued to share his TGS adventures, while the Secret Moon Base podcast shared adventures about Carol Burnett and dating events. At least I think that’s what happened.

There was some excitement about new and upcoming games, as Chris Carter told us what he thinks about Kirby’s Dream Collection, and pk fire shared why he’s getting stoked for Secret of Grindea.

Wednesday was a mammoth day for cblogs on the site and the Wii U came up more than once. EternalDeathSlayer wrote an excellent anticipation piece, explaining why he’s both excited and apprehensive about the controversial console, while Stavros StevieGreek Dimou explained how Nintendo’s pricing is putting the console just out of reach for those not living in the land of freedom, guns and apple pie. (OO RAH.)

The dibs frenzy continued, with Handy putting forward a convincing argument for his claim on Gaige, whereas ninjapresident decided to take the whole affair into a different (and highly amusing) direction.

Nathan Evard brought you your daily dose of education, writing a fascinating piece about the in-game economics of Guild Wars 2. TheKodu discussed the downsides to MLG, and SephirothX revealed a somewhat uncommon stance on the often reviled entity known as Electronic Arts.

Last but by no means least, videogames. LogicallyDashing shared his impressions of the Resident Evil 6 demo and TheManChild revisited Ivy the Kiwi?, while Louis Garcia12 delivered a touching piece about Papa y Yo mirroring aspects of his own childhood.

On the community front, Mr Andy Dixon went and wrote a piece detailing how you can help him help you get your writing to the front page (for a small fee left on the bedside table) and it’s great to see that so many of you are already taking him up on his awesome advice. Keep it up!

Lastly, I will always endorse bitching about George Lucas. I salute you, TheManChild.

But for him, it was Thursday

Thursday saw Fame Designer attempting something dark and different with his cblog fan fiction, while Sheppy reviewed an imported game with a title that’s far too long, Hatsune Miku Project Diva F. mrdarapark added to the ever-present second-hand game debate by explaining how trading in games actually costs you as a consumer.

locketheleisz wrote a sprawling epic of a love letter to the early days of Nintendo and evoked a nostalgia I thought had been bludgeoned to death by the announcement of New Super Mario Bros. U. Thank you.

LogicallyDashing made a second appearance in this week’s roundup with an insightful and intelligent interview with Dtoid’s own El Jefe, Niero Gonzalez. The guy behind the helmet shares his thoughts on Jim Sterling, Destructoid’s role in the industry and where he hopes to take the site, and it’s definitely worth a read. (He’s also lovely.)

In addition to the normal slew of Friday Night Fights blogs (360 / PS3 / PC), Fame Designer followed up his cblog fan fic with an update on the awesome cblog RPG he’s been working on. Seriously, go check that thing out! Elsewhere, Simon gave us another recap of the weekend’s gaming deals for UK residents. This man provides an excellent service, so please go give him some love!

(We’re covering two weekends this time around in order to ensure that nothing gets missed. Starting with next week’s recap, we’ll go the “Monday through Sunday” route!)

Capping off the week, GlowBear implored videogame developers to give disabled gamers more options and more representation, MisterDonut finally took a stroll through Shadow Moses, jorgeill shared his thoughts on Double Dragon‘s latest attempt at becoming relevant again, and The Gameslinger took a second look at Dark Eye. Thanks for keeping the weekend interesting, people!

We gave four of your blogs the front-page treatment this week! First up was Swishiee’s recap of his life-changing weekend amongst his fellow man, to which Handy replied with… his hatred of all things human. Then two of you jumped on the Borderlands 2 “dibs” bandwagon, with StriderHoang claiming the Mechromancer Gaige and SephirothX laying claim to one of the most unique NPCs ever written into a game. Great work, guys!

PhilK3nS3bben’s blog header may be broken, but that doesn’t stop him from posting awesome contests every week! This week he gave out a copy of FTL: Faster Than Light on Steam! Thanks for the lovin’, dude!

Four teams of Dtoid podcasters posted new episodes this week! First out the gate was the Secret Moon Base with their 22nd episode, then Zero Cool dropped their bajillionth and bajillionth and oneth episodes on us because that’s how they roll. Not one to be outdone, TheFilterPodcast shared episodes 78 and 79 of their awesome show with the group. Thanks for the cool listenings, guys and dolls!

Man, you people really love your PAX! In keeping with Dtoid-PAX-avatar-adoption tradition, Corduroy Turtle shared Handy’s PAX adventures and knutaf shared Isay Isay’s (and a whole lot more), then MeanderBot gave us the run-down on his third PAX visit while bbain previewed more indie games than you can shake a joystick at! Can’t wait ’til next year!

And that’s it for this week! See you next weekend… as long as my house doesn’t burn down!