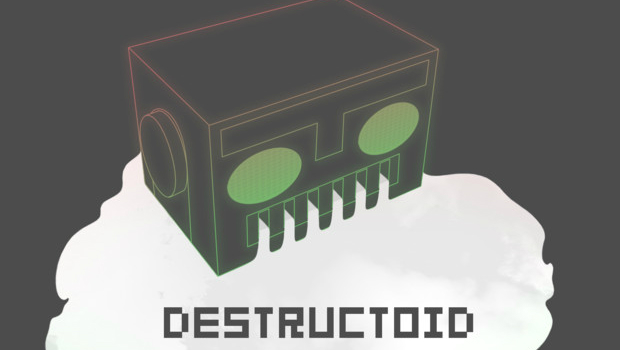 October is here and you people are blogging like mad! Seriously, it’s like you’re trying to type as many words as possible before we all die or something.

Man-on-man lip-locks, alcohol abuse, Looper, foot fetishists — this week had it all! So hit the jump and see the fruits of your labor!

Monday, October 1
(^Click these header links to be taken to the CblogRecaps for that day!)

A certain review for a certain “horror” game came out on Monday, but (thankfully?) none of you had played it yet so you didn’t feel the need to blog about it. (Don’t worry, you’ll get there!)

Luckily, though, there was plenty of other stuff to keep you all busy! GlowBear gave us a nice little look back at her year in gaming, pedrovay2003 gave us a reason to look forward to the “bare bones” version of the upcoming Wii U, and Vault91 gave us his thoughts on why Borderlands 2 is the perfect sequel. So much giving you’d think it was Christmas!

And speaking of Christmas, how great was Looper?!

OK, so maybe that had nothing to do with Christmas, but Looper was fucking cool and Wrenchfarm detailed exactly why in his weekly Recap post, so click on the big red “Tuesday” right above this and check it out!

In other cool fucking happenings, Corduroy Turtle shared another issue of the incredibly popular Buy it/Avoid it Report with us, Conrad Zimmerman started up a Dtoid book club, and StriderHoang highlighted some of the best (and not-so-best) examples of cblog writing over the past few weeks. Elsewhere, Podtoid animator extraordinaire Cutie Honey detailed why Project X Zone is probably (maybe) going to suck, and Wrenchfarm (too humble to Topsauce himself) gave us a primer for surviving the harsh universe that is FTL. (From the sound of it, you’re going to need all the help you can get!)

…and wouldn’t you know it? Wednesday was, too!

Taking a page from Jinx 01‘s playbook, EAPidgeon gave us a bit of insight as to how framerate stability can make all the difference in a game, which is something Dark Souls players in particular should read! Also, ScottyG celebrated his birthday by writing an actual cblog (’bout time!), our own Beccy Caine shared her adventures across the U-S-A! U-S-A! (more on that in a bit), and Handy made us all puke our eyeballs out in tear-filled laughter with his latest issue of Fanart Flops. (So much Mass Effect pregnancy!)

Three bloggers tackled the “heavier” side of gaming on Thursday, and they all handled themselves wonderfully. First up, TheKodu wrote a follow-up to one of his own pieces and examined the “problem with boobs”, then Chris Lage shared a personal saga about a life with SAD (seasonal affective depression) and how Final Fantasy VIII has helped him through it, while vApathyv shared his past bouts with alcohol abuse, and why the character of Max Payne is so relate-able. Thanks for sharing, guys!

Your regular round of Friday Night Fights blogs kept you entertained on the last day of the week, with Microsoft’s Xbox 360, Sony’s PlayStation 3, Nintendo’s 3DS and Gabe Newell’s Personal Computers (because really) all being represented. (It’s amazing how much space you can fill by spelling out the names of each console, isn’t it?) Thanks for keeping the gamin’ train rollin’, everyone!

The Weekend, October 6 and 7

Saturday and Sunday were so full of fantastic blogs that I’m starting to get worried you people have no lives. TheManchild shared his thoughts on what makes a sequel worthwhile, randombullseye rubbed our faces in the fact that he gets to play so many goddamn games, Dr Light ate your Magicite shared some of his favorite videogame music (and offered wonderful write-ups on each), and The Gameslinger took a second look at Burning Rangers.

Then OLYJNS offered some thoughts on crossovers alongside his entry for this month’s Artists Wanted assignment, stubbleman shared some of his Destructoid t-shirt design ideas, and crackedbat detailed exactly why you never, ever, EVER want to get one of your blogs promoted to the front page. (Hint: it’s hilarious.)

We promoted two of your blogs to the front page this week! First up was crackedbat with his piece concerning the latest ad by Nintendo, followed by TheManchild’s remembrance of a time when gaming’s secrets were more than a mouse click away. Wonderful job, you two!

Both TheFilterPodcast and Secret Moon Base shared new episodes with us this week, so go check ’em out! Thanks for keeping our ears happy for one more week, guys and gals!

Alex Barbatis is giving away four games and all you have to do is kiss his ass. Worth it? Maaaybeee… but probably not. Kidding! (But not really.)

This week’s blog… uh, of the week

I’m not even going to pretend to be subjective this time around — this blog by Beccy Caine is the shit. The writing is superb, the picture quality is top-notch, and the tears that rolled down my face as I remembered all the wonderful times I had with all of you bastards at PAX were salty and delicious. Seriously, if you’ve never before been to a gaming convention with a bunch of Dtoiders, you haven’t lived.

My only hope is that by this time next year, blogs like this have to be twice as long to encompass all the glorious memories. Wonderful trip down memory lane, Beccy!

And that’s it for this week! See you next time, Dtoiders!