[In May, somewhat in honor of Dtoid going to paper and also superhero flicks, we invited your friendly neighborhood Meanderbot to turn the recap team into superheroes. Additionally, members of the recap team and community will also be lending their voices to the monthly recaps from here on out. Will you one day join our pantheon of blogging heroes and heroines? There’s only one way to find out – start a cblog today! – Pixie The Fairy] 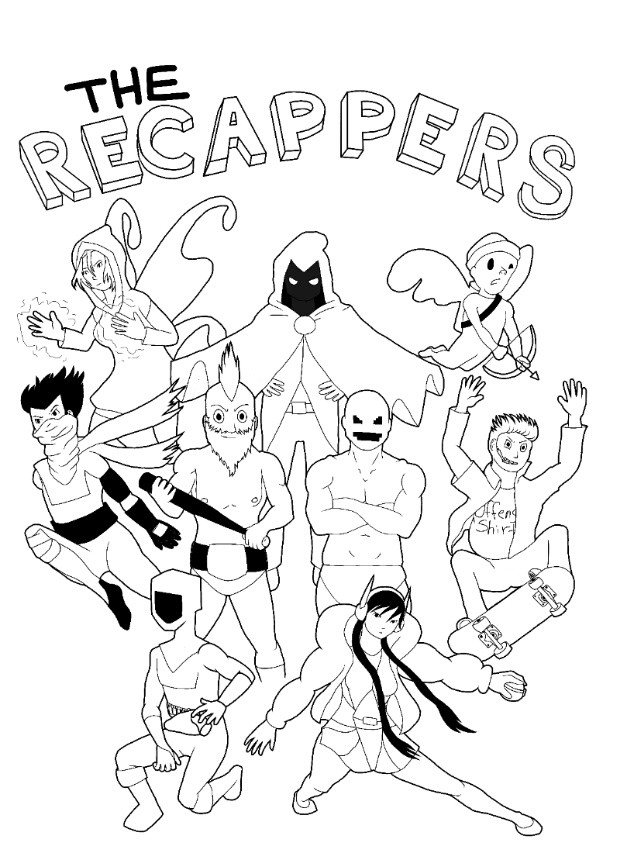 Welcome to the May cblog recap! Today, we’re breaking all the rules. Roll your sleeves up to your biceps so they hold a cigarette box or a playing card pack to your arms. Wear those tatty clothes with the holes in them and we’ll hang out on the corner under the streetlight, wearing our sunglasses at night as we talk about Destructoid with hip, new slang. When it’s too late, I’ll lift my sunglasses and only then you’ll know it’s not Pixie.

May was an interesting month. There was a fascinating cblog trend where people asked the Destructoid community “What would you like to know?” and responded to as many questions as they could. There were twenty-one different blogs centered around the concept of community members wanting to share more about themselves – things they might not have thought to mention in a standard “X things about me” blog. Although, to be fair, not many people would think to answer questions you’d find at a job interview, such as “Where do you see yourself in five years?” or “What is the best day you recall having?” like Occams did to Jed Whitaker.

It’s possible I find sharing silly information like this fascinating because it’s like trading tales over a campfire and it allows people to become more connected with one another. Perhaps this is more important than ever in a society where, according to McPherson, Smith-Lovin and Brashears (2006), Americans are showing increased rates of social isolation. This has been associated with general deviancy (the sociological term is “anomie,” not to be confused with cartoonishly general deviancy: “anime”), mental illness and suicide – although psychologists likely disagree on the last two.

There are people who don’t have family or friends to fall back on offline, so it is fantastic to witness a place where people bond with others or even just share something in common. An article by Zeynep Tufekci suggested that during this period of increased social isolation, those who used the internet fared better than those who did not. It’s great that, rather than socially falling through the cracks, so many brilliant personalities engage with each other here at Destructoid – even if sometimes the wisdom can seem like a crude fan-fiction of A Serbian Film.

It is wonderful to watch the community get together and fling silly trivia; valued information such as the instinctive reaction to the sky raining cheeseburgers, the sensation of being a chicken in disguise while watching octopuses pose as human fathers and what is it about love that makes fools fall into it.

I had thought participate a few times and, funnily enough, it was just before the AMA trend really kicked off – but I am simply the worst at talking about myself. In the end, I had chickened out at the thought of the strange things some people would ask. You are all lovely folks, though, and you do make me laugh (often in surprise) – but damn sometimes the conversations I see blossom into something H.R. Giger would be freaked out about!

Anyway, now that I’ve had my chance to talk about how fantastic it has been to experience the community without going full Mr. Rogers, let’s delve into the May blogs on display!

A question of character: Choose your fighter by OrochiLeona

How videogames could learn from heavy metal by Xeo

The Dtoid community’s best blogs of April 2015! by CblogRecaps

In keeping with the idea of gaming magazines, this month’s “Blogger’s Wanted” prompt, “Papers, Please,” takes a look back at gaming magazines and other printed pastimes as they pertain to players and paper. Enjoy!

Papers, Please: I know a code by TheDustinThomas

When “Band of Bloggers” was first conceived I don’t think any of us really expected it to take off as well as it did. Likewise, when I announced that due to the departure of The Scholarly Gamer that I might not keep it up, I was equally surprised at the amount of people who wanted it to continue. At first, BoB was just something to help me feel like I was contributing to the site, but it quickly turned into a desire for me to influence others here to put their creative sides to work.

May’s “Thick as Thieves” theme has been no exception and people have gone out of their way to create some interesting pieces. From traditional looks at recent games such as Invisible, Inc., to delving into the weird and fascinating mechanics of Dishonored. I can only hope that BoB continues to grow and convinces more people to contribute!

Thick as Thieves: Sailing under a Black Flag by El Dango

Thick As Thieves: Klepto-game-ia: Memoirs of a virtual thief by Fenriff

Thick as Thieves: The new order of Karras by Rudorlf

Thick as Thieves: Have Heart, will travel by Wutangclam

As some of you around the community may have noticed, I have been hard at work bringing you guys an old staple of Destructoid known as “Comments of the Week.” This is a weekly community showcase where I scour the comments section looking for insightful, funny, or just weird things that members around the site have said.

Definitely check out some of the links above/ below, and if you like what you see, click here and look for the chronological list to the right for older editions. If you want to see them as they get posted, head to the Cblog sections (hopefully) every week, usually Sundays or Mondays, to see the next edition. If you haven’t been to the Cblog section of the site, what’s the matter with you?

Comments of the Week – Prototype Pt.2

Comments of the Week – It was just a Tuesday edition

Comments of the Week – What you’ve been waiting for

Comments of the Week – Monday surprise!

Comments of the Week – Kick that candy bar, I got a bounty for y’all

Every blog, comment or fap you make throughout a month, along with other things, are tallied in order to gauge the current state of the community blogs in terms of user activity. In “Cblog Analytics,” you’ll get to know just how many blogs were posted, who wrote the most number of blogs, which one was the most upvoted, what was the most/least liveliest day and other such details that might be of interest to you.

After skipping out on this for the previous month, I decided to reevaluate my entire process of creating these and have come up with a new scheme which takes significantly less time and effort. For instance, it only took around two nights to create not only last month’s analytics, but also April’s, together with the new file I use to record data and generate results.

Community Blog Analytics for May 2015!

If you’re looking for hours of listening enjoyment, brought to you straight from the hearts and minds of Destructoid community members, “Podgasms” recaps the entire month’s worth for you. Every community-based podcast (which has a cblog) lies within this community cblog feature. Our state-of-the-art searchers are hard at work every month for you to make sure that not a single community podcast misses the monthly “Podgasms.” Check it out if you want some high-quality listenings!

As Riobux said, the cblogs were dense with “AMA” activity in May and there were some “10 Things” blogs as well! Whenever there is a persistent, trending topic in the cblogs that the community just runs with, we like to highlight it! What will June bring? You’ll decide that!

ShadeOfLight answered questions before you asked them.

And all good things must come to an end. Dreamweaver kills the AMA/10 Things trend with (a NSFW) 5 things.

We begin with Agent9 taking a look at how small developers are filling the gaps with spiritual successors and Adam P gives us an in-depth Xenoblade Chronicles review. Anystrom0 talks about how OCD affects his gaming experience and CaltySlitorous shares a somewhat NSFW list of ten things he’s enjoying right now.

Cannibal Steven returns with another photo album from Xeno Clash and Chumble Fuzzly shares his experience with CFS, ME and gaming. Dreamweaver has more splat for some toons and, yeah, we’re already back at another NSFW warning. Meanwhile, Dr. Mel shares what he would like to see in a Silent Hill game. You know, provided Konami lets us have another one.

El Dango stokes up the E3 hype, shares what he hopes to see this year and then explains what he didn’t like about Dishonored. Fevoki shares a little about himself and his fond memories of Halo 3. Fenriff looks back in his blogging career so far and rates himself rather highly. FlanxLycanth tells us what he does when the internet is down and Steven Hansen looks back on his time at Destructoid thus far. 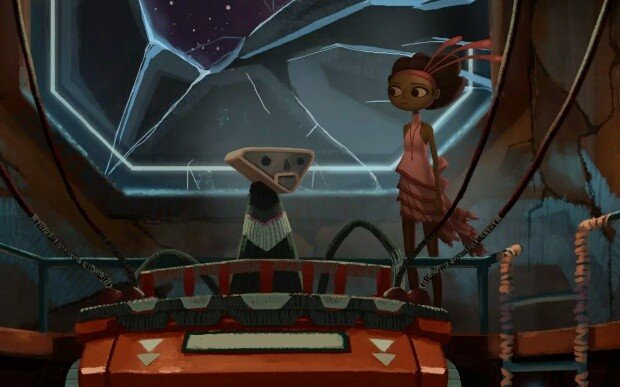 Isay Isay reviews Broken Age Part 2, Kesskuron looks at why Pokémon has such a wide appeal and Kragg takes a look back a that time zombies devoured the people living next door. KylerMurden talks about games for hangovers (don’t leave your dog with his girlfriend) and KingSigy looks at how nostalgia affects our gaming experiences… or not.

n0signal goes Berserk on Dark Souls II: Scholar of the First Sin. Oculin gets equipped and quick with Azure Striker Gunvolt and Ooktar shares some fan art he picked up from Fanimecon. OrochiLeona shares a chromakey knightmare while OverlordZetta talks about sex and equality in Chroma Squad and ponders the future of Nintendo with the NX … kinda. 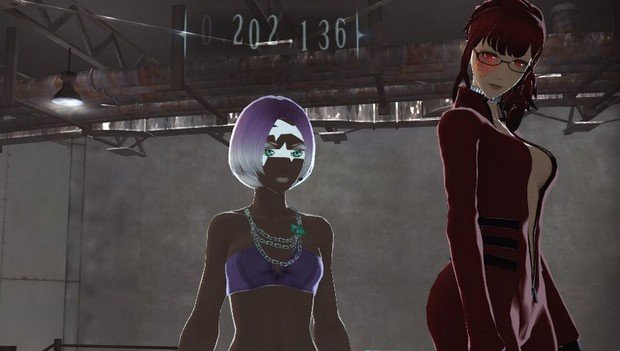 Pixie The Fairy talks about character creation, customization and the reasoning behind her Freedom Wars characters, Ripley Crecent and Ruby Nyx! Preposterous Whitey debuts the Saturday Stuporcade with the Super Mario Bros. Super Show! RedHeadPeak take another look at the historical accuracy of The Witcher and Retrofraction calls on community artists for help on his Dtoid documentary.

Riobux reviews reviewers and looks at love in games. SeymourDuncan17 predicts how Bethesda will close out their E3 presentation and his mom tells us who gaming’s sexiest men are. ShadeOfLight also goes splat for Splatoon, which is to say we have yet another NSFW blog about this game. You guys just had to make this weird.

SpeilerDad thanks Sega for the anatomical addtions they made to sharks. Titannel takes a look back at the days when Konami hadn’t completely lost their marbles and Jed Whitaker begins his weight loss journey with Kinect. Wutangclan tells us not only why we shouldn’t want a new Tony Hawk game, but also the good things that happen in bad games,  He also shares why he thinks MLB 15: The Show is an RPG and how the gaming industry is cutting out cheat codes.

Finally, Xtravisage wants to tell you why this monkey rap is one of gaming’s best tutorials and Zen100 explains why Splatoon‘s last stress test and its problems are a good thing. That Splatoon post is work safe for kids and squids, by the way, and that’s all she wrote for May! 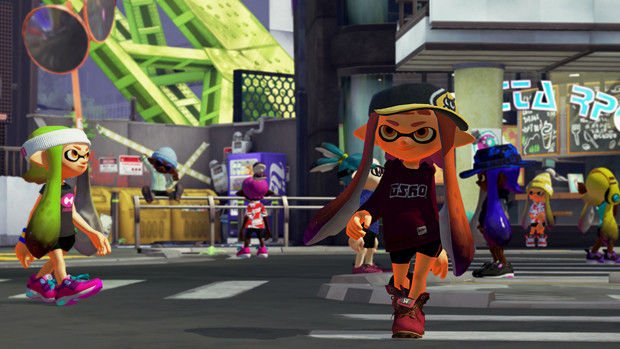 See you next time and a huge thanks to Meanderbot for sharing his talents with us this month!