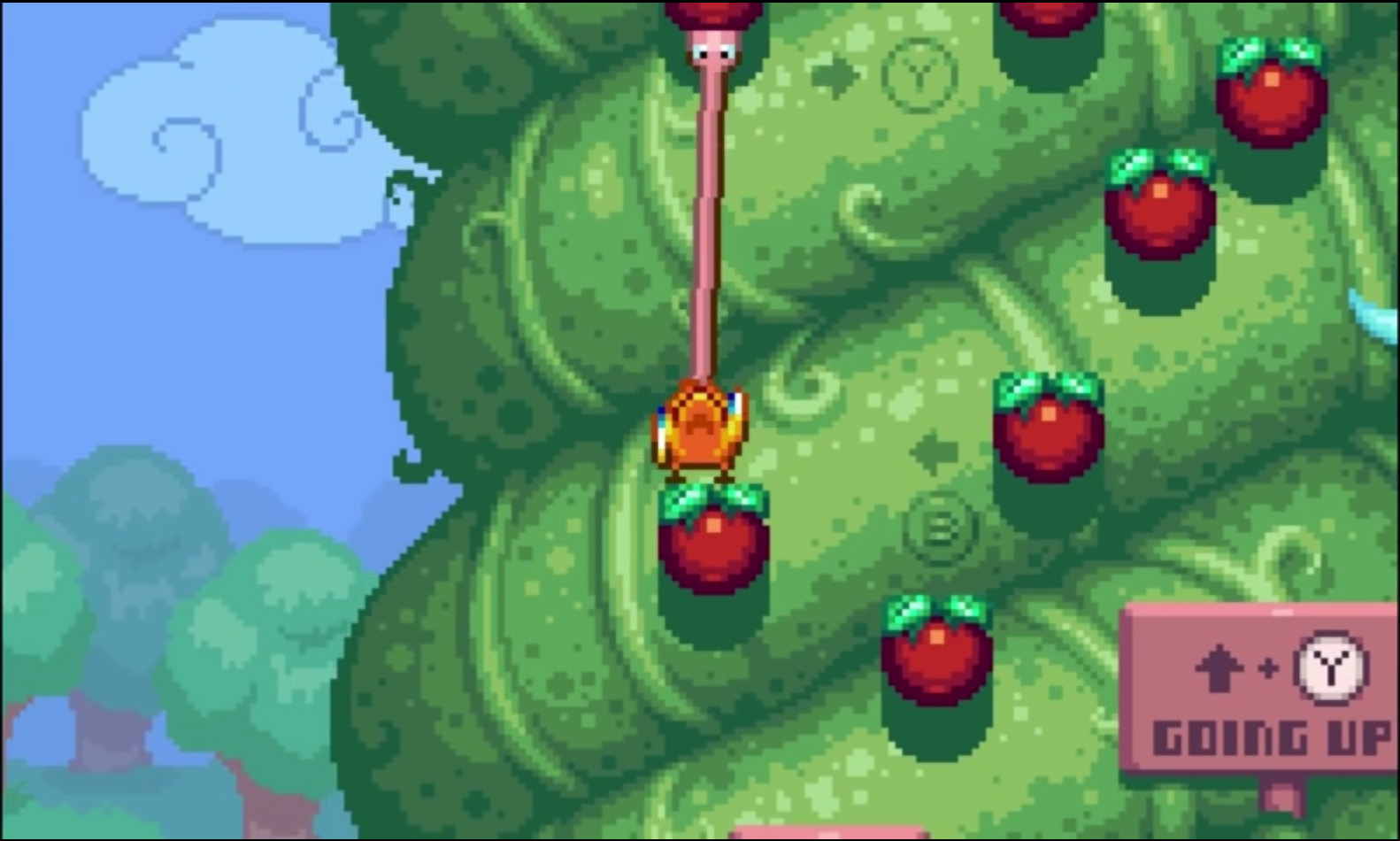 It was only yesterday that Brett reported on the divorce between Jools Watsham and Gregg Hargrove of Renegade Kid. Apparently, Mr. Watsham is wasting no time getting himself back out there. Today his new company Atooi announced that it’ll be releasing a new game IP on the Nintendo 3DS eShop and the App Store.

Called Chicken Wiggle, the game’s protagonist is a chicken who carries a worm around in its backpack, which can be used like a grappling hook. The press release notes that the pair will “jump, peck, and worm-grapple across a myriad of perplexing platforming levels – full of fun gadgets, tricky hazards, and sneaky foes – determined to rescue their friends from the wicked witch in her sky towers.”

In addition to the story mode, the announcement mentioned that Chicken Wiggle will contain a deep level editor, and that creators will be able to leave hints and tips for anyone who downloads the levels they create. There will also be multiple art themes, and created levels can be uploaded via a community portal.

This new IP will presumably come out sometime after the previously announced Treasurenauts, which is scheduled for 2017. Atooi has already released Totes the Goat, an isometric platformer that looks like Q-bert got run over trying to play on Crossy Road.

Between the dual protagonists sharing a single pair of feet, the aesthetics, and the witch antagonist, I’d say it’s fair to assume that Banjo-Kazooie was an inspiration for Chicken Wiggle. We’ll keep an eye on this one and let you know when we find out more.