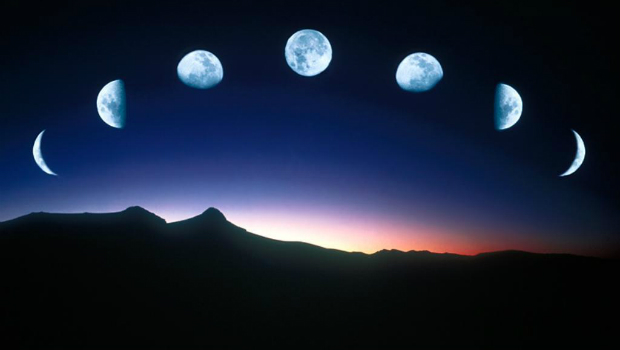 Another week, another batch of cblogs for our eyes and brains to enjoy!

The last week of September was a bit slower than those earlier in the month. Still, we were treated to a great variety amongst the blogs that were published, so let’s get right to it!

Moonday
(^Click these header links to be taken to the CblogRecaps for that day!)

Monday was fittingly slow for a day of the week named after the Moon. I mean, seriously, have you ever watched that thing move through the sky? Boooriiinnng. Stupid Moon.

Luckily, unlike on the Moon, the stuff you people published contained no cheese at all! Voltech weighed in on the whole DmC/Dante debate, and believe it or not I think you’ll like it even if you’re the most jaded of DMC fans! Elsewhere, in whatever crazy goddamn world he inhabits (possibly the Moon?), Zombie Orwell recapped all the info he’s gleaned from humans during his time amongst us. Yep.

Capping off the day, vlesditor shared her art history thesis with us, which compared gender roles (among other things) using Super Mario Bros. and Yume Nikki as a basis. Very interesting stuff!

Unlike Monday, Tuesday was a big day! Hell, it was almost as big as the penis Elsa clearly wishes she had!

Seriously, though, the day was like a metaphor for all of life’s many milestones. TheManchild shared with us his past love for Ecco the Dolphin and his trepidation about the series’ future, Sophie Prell bid us all a heartfelt adieux, and, like bbain the week before, Wrenchfarm celebrated his one year CblogRecaps anniversary! Congrats, dude!

Elsewhere in the cblogs, Nathan Evrard listed a few of his favorite MMO terms. I had seriously never heard of any of these before… except for “Woot”… which I’ve always hated. Still, worth a read!

Apparently made of nothing but time, TheManchild followed up Tuesday’s Ecco appreciation blog with an absolutely wonderful story about his and his cousins’ epic quest to find Luigi in Super Mario 64. Ah, the innocent stupidity of childhood!

In keeping with the theme of really old games that nobody talks about anymore, Zombie Orwell (who dedicates just the right amount of time to blogging, considering he’s dead and all) finally gave us the Mass Effect review we’ve all been waiting for, while MisterDonut paid his respects to the place where all life began. Thanks for a great Wednesday, everyone!

ccesarano kicked off Thursday with a plea for game developers to involve their writing staff from the beginning of development. Couldn’t have said it better myself! Then, long john shared his Outer Heaven-inspired journey with FTL, while Leigh Davidson chimed in with some thoughts on the downfall of Resident Evil. Oh, and LogicallyDashing blogged about Thor. Which I’m OK with because Chris Hemsworth is Kirk’s dad.

Finally, our own Beccy Caine detailed everything the Dtoid UK crew was up to during Eurogamer. Thanks for keeping everyone alive, Beccy!

Capping off the week, your dedicated FNF czars made sure you all had something to do this weekend on the 360, PS3, 3DS and PC. Thanks a bunch as always, guys!

Like the rest of the week, the weekend was relatively slow in Cblogville. But that didn’t stop a few of you from pumping out some awesome blogs!

Waviline wrote a wonderful piece on what made City of Heroes so special, while KingSigy wrote a F3AR-inspired story, which was better than the actual plot of the game, from what I hear! And finally, Nihil shared some thoughts on racism and some other heavy shit. Oh Nihil. You so heavy.

Thanks to everyone who took the time to blog this week!

In spite of the relative slowness, we managed to promote three of your blogs to the front page! First up was bbain’s wonderful recap of all the indie games he played at PAX. I still haven’t figured out how you managed to find the time to play all those games! Next was locketheleisz’s tribute to Game Boy and D-Pad creator Gunpei Yokoi. Such a wonderful story! And last but not least was fulldamage’s write-up of some of the most dedicated fans in all of gaming. Who knew videogame nerds could be so thoughtful?

Thanks for all the great work, everyone!

ZeroCool was the only podcast to record something this week. Sucks to be our ears!

PK493 is giving away some extra copies of games he got in the latest Humble Bundle! Get ’em while the gettin’s good!

Between vlesditor’s master’s thesis, Elsa’s take on gender roles, PhilK3nS3bb3n’s re-intro blog and racism call to arms, and much, much more, you people were all about tackling the serious issues this week. And there’s nothing wrong with that!

It’s nice to see thought-provoking, discussion-provoking blogs every now and again, as they serve to remind us that even though Dtoid can often be a lighthearted place, important issues do still matter. So kudos to all you brave souls who are brave enough to tackle the “big” issues!

Now, back to the cocks.

And that’s it for this week! See you next time, Dtoiders!