Another roller in the night

The former blasts your brain with a scatter shot of over stimulation, while the latter pinpoints specific areas to stimulate and only hits them exclusively. If you prefer your game design to attack like an acupuncture needle instead of a chainsaw, then NightSky was made for you. 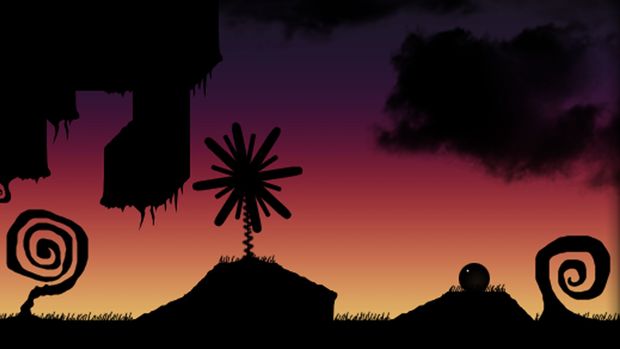 NightSky is a physics-focused puzzle platformer that alternates between soothing the fuck out of the player and stressing them out with deceptively simple-looking obstacle courses that require equal parts strategy and moment-to-moment decision making.

The story was written by Cave Story creator Daisuke “Pixel” Amaya. It’s just a few lines of minimalist poetry about a person who dreams of an orb, but it does a great job of setting the stage for what the game aims to produce. It tells the story of each and every person who plays NightSky — a game about meditating on the shape, weight, and function of an orb as it meanders through a series of subtly surreal, dreamlike environments.

There are no enemies. Instead, this game employs several gameplay hooks to keep players on their feet. These mechanics drift in and out of the 100+ levels with little pageantry or introduction, which only works to enhance its dream-like atmosphere. Rules don’t have to stay consistent in dreams as long as they work to convey consistent ideas.

NightSky‘s various hooks include gravity reversal, sticky feet, frozen controls, pinball flippers, and surprisingly enough, a bunch of vehicles for your orb to drive. There is more where that came from, but regardless of rule changes, the focus is never lost. No matter which set of rules you’re playing under, the game is about the manipulating the physics of the orb and of the environment in order to achieve a desired result. 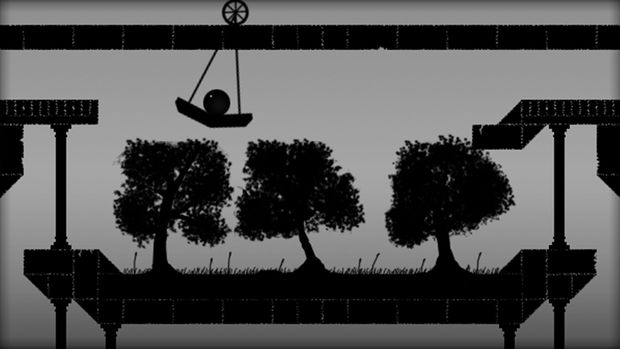 That’s mostly because the physics remain consistent and natural throughout. Without consciously realizing it, you’ll gradually gain a greater and greater handle on exactly how the orb will perform in any given situation; how far it will fly when it hits a bump at a given speed, when to let go of the throttle button in order to prevent overreaching a jump, and so on.

This learning process is only made possible by NightSky‘s ingeniously designed courses which ramp up in difficulty at just the right pace. There were more than a few times I let out an audible “That was so smart!” after coming to to a point where I could fully comprehend a level design that had seemed simple at first glance, but upon further inspection, was a perfectly orchestrated combination of elements designed to take me through a specific set of emotions.

As you can see, the graphics offer a combination of minimal and deeply saturated colors, overlayed with a silhouetted foreground, exuding a strong sense of place while never telling you exactly where that place is. There are a few different types of turf to explore and some variations on the art direction, but by and large, the game sticks with the same look. The dreamlike logic again comes into play here as well. There are plenty of tiny oddities to be found in the various backgrounds, which add just a dash of spice to the serene, otheworldy atmosphere. The 3D also adds a nice level of separation between the soft sky in the distance and the hard, black events in the foreground. These little touches add an element of edge to an art direction that is otherwise focused on evoking a response to natural beauty. 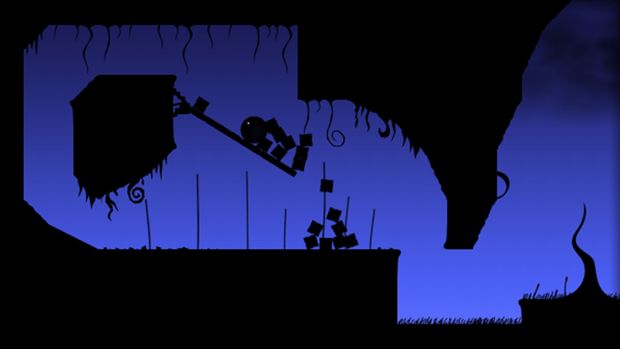 The music is soothing and sweet, working to compliment the visuals without overpowering them. There are times when the music stops entirely, if only for a few seconds, which adds a bit of drama — and dare I say it, “realism” — to this videogame about an orb trying not to die as it gets from one place to another. The sound effects add even more to that sense of realism. It’s a subtle touch, but the sound the orb makes each time it hits a wall or a jump does a lot to add intensity to the feeling of gravity and impact.

That about sums up the core of NightSky. There’s a bonus area to unlock if you find enough hidden collectibles throughout the main game, and an “alternate” version of the campaign that offers more difficult puzzles and obstacles, and a few amazing surprises I won’t spoil here that do a lot to put the whole game in context, but these bonuses and additions do little to fatten up NightSky.

Instead, these extensions work to add a few extra bones to what is one of the most elegant skeletons of game design in recent memory (along with Journey, Fez, VVVVVV, and Thomas Was Alone), though the game doesn’t have quite as much spark as those four titles. And like most skeletons, NightSky isn’t particularly large, either — most will get through it in a few hours, maybe more for the Alternate version. It’s hard to hold length against the game, as it was clearly never intended to be more than that. 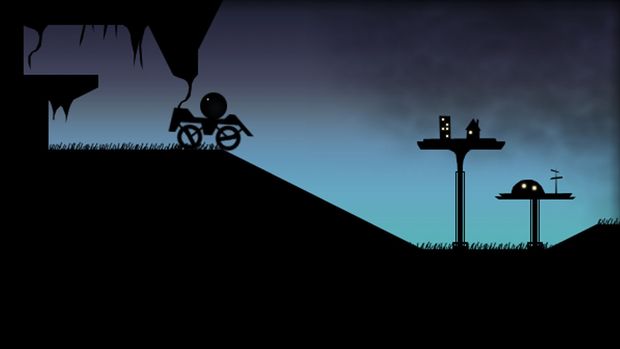 Personally, I would have liked to to see a little more story interspersed throughout the game, but I also respect the creative decision to keep the narrative to a minimum. Though the price may seem a little steep for a game of this complexity and length, there is no denying that NightSky accomplishes just about everything it sets out to do.