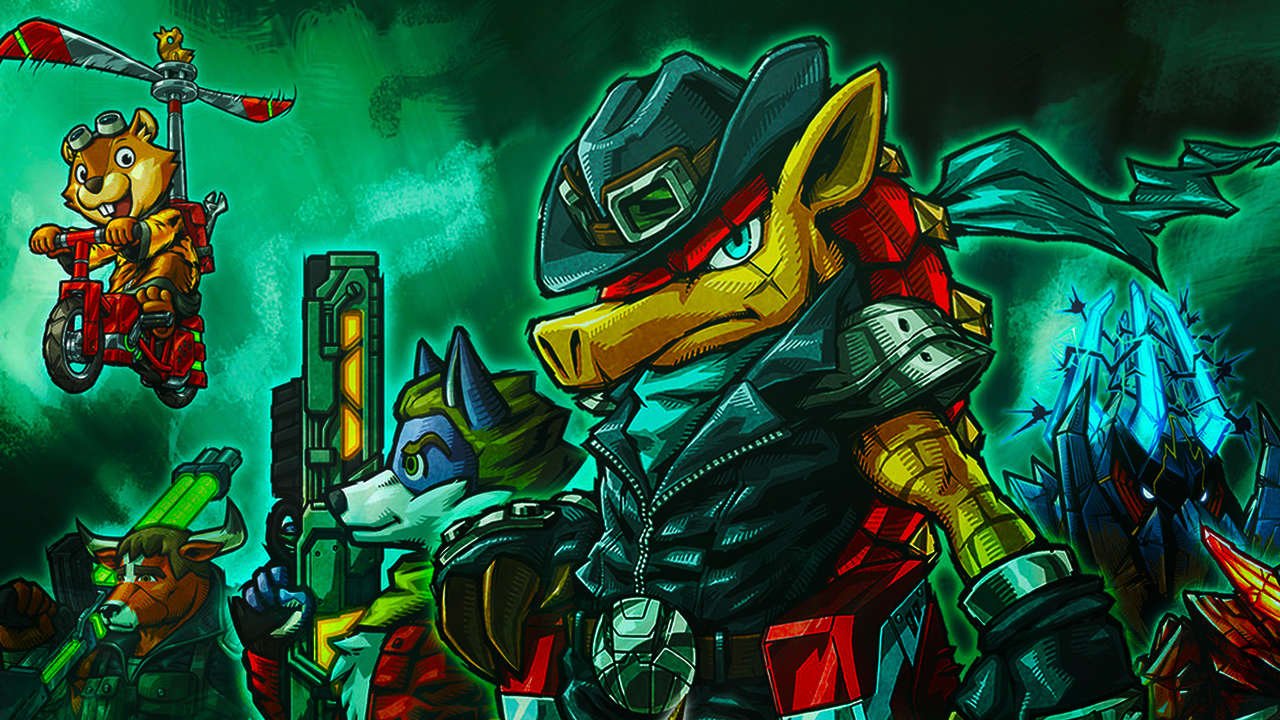 This review nearly had a completely different tone. Halfway through my adventure, as I prepared to go into another tower defense battle against the series antagonist Grocks, I ran into a bug. A terrible bug. The type of bug that makes the game unplayable. Because Dillon’s Dead-Heat Breakers auto-saves, and there is no ability to have a back-up save file like I do with most other games, I found myself having to make a decision as to whether to review the game as is, broken with no known cause or fix for the problem, or to not review it at all.

Perhaps it’s best then that Nintendo waited until the game already released to give us our review code. Because in the days since launch, others ran into the same bug as me and a solution had already been worked out: I just needed to delete any provisional friend cards from my oft-ignored friend’s list.

A simple solution to a potentially devastating problem. It would have been terrible for me to give up on the game due to something like that, because Dillon’s Dead-Heat Breakers is actually pretty damn good. 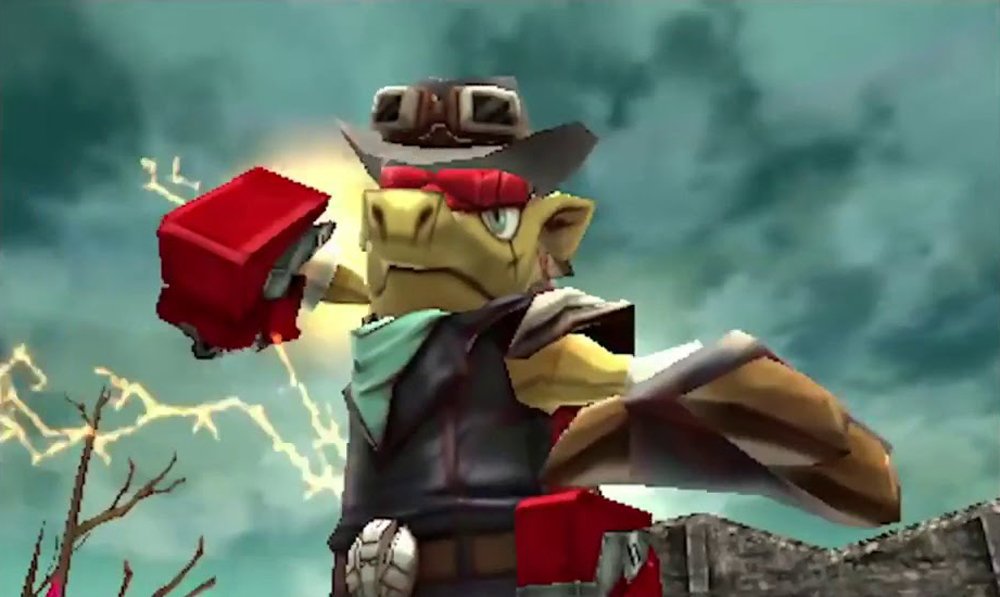 It seemed unlikely this, of all the Nintendo-published eShop games, would be seeing a new release in 2018. Was anybody asking for a new Dillon? I was more of a Sakura Samurai guy myself, but the Dillon franchise clearly has a larger fanbase within Nintendo and a developer willing to show that this rolling armadillo isn’t a one-trick pony.

Arriving five years after The Last Ranger, Dillon’s Dead-Heat Breakers is here to help keep the 3DS relevant. It isn’t 2011 anymore and the experimental control concepts that highlighted the early years of the franchise are no longer in vogue. Knowing this, developer Vanpool has said “Adios!” to the hand-cramping stylus controls of the previous entries and “Buenos dias” to a simple schematic which uses just the Circle Pad and A button. That one button is all I need to get Dillon up to speed and crash my way through the armies of Grocks. There are slight touch controls, but they’re easily manageable no matter how heavy the action gets.

Also new here is the setting. Dead-Heat Breakers drops the series bright and colorful western landscape for a post-apocalyptic look that feels like it took one too many cues from the dreary games of the Xbox 360/PlayStation 3 era. Everything here is a kaleidoscope of gray and brown. It may not pop as much as the previous entries, but it fits the story of the game to a T.

It should be obvious Breakers owes a great debt to Mad Max: Fury Road. Inspiration from George Miller’s masterpiece can be found throughout the game, including how the story is told. Just as it’s arguable Max isn’t the protagonist of Fury Road, Dillon isn’t the star of Dead-Heat Breakers. I am, or rather, the star is Mii. At the top of the game, a Mii of my choice is Amiimalized, transformed into one of several random animals. There are tigers, bears, and bunnies, but my Mii is turned into a studly bull.

At the start of the adventure, the Mii me is on the run in a big rig after an army of Grocks Under-the-Domes my hometown. To save it, I’m going to need a big gun, and that’s where Dillon and his sidekick Russ come in. There are several small villages and mines around The City that need help defending themselves from Grocks. I help them, they pay me, and I use the money and supplies from each mission to build the required pieces of the gun.

Missions to save cities generally happen every other day. On my off days, I’m in The City doing odd-jobs. I can help at the recycling plant, race as Dillon for big cash prizes, feed the pork-bun looking Scroggs, play minigames, or work at the grocery store. That last one might sound like the least entertaining, but as a former grocer, there is something about it that is positively cathartic. All I do in this task is select which products to sell and organize them on the shelf, and I’m completely enthralled by it. Even if I don’t own the store and only get a cut of the sales, this little shop sim is a great way to relax between the action of the missions.

When it is time for me to go save a village, I go through a multi-stage planning session to prepare. First up is recruiting mercenaries in the hotel lobby. These are also Amiimals selected from my Street Pass collection and what a delight it is to see Reggie Fils Aimé as a bull, Willem Dafoe as a bunny, and JJ Watt as an itty bitty mouse. It may be my favorite use of the Miis, as well as what will probably be their last chance to shine.

Each mercenary is equipped with a gun that’s either short, medium, long, or extra long range, and the more powerful the gun, the more expensive the mercenary. I use my earnings from my job, racing, and previous missions to recruit them, and once I have everyone I think I need, it’s off to the battlefield for the next part of the pre-mission festivities. Here, I place the Amiimals in the various towers scattered across the map, aiming for as much coverage as I can get. The more Grocks they’re able to take out, the less work I have to do.

After they’re placed, I get my chance to explore the map. Different maps have unique characteristics to them. While the early battlefields have very few restrictions on where I can go, those later in the game often feature deliberately cumbersome designs that have me making tough decisions as the invasion unfolds. In this exploratory time, I travel to each tower to power up the battery that fuels the ammunition, track down various meteorites and grind them into supplies, and try to locate shipping containers that house anything from valuable collectibles to new heart pieces.

It can be an arduous process going through this set-up again and again with each new mission. Grinding the meteorites is outright dull, but it’s something I do because the economy of this game is absolutely baffling. Reinforcing tower doors costs an inordinate amount of supplies, usually leading me to skip it all together. I can end the exploring process anytime I want, but it will end itself in due time forcing me into combat with the Grocks.

Like the last two entries in the series, Dead-Heat Breakers is a mix of tower defense and action. My mercenaries handle the tower-defense portions — and I can use the touchscreen to direct my Amiimal to where he can help — while I, as Dillon, dash my way around the map to fight the Grocks one-on-one. When I engage, the action leaves the map for a smaller combat area where I dash, slash, and crash into enemies and grind them into dust. I can call my Amiimal to assist if things get too heated, but once I wipe them out it’s back to the main map looking for my next clash. 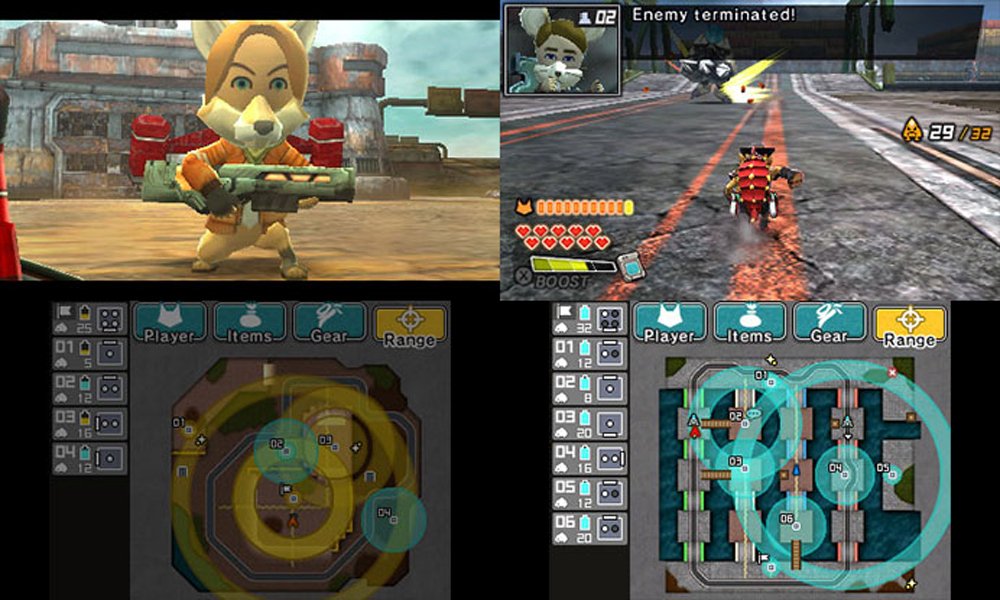 The Grock invasion process is divided into three parts. The first is as described in the previous paragraph. The second initiates when there are just a few Grocks remaining. Here, with the help of their mothership, they’re turned into vehicles that race around the roadways of the map. I give chase, using whatever speed boosts I have to catch them and slam into their sides, grinding them down into nothing. I can’t face them head-on because I always lose in that situation, so I only have a few minutes to catch up to and kill them all before time runs out.

If time does run out, the third phase of the mission starts. Here, the Grocks become superpowered and make a B-line for the main base of the stage. If I can’t stop them, it’s game over. If I do, I’m rewarded with money depending on how well I do, before the whole process begins anew. The entire process of setting up and engaging in tower defense battles is a bit too time-consuming, but the way it ends is never anything short of exhilarating.

I can’t fathom a situation where fans of the franchise will be disappointed with Dillon’s Dead-Heat Breakers. The music is fantastic, the world well-realized, Dillion has never looked better, and the shift away from predominantly touch controls is a wise decision. This is a solid adventure through and through, and it gives me slight hope we’ll see other forgotten eShop gems get another chance to shine in the future.