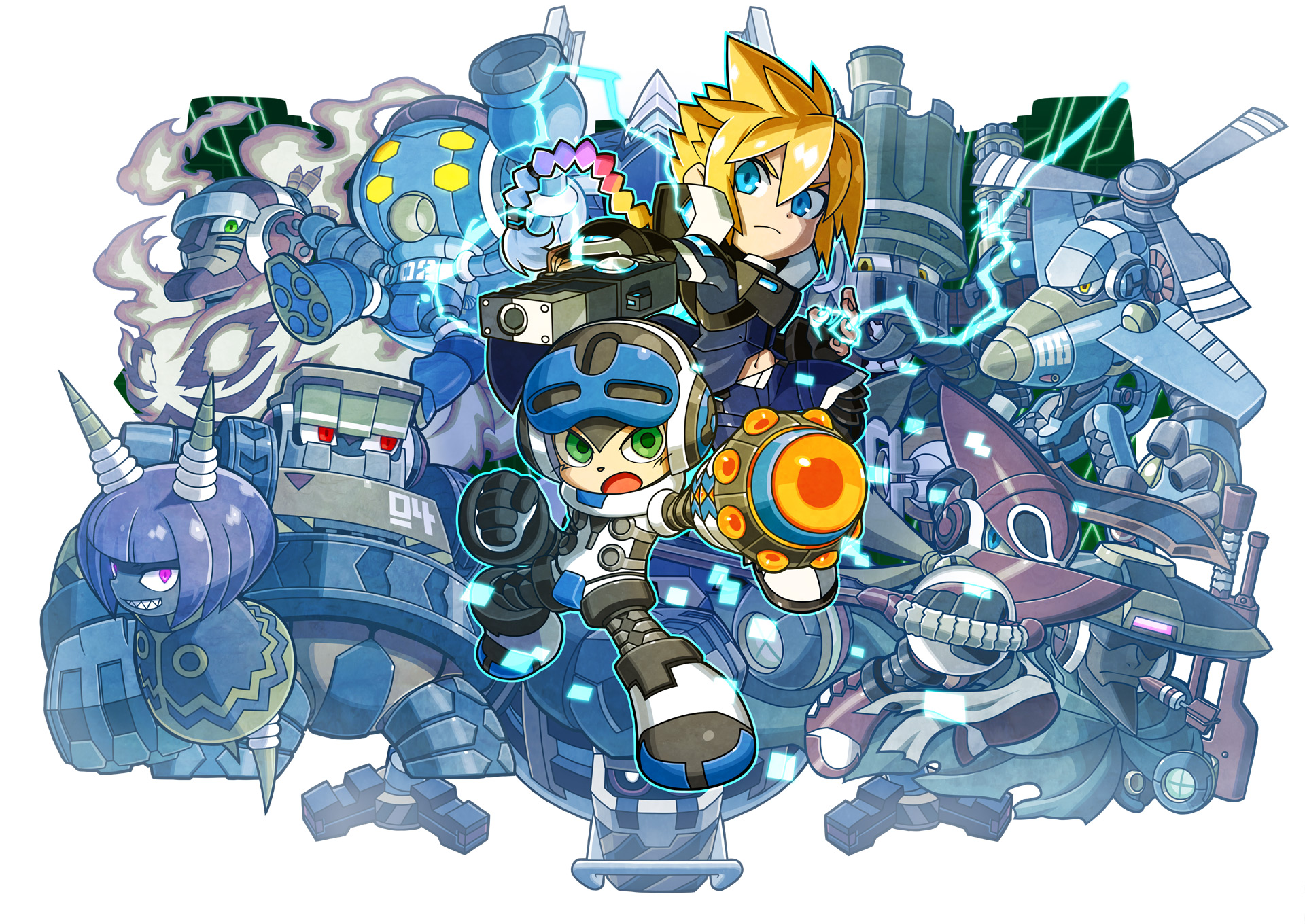 I’m bursting with excitement to play it

When Azure Striker Gunvolt first hit the 3DS, I picked it up right away. Not because I was zealous to play it, but rather I wanted to get my hands on the included freebie Mighty Gunvolt right away. Looking like a side-project Inti Creates staff whipped up in an afternoon, it proved for me to be more memorable than the game it was based on, reminding me of how the sweet simplicity of Dark Void Zero easily outshined its HD brother.

A few days ago it was announced we’d be seeing a sequel, news that made me smile a big, toothy grin. In his write-up of the announcement, Jordan Devore said he hoped the game would step it up a bit. Based on what I’ve seen of it, Jordan’s wish will be granted.

Rocking the aesthetic of an 8-bit game made on a 16-bit device, Mighty Gunvolt Burst will feature Gunvolt and Beck from Mighty No. 9 venturing through a new virtual world that intertwines both their universes. Apparently, Inti Creates has the go-ahead from Comcept to use Beck as they see fit, free of charge.

A Burst Combo system challenges players to finish off enemies up close for higher scores and the customization options will allow you to tailor a character’s attack to your liking. There is also a growth system where you can increase stats or saddle Beck and Gunvolt with a handicap that nets you extra points at the end of a level. On the Switch, you’ll be able to unlock a Dowsing mechanic that uses HD rumble to let you know when you’re near a secret.

No word if Ekoro from Gal*Gun will be returning as well, but I hope she makes it in even as a secret character. Mighty Gunvolt Burst will hit the Nintendo eShop for Nintendo Switch on June 15 with a 3DS release following later on June 29. It will retail for $9.99 on both systems, and as I type this I now realize I want Nintendo to implement cross-buy on its newest console sooner rather than later.