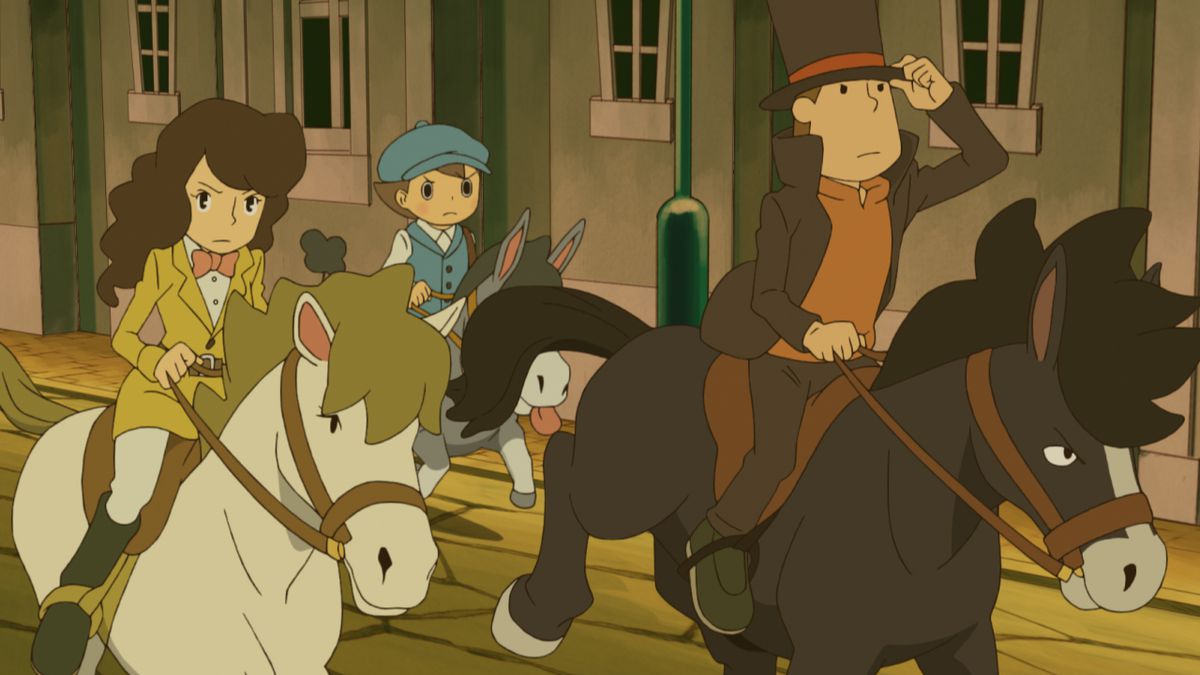 Professor Layton is a god! The dude is calm under duress, always witty and willing to help those in need of obtuse puzzle solutions. He does it all and looks dapper while doing it. It seems, though, that Level-5 can’t quite figure out how to bring the Professor’s English charm to the Switch, as noted in an interview they gave with Eurogamer.

When questioning series producer Akihiro Hino on the possibility of Layton coming to Nintendo’s hybrid console, Hino stated, “I played Zelda. I love the Switch. I think it’s amazing hardware. The problem is, the Layton series does a lot with the touchscreen and pointing. So, the problem with the Switch is, if you play on handheld you can do it, but if you put it on the dock… we’re trying to figure out how that would play into it.”

While the easy solution would be to go the route of Voez and make it tablet only, it looks like Level-5 doesn’t want to lock anybody out of enjoying the random ass puzzles that Layton always seems to encounter. Seriously, why does literally everyone in those games have their nose buried in some kind of quandary?

My suggestion would be to utilize the motion controls of the joy-con, seeing as how they can sort of replicate touching a screen. It isn’t exactly the same, but it also means you don’t have to create multiple solutions to a single puzzle for player specific needs. I think it would also work wonders with Layton, which doesn’t feature touch sensitive puzzles so much as just shifting things around.

Hino concluded with, “If we can get around that and figure out a way of doing it, definitely we’re looking into putting the next Layton onto the Switch,” so at least all hope isn’t lost.