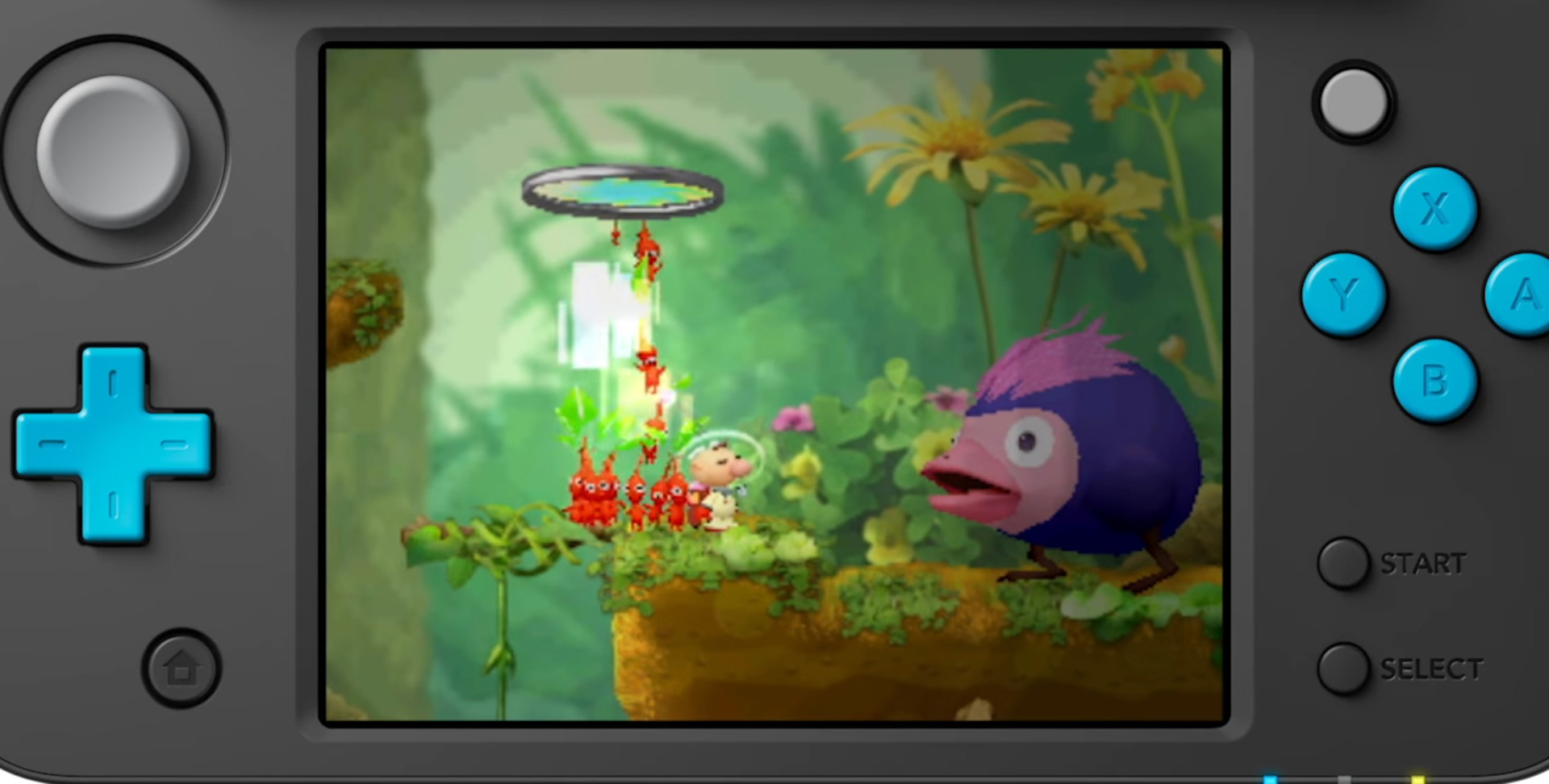 The name Hey! Pikmin sounds like someone is trying to get your attention before spreading the good word about cute little trinket-collecting critters. If you’ve been ignoring their pleas up until now, this overview video from Nintendo covers the side-scrolling portable adventure pretty well.

One of the treasures is a camera and it’s known in-universe as a “Smile Detector.” Checks out!

We’re closing in on the July 28 launch and I’m not exactly excited for this Arzest-developed game, but I do think I’ll play it. That’s actually a big deal for me — I’ve barely used my 3DS as of late.