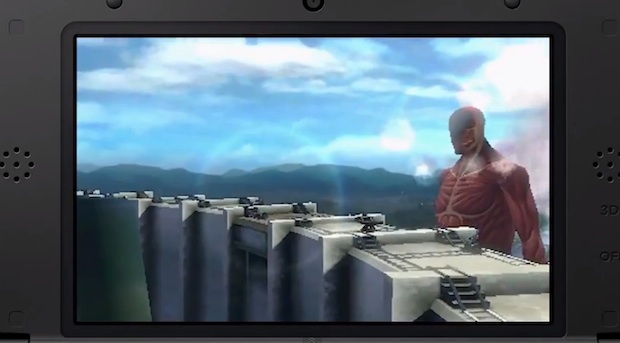 Spike Chunsoft’s Attack on Titan: The Last Wings of Mankind is everything I hoped it would be. It looks…well, just like the popular anime. Well, if the show were grainy and with a low polygon count.

But who cares?! You can still fly around with your 3D maneuvering gear and cut the f*ck up out of some titans, so we’re good. I dare one of those muscle-y shits to come over my wall. I dare an aberrant to waddle my way.

The gameplay looks to have a kind of Spiderman thing going on, but you had to expect that. I like the look of the character editor and expect to have a lot of fun with that. The video seems to be showing off some kind of multiplayer titan takedown. I’m totally up for that, too.