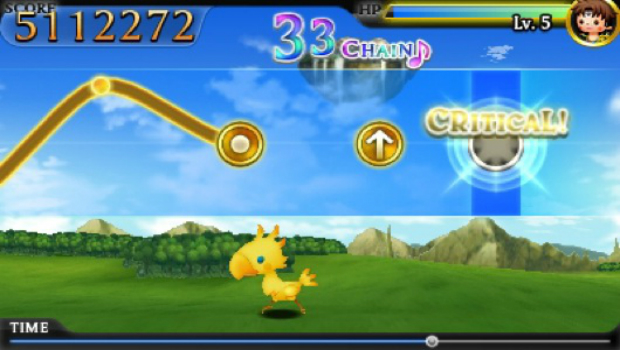 The first eight of the fifty planned Theatrhythm songs have been released, and I will be buying all of them. This first set of 3DS downloadable content will hit in Japan tomorrow at launch for $2 a song (day one DLC!). Sadly, there is still no word on a localization attempt.

This batch of DLC offers a number of great songs, such as FFIV’s “The Final Battle”, FFV’s “In Search of Light“, and the all time great, “Cosmo Canyon”. Listening to the Cosmo Canyon section again sent chills down my spine, as I remembered my first playthrough of Final Fantasy VII in seventh grade — and my second playthrough, two weeks later. Square, this is how you re-invigorate the Final Fantasy franchise!