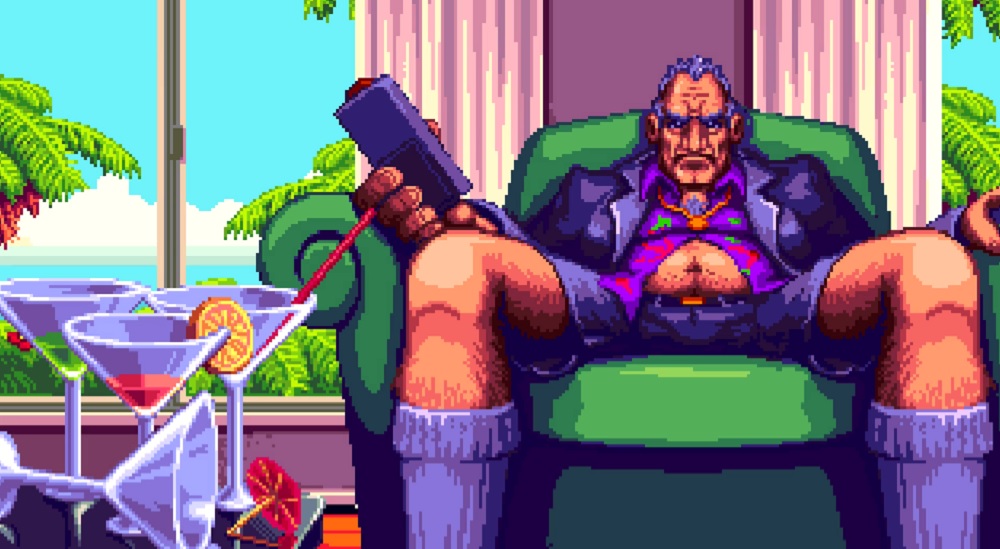 To date we’ve seen teases galore for vblank’s follow up to Retro City Rampage, Shakedown: Hawaii, mostly in the form of gifs and small clips.

But the day has come to see a little bit more, which includes this new trailer that showcases a new character and narrative, as well as what vblank is calling a “business metagame.” For those of you who weren’t keen on a lot of the gaming references and memes in Retro City, the developer describes Shakedown as more of a commentary on “mega corporations and white-collar crimes.”

Shakedown: Hawaii will be released later this year on 3DS, PS4, Vita, PC, and Switch. It’ll hit Switch first as per February’s “Nindies” Direct, and Sony platforms will be getting self-published physical copies.