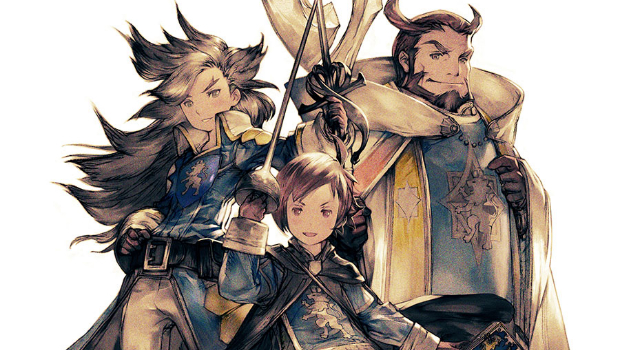 Time to go save the world again

Square Enix’s latest traditional 3DS JRPG, Bravely Second, was playable on the Tokyo Game Show floor this year, and I had a chance to go hands on with it. This is the first time the game has been released to the public, so I was eager to see what had changed since Bravely Default.

The actual demo proper was brief, taking me a little under ten minutes to clear in its entirety. It kicks off with the new characters, Yuu, Jean, Nikolai, and Magnolia introducing themselves to the player and promptly breaking the fourth wall. It seems clear that the demo was designed specifically for TGS, and may not even be a scenario present in the final game.

Agnès, now a high ranking member of the church, sends the four on a quest into the woods to save a young boy who has gotten lost. Apparently some troublesome bandits may have kidnapped the child, so the party rushes in ready to deal out justice. After clearing a brief dungeon, there’s a boss fight against Amy, one of the new asterisk holders and wielder of the new Tomahawk job class. After defeating her and her goons, the demo ends.

The Bravely Second demo pops you in at the new city, which while beautiful is very similar on a technical level to the towns in the first game. You can’t go inside buildings, but the camera zooms in and out depending on where you are, and the 3D effect is as good as ever. Visually, the game has been improved in little ways here and there. Character models are a less chibi-like, and more realistically proportioned without ruining the art style that made the first title so nice to look at. The biggest visual change comes in the form of the single dungeon in the demo.

It was a forest map, with trees and wild plant life growing all over the place. Where things differ substantially is how the camera is positioned in all of this. Rather than a semi-isometric view of the field, the viewing angle was at ground level with the character, and they moved in and out of the screen within the dungeon. This creates a cool effect with the foreground and the background, and it also helps spice up the location. I greatly enjoyed Bravely Default, but I found most of its dungeons to be rather bland and drab. Fortunately this was anything but that.

With Revo off of musical duties, the baton falls to Ryo, the well known composer for the group Supercell. Given the incredibly loud nature of TGS, it wasn’t the best set of conditions to listen to the new tunes, but what I could hear sounded good. He has a distinct style altogether different from Revo’s, and it lends the game a refreshing feel. It’s not nearly as horn heavy, and it’s undeniably more traditional sounding, but I felt it matched the setting well. While I won’t deny that I’m disappointed with Revo’s absence, things might be all right after all.

Otherwise, the gameplay is mostly intact. The Brave/Default system is back in full force, and controlling a team of four against the various enemies is as fun and fast as ever. Amy’s job, Tomahawk, is very intriguing. Before attacking with her crossbow axe, she first lit the arrow on fire in a previous turn. I’m wondering if that means she’ll be able to elementally enhance her own attacks or not, as that would be an interesting new addition to the skill sets of the other jobs.

As it stands, Bravely Second is looking like a fine follow up to the first game, and I’m pleased to see that some of my biggest issues have already been addressed.