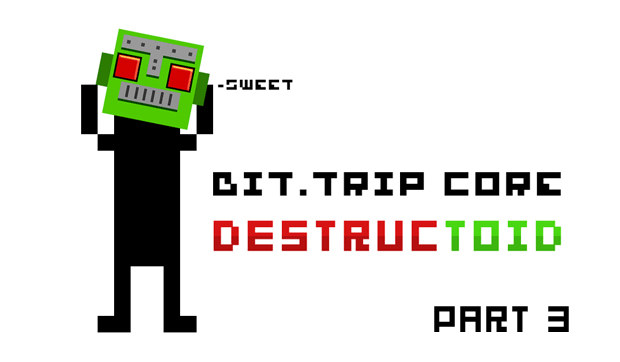 Here it is, my last E3 09 video, and there’s no game I’d rather go out with than Bit.Trip Core. In this, the final part of a three part series, we hear about the chances of the Bit.Trip series to come to other consoles (including the DSi), how Bit.Trip Beat has sold so far, why the men of Gaijin Games will likely never go retail, and what games turn them on.

My voice cracks a bit at the end of the interview. Second puberty is a real bitch, one they don’t tell you about in health class. Hit the jump and hear for yourself.