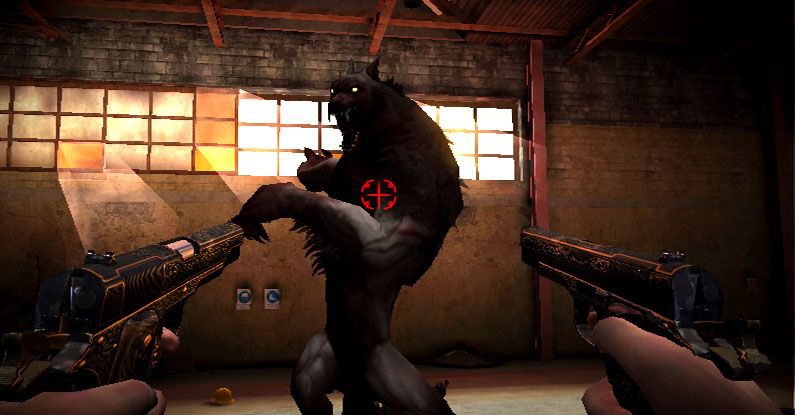 I’m not a big fan of the FPS genre, but when a game brings this much to the table, it doesn’t matter what genre it’s in. The Grinder combines the knowingly over-the-top horror/comedy of House of the Dead: Overkill with kick-ass controls of The Conduit and the co-op survival of Left 4 Dead, with a little Monster Squad thrown in for good measure. It will be very hard for High Voltage to screw up a game with this much going for it. My only complaint about the game at the moment is that the backgrounds look a little wonky, but I’m not worried, as the game’s E3 09 build was only 6 1/2 weeks into development. Crazy, right? I still can’t believe how well the game looked and played considering it had only been around for two months.

Hit the jump for the full video interview, where David Pellas from High Voltage talks about the game’s influences, the Left 4 Dead comparisons, and the game’s chances of being brought to the PS3/360.