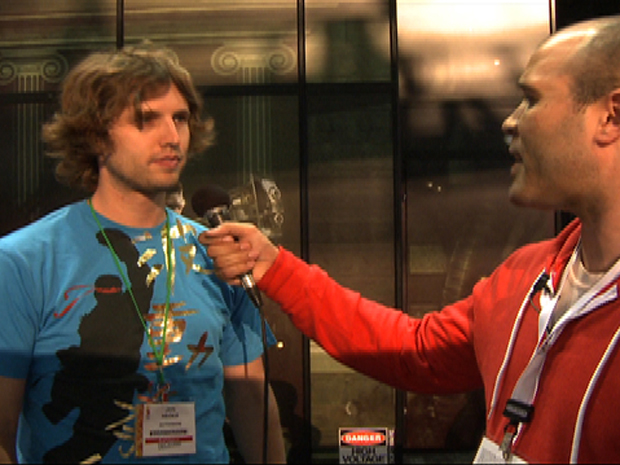 Everyone’s been saying that E3 09 has marked the return of the “real” E3. What does that mean? I’m not rightly sure, but I think it has something to do with all the batsh*t insane, barely videogame-related stuff that was constantly afoot in and around the convention hall this year. Andy and I tried to capture all of it as professionally as possible, but we definitely weren’t able to catch everything. At one point, we had to choose between stopping in the hallway to beg Walter Day for an impromptu interview and racing outside to the far end of the convention center to take a gander at the probably-fake religious activists trying to stop EA’s game Dante’s Inferno from getting made. I’m still not sure if we chose wisely, but there you go.

So yeah, this video is dedicated to all the “personalities” we encountered at E3 09, booth babes notwithstanding (that video is for later in the week). Highlights include meeting a hamster man (there to promote the upcoming G-Force game/movie), a run-in with the two best pirates of all time, and pitting Napoleon Dynamite against the most important videogame question ever asked ever.

Hit the jump for the video.