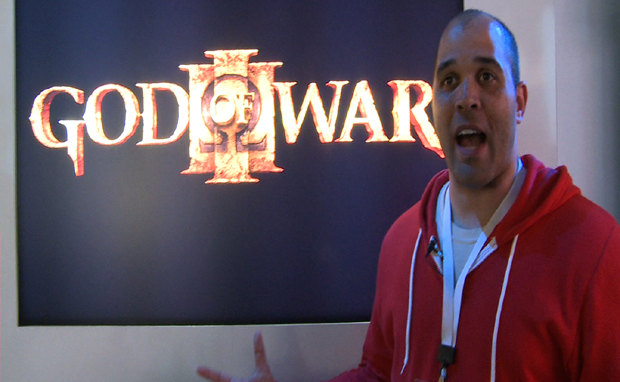 Here’s a look at few more of the PS3/360 games of E3 09. Highlights include some time with God of War III, Left 4 Dead 2, and Project Cube; a really kick-ass looking Geometry Wars rip-off from Square-Enix that is not shy about throwing blood all over your face. Come to think of it, if measured by blood splatters per second, Project Cube was probably the most violent game at the show. I think I love it.

For the record, this will be the last E3 09 video recap I post. We do have a few video interviews coming up in the next few days, covering games like Tatsunoko Vs Capcom, Bit.Trip Core, The Grinder, and Gladiator A.D., but as for videos that try to condense six hour gaming sessions into 3 minute youtubes, this is the last of them.

The process of examining, uploading, and editing all this E3 09 footage (probably more than 20 hours worth) has left me totally desensitized to the whole event. Thats the bad news. The good news is, I now pretty much have all of E3 09 memorized. It’s a beautiful thing. At the risk of sounding corny, E3 09 was a time in my life that I never want to forget.

Hit the jump for the final recap, and don’t forget to wave goodbye to E3 09 for me.