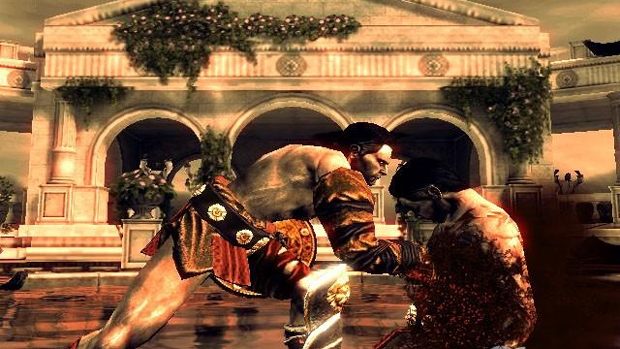 Where The Conduit is exciting because it promises to be the first fully featured online FPS on the Wii, and The Grinder looks promising for it’s co-op and horror/comedy combo, Gladiator A.D.’s claim to fame is being damn strange. It’s both ultra-violent and ultra-realistic, a combination that’s never been seen on the Wii before. It plays sort of like Bushido Blade, and also sort of like Punch-Out!!, but it’s actually nothing like either game in almost every way. In fact, the game isn’t quite like any other fighting game I’ve ever played. When was the last time you heard someone say that?

Regardless of how the final product turns out in the end, I’ll always remember Gladiator A.D. for being a game that was brave enough to follow its own path. By the way, it looks a billion times better than that screenshot up there, or any screenshots of the game currently available. You’ll really have to see it for yourself to know what I mean.

Hit the jump for inside info and a hard look at Gladiator A.D.