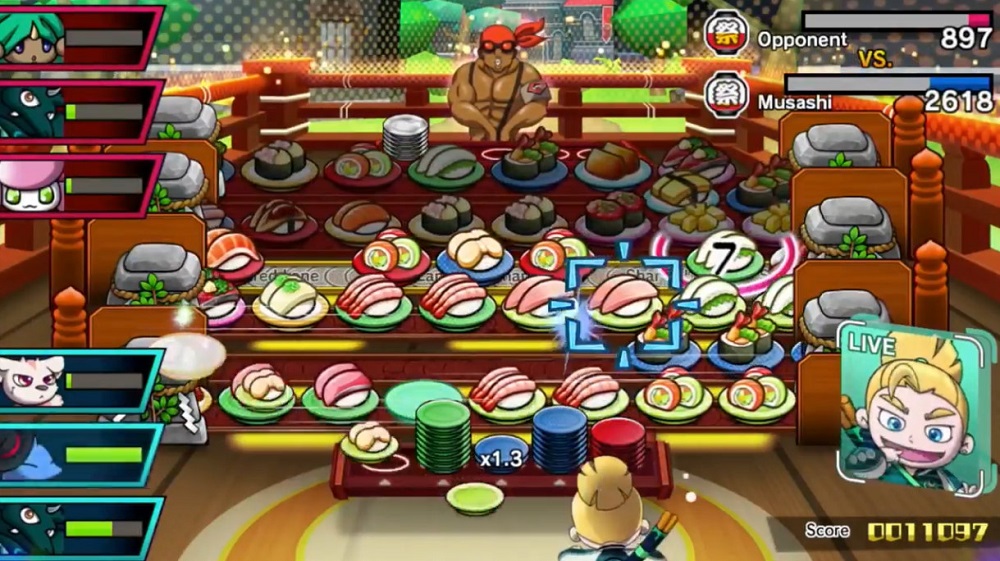 In just under a month’s time, Nintendo will release the goofy-but-fun Sushi Striker: The Way of the Sushido on Switch and 3DS. A new Japanese trailer has been uploaded to give fans a glimpse at the comical, quick-reaction title.

In a world where sushi has been forbidden by a totalitarian government, rebel and professional fish-eater Musashi takes it upon themselves to overthrow the country’s rulers by taking up grass-roots, sushi-eating, plate-flinging action.

Sat in one of those conveyor-belt joints that I’m too poor to have ever visited, players use the touchscreen to help Musashi gorge plate after plate of delicious sushi, retaining the discarded dishes as ammo to fend off a series of opponents, ultimately freeing the country from its culinary tyranny.

Once you’re done liberating the people with the power of raw fish, then you and a pal can face off head-to-head in the game’s multiplayer mode. You can also take your eating prowess online, tackling players around the world to prove yourself the greatest Sushido of all time.

Sushi Striker: The Way of The Sushido launches June 9 worldwide on 3DS and Switch.