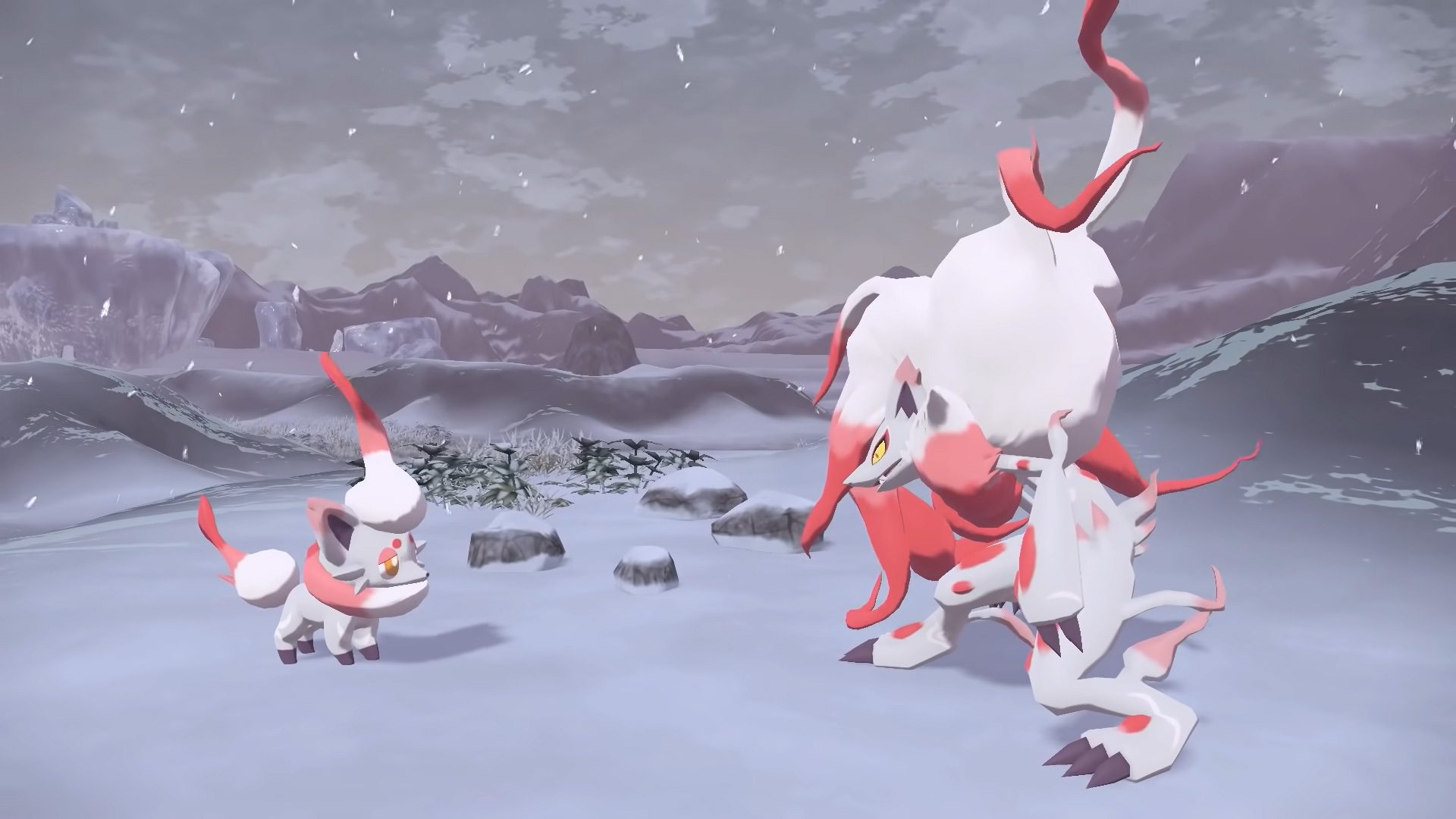 [Update: We’ve got a clearer look at Hisuian Zorua and Hisuian Zoroark in a new trailer for Pokemon Legends: Arceus posted to the Pokemon YouTube channel.]

The video is the same as before, only now we can see this videographer’s journey through the chilly mountainous part of the Hisui region. Eventually, he stumbles upon Hisuian Zorua and Zoroark, which I think he ends up regretting. I mean, this dude dies in the video, right?

I’m not saying it’s clear he did or anything, but the implication that this is found footage, and that no one seemed to know what the footage contained? Does not bode well for our intrepid friend here. The Pokemon in Pokemon Legends: Arceus are scary, and certainly seem like they should not be trifled with.

This also shows off some more Hisuian versions of Pokemon, similar to Galarian or Alolan forms in previous Pokemon games. These versions of Zorua and Zoroark do seem cool; I was hoping for an Arcanine, but Zoroark is a neat choice.

Pokemon Legends: Arceus is turning the clock back and taking Trainers to the early days of the Hisui region, so the potential for even more unseen-until-now Pokemon is exciting. Even if they, like the noble Kleavor fight shown off, seem pretty intimidating to run into.

Pokemon Legends: Arceus will hit the Nintendo Switch on Jan. 28, 2022. 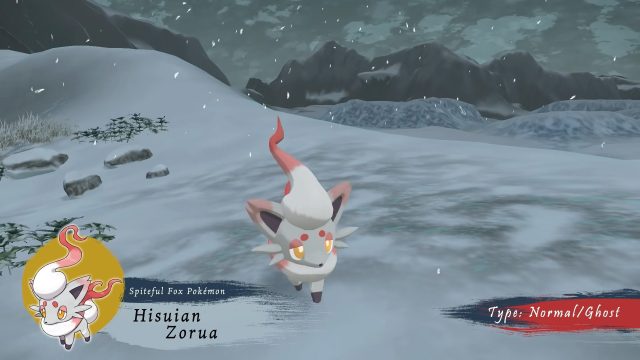 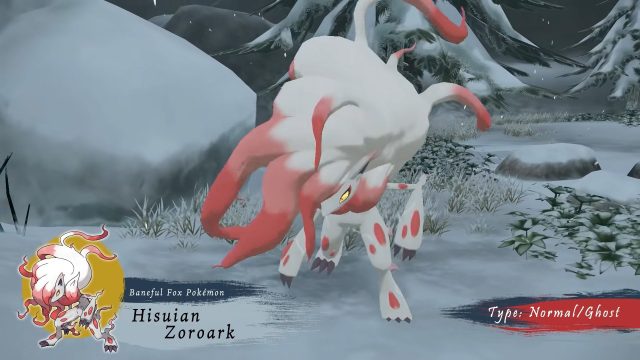