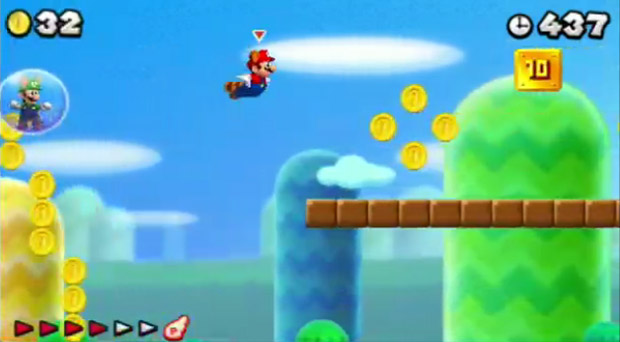 During Nintendo’s ridiculous 3DS Software Showcase, New Super Mario Bros. 2 was demonstrated live. Hardly news, but there was a fun little announcement included: the 3DS game has full, two-person cooperative play, as shown in the screen cap above.

Additionally, it was revealed that NSMB2 will be playable tomorrow on the E3 show floor. We’ll get someone to head down and bring you hands-on coverage. You hear that, Holmes? More Nintendo games to cover.

If you missed out on the event, know that this stuff was one of the absolute highlights. Seriously.