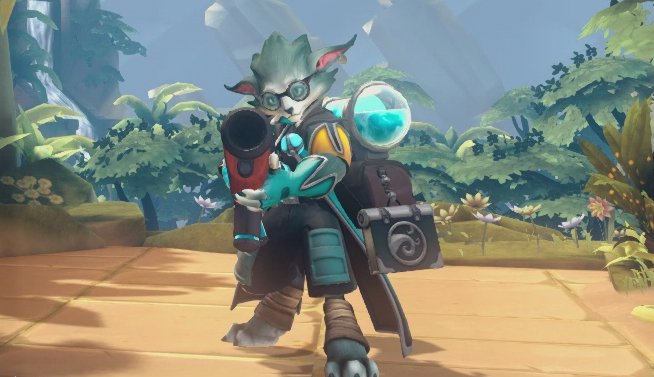 [Update: In an email with Destructoid, a Hi-Rez representative confirmed that Paladins will be free to play, but the developer is “still working out the specifics.” To prognosticate for a bit, I would personally guess the monetization will play with the deck of skills.]

Paladins takes place in a fantasy setting with elves, dwarves, orcs, and goblins taking up arms in its base defense multiplayer. Also, whatever that lombax-lookalike thing in the header image is. Hi-Rez also describes a sort of collectible card game element, where abilities are activated via a customizable deck of cards.

I like the look of it, but I can’t help but get this confused with all the other one-word-named, colorful, team-based shooters featuring a diverse cast of characters in the pipeline. Seriously, Battleborn, Gigantic, and Overwatch all say hello. The big question left about Paladins: is it hobby-grade?