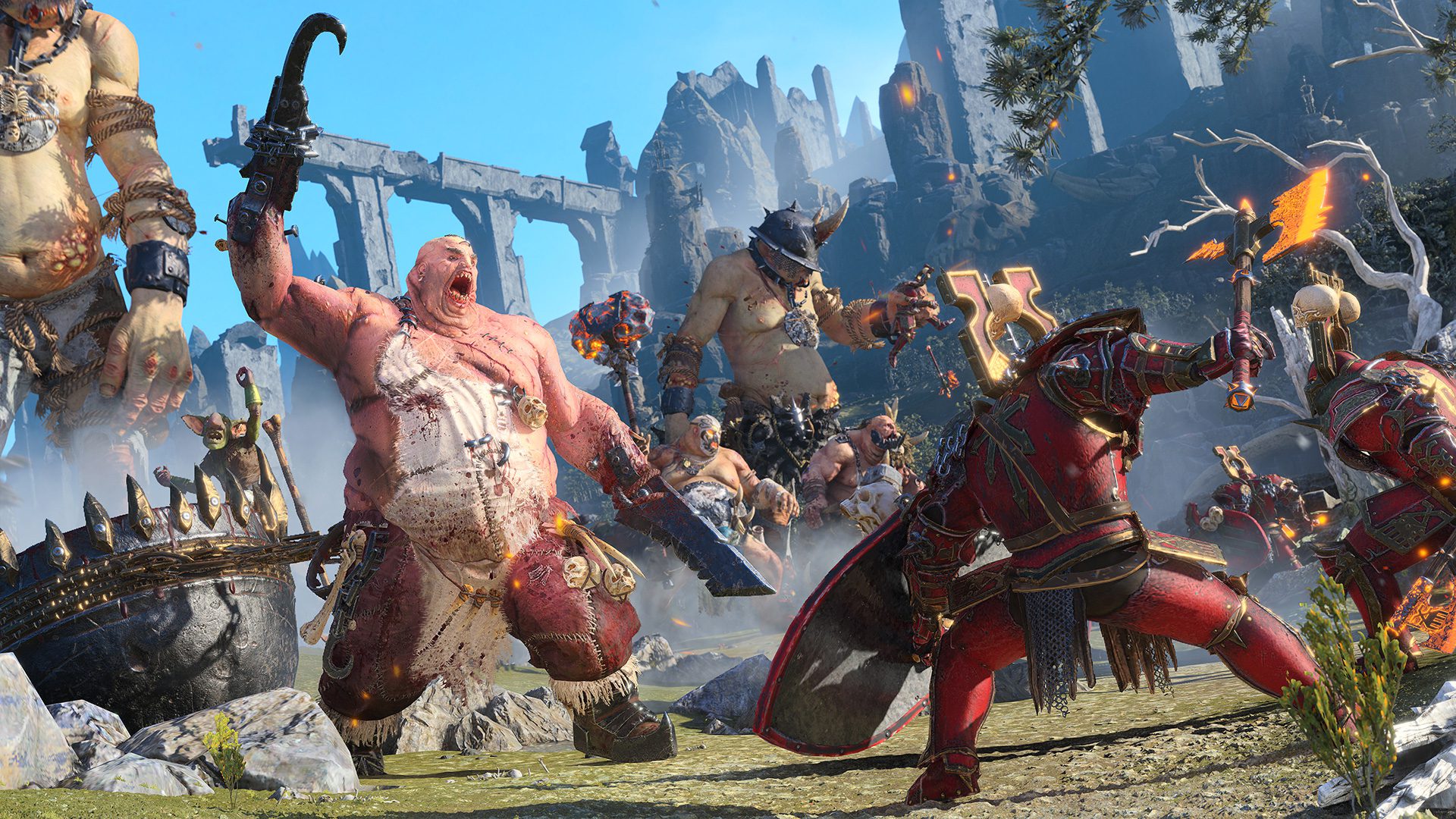 The biggest month for games just got bigger

Sure, why not? Pile ’em on. More games for the game god. After slipping out of 2021, Creative Assembly has slapped a new date on Total War: Warhammer III. The army-clashing strategy spectacle is confirmed for a February 17, 2022 launch on PC and Game Pass.

Along with the launch news, the team also put out a trailer for the Ogre Kingdoms, which is a wonderfully vile sight. This content — including the Legendary Lords Greasus Goldtooth & Skrag the Slaughterer — will be an “early adopter” pre-order incentive called the Ogre Kingdoms Race Pack. That’s how you can play as the big lugs in the campaign.

Of course, “PC” can mean a few very different things these days. In this case, you’ll have a few places to play Total War: Warhammer III — on Steam, the Epic Games Store, the Microsoft Store, and potentially best of all, with Xbox Game Pass for PC.

Yep, this is a day-one Game Pass get. Flaunt it if you’ve got it.

As much as I appreciate the value of having lots of significant games roped into Game Pass, you can count me among the folks (our numbers are rising!) who aren’t crazy about the PC-specific experience. It’s less than ideal compared to Game Pass’s console counterpart, but I’m willing to put up with UX issues and nitpicks on PC if the games are worthwhile — and for many people, Total War: Warhammer III will be worth it.

“If you own Warhammer III through Game Pass for PC, you will also be able to purchase future DLC for it through the Microsoft Store, as well as access Free-LC as it becomes available,” according to Creative Assembly. Another tidbit before you’re in too deep: “Currently it’s not possible to track the different Total War: Warhammer content you own across different storefronts. So, for example, if you buy Total War: Warhammer on the Epic Games Store, you will also need to buy the DLC on the Epic Games Store in order to use it.”

As for February 2022, goodness gracious. I promise not to do this every time a game slips into that month, but… there’s Dying Light 2, King of Fighters XV, Horizon Forbidden West, Destiny 2: The Witch Queen, Sifu, Elden Ring, and Saints Row back-to-back. Among others!

We truly can’t play ’em all, which is frustrating for us as folks covering games, but probably not a huge bother for many of you. It’s a nice problem to be spoiled for choice, and I’m pumped for people who are getting an exciting new game in their favorite series.