This week’s gaming setup belongs to Mr Gilder. He’s got a nice collection of consoles, plenty of games, awesome figures, and swords he uses to kill people that don’t put the games back in their right spot. Check out Mr Gilder’s C Blog for more pictures of his setup.

Takeshi is in love, Conrad Zimmerman is looking for community guests on Destructoid Discusses, craineum uploaded every episode of RetroforceGO! onto bittorrent, Topher gave you a behind the scenes look at the Destructoid offices, there’s a PAX Google Group, and plenty more happened in the community this past week.

Tactix hosted another Dtoid Community Discusses along side NihonTiger90, Blehman, ScottyG and Coonskin05. This past week’s topic was on gaming journalism.

The fourth update to Bonerquest was released. Go quest some boners.

This is pretty fucking cool if I say so myself (which I am saying myself. I don’t understand that phrase): johannhat wrote this blog about Dash of Destruction. Well one of guys that worked on the game actually got in touch with johannhat through Xbox Live and thanked him for the blog. People in the industry actually pay attention to the stuff you write, folks.

Togail showed off some more of his extremely impressive artwork. This time it was on Final Fantasy VIII’s Leviathan.

So Jonathan Holmes really loves Dead Rising: Chop Till You Drop. I wish I could be in the same room as him once he realizes just how bad the game is. I just know he’s going to cry and it’s going to be so funny. Sorry Jonathan, I love you, but your love for this game is too much.

We’re looking to have one weekly community member have a guest spot on the Destructoid Discusses topic. Send Conrad Zimmerman an e-mail if you want to participate!

craineum has gone and put every single episode of RetroforceGO! onto bittorrent. Go seed the shit out of it please!

VGMari gave us some pictures from Otronicon. Niero loves himself some Atari and Colette is going to murder R3Y.

Clance is a very nice man. He could have ruined a guy’s job for almost breaking his replacement PS3, but he let him off the hook.

The GHost showed off some of the awesome swag he got and recounted the good times while in America. Good luck saving kangaroos in Austria, mate.

Mikey’s latest drawings include Cammy and the Noid screwing with Dyson’s Pizza Rolls.

Topher gave you all a look at some of the behind the scenes antics over at Destructoid Headquarters. It seriously is like this almost every day.

Congrats to Thornnn on another addition to the family.

Yes, the forums are coming back this week. You’ll all have your fix again very soon. 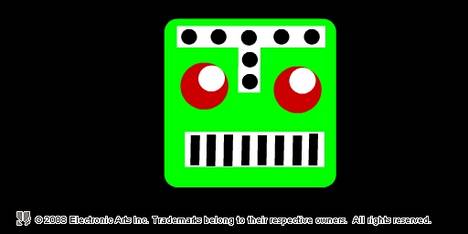 fetusmilk made a Destructoid sticker for Skate 2.

If you want to go to PAX this year, then hit up the Google Group led by power-glove. We’re trying to get as organized as possible this year since there will be a lot of us there. The more organized we get, the less time we’ll have to spend on not drinking.

Tubatic has a boxed copy of Tenga Tetris and Final Fantasy for the NES. You can pretty much retire now, Tubatic.

Half left gave us a FNF recap of Left 4 Dead. I really wish a zombie apocalypse would happen.

The game Altered Beets has been working on for the past nine years is now complete! Go give it a try and let us know how it is.

Togail also showed off some of his latest tattoos. Etna, Zodiark, and the NERV Logo are now permanently a part of his body.

Dyson is a very messy person. He is also very generous.