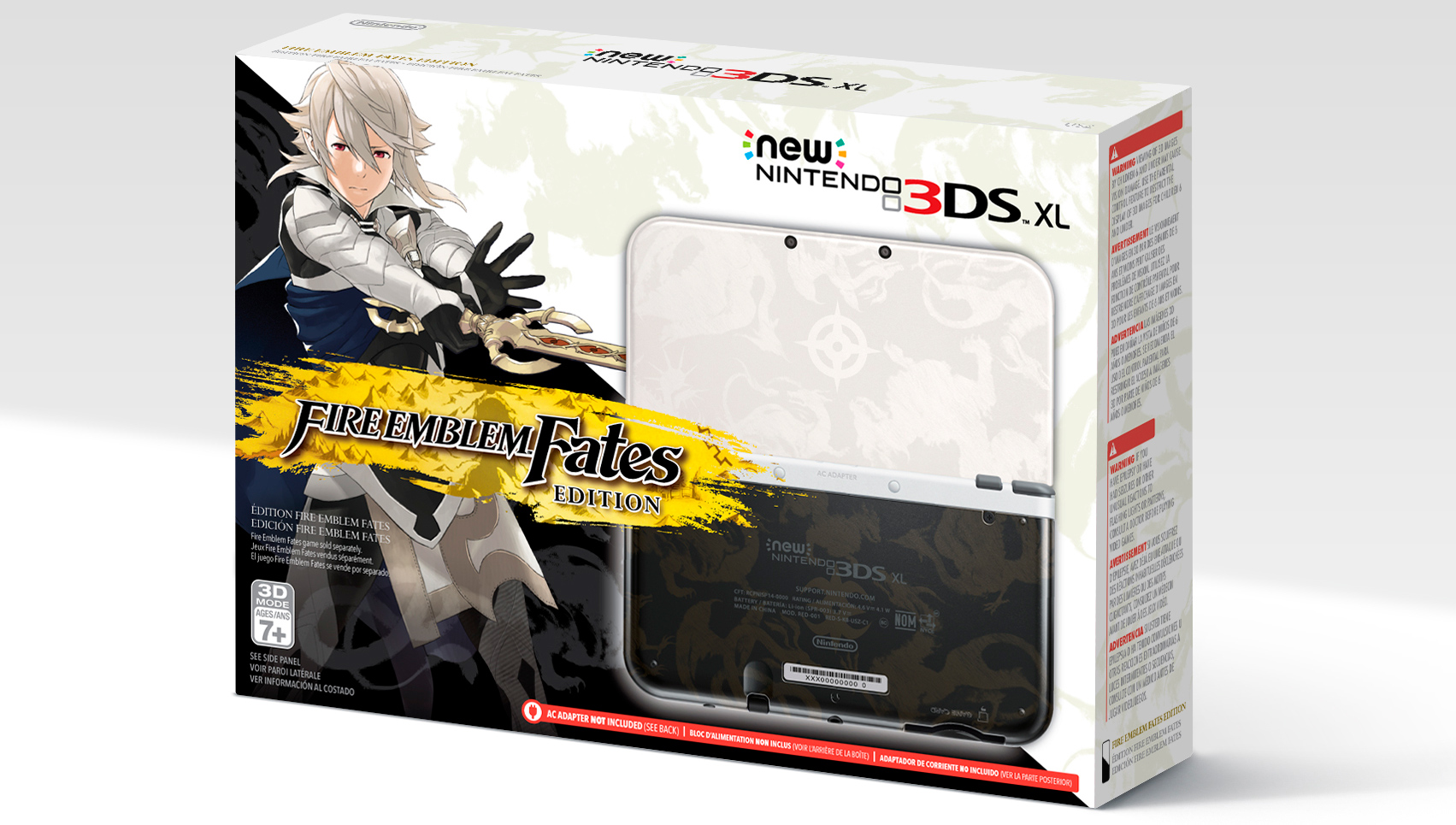 Nintendo is bringing this lovely Fire Emblem Fates-themed New 3DS XL to North America on February 19, 2016 for $199.99. There are multiple versions of the upcoming RPG — Birthright, Conquest, and then a third story, Revelation, as DLC — but none of ’em are included in the package.

As a reminder, Fire Emblem Fates: Birthright and Fire Emblem Fates: Conquest are both launching on the same day as this hardware, February 19, for $39.99 a piece (though you can save on whichever version you buy second; it’ll be $19.99 via download). Revelation is coming a bit later, digitally, on March 10, 2016. And there will be a physical bundle of all three stories on one game card for $79.99.

“When [Fire Emblem Fates] launches, further downloadable content in the form of new maps will also be released on a regular basis, with the first map launching on Feb. 19,” Nintendo said today. “Players can choose to buy each of these maps individually, or purchase Map Pack 1 for $17.99 to get access to them all at a discount once they are released.”