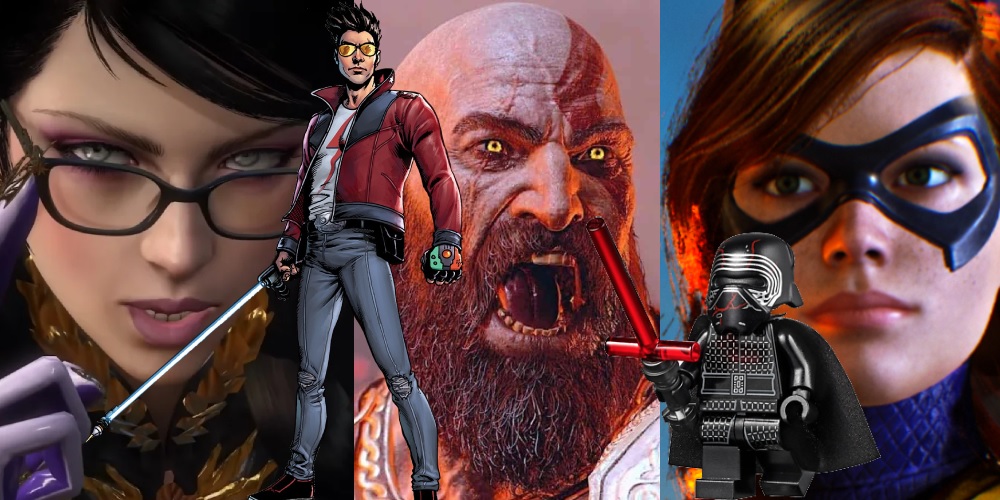 Ranking the next generation of buttkickers

[Warning: This article contains end-game spoilers for multiple new titles. You have been warned!]

We’re at the stage with a lot of modern action franchises where their original leads, (and their audiences), are old enough to be parents and grandparents. Their creators are often in the same boat, leading them to think a lot about how to pass their legacies off to the next generation. That’s part of why we saw Ellie take the lead from Joel in The Last of Us Part II, Indiana Jones team up with his kid Mutt in The Crystal Skull (and maybe yet another kid in the upcoming Dial of Destiny?), Rick’s daughter Judith become the co-lead of The Walking Dead in its last season, Dante hand-off leading man duties to newcomer Nero in Devil May Cry V, and so on.

These sorts of “passing the torch” milestones are a natural part of life, even when those lives are purely fictional.

It’s hard to say if and when these “passing the torch” moments will stick. We certainly haven’t seen much from James Bond Jr. or Rodimus Prime in a while. But in 2022, there were more than a few games where the next generation of action hero took the lead in an effective way. Here are my top five for the year.

Remember, spoilers are present for almost every game on this list! 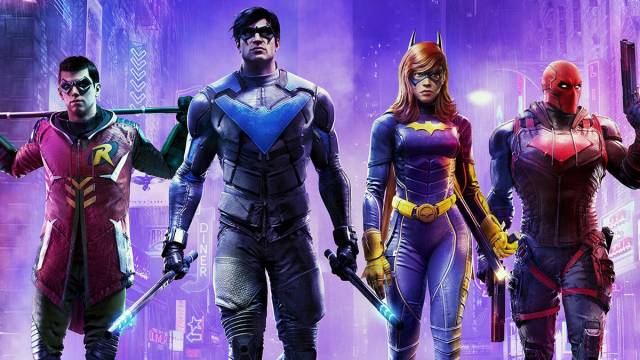 When playing a Batman game where you face off against supervillains, the challenge and excitement are baked into the premise. On the other hand, using the world’s greatest detective and martial artist to fight a common human criminal can be a little anticlimactic. In order for a game to really make you feel like you are Batman, he’s going to have to be overpowered, leading to initial thrills, but at the risk of longer-term malaise. There’s no question at this point who would win in a fight between the dark knight and 5-10 random goons.

By making Batgirl and all three generations of Robin the leads of Gotham Knights, the initial tension factor is immediately turned up a notch. And personally, I’ve always found it more impressive (if not a touch less realistic) to see a kid like Damien Wayne beat the crap out 10 musclebound henchmen at a time than to watch his Dad do the same thing.

Gotham Knights lets you do just that, and while the game is definitely better in theory than it is in practice, it’s still worth a mention on this list. Let’s hope that the next time we see the caped crusaders’ sidekicks take the lead they get to star in a title with a little more punch. 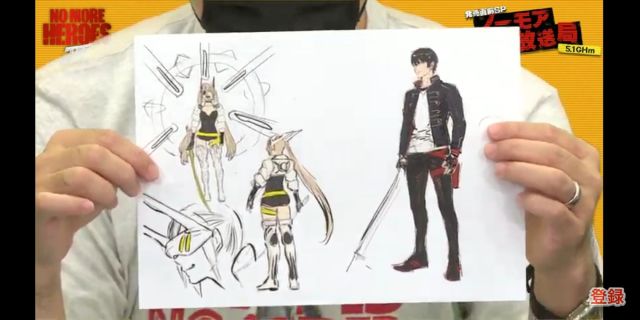 This one is a bit of a cheat, as the game originally released on Switch in 2021, but it didn’t make it to PC/PS4/PS5/Xbox until this year, so it was new to a lot of people in 2022. It’s also a game that will always feel new to me. It’s so packed with eye-opening moments, at least for long-time fans. The beheadings, the sudden rap battle, the surprise Smash Bros. mode, and the list of curveballs the game throws at you is downright diabolical.

And they saved the biggest twist for last. In the post-credits scene, Travis Touchdown’s son Hunter and daughter Jeanne suddenly appear. They immediately slice up an alien God and announce that they’ve come from the future to recruit Travis and his grandson Scott to help them kill the past. It’s a real cliffhanger! [End Spoilers]

It’s also the right direction for the series to head down. In his first appearance in 2007, Travis Touchdown was a spot-on tribute/parody of a certain kind of videogame enthusiast. Now 15 years later, it makes perfect sense for his descendants to be picking up where he left off, symbolizing today’s modern V-tubers and Twitch streamers and whatnot.

It’s such a fun idea that I would have ranked it #1 if it weren’t for the fact that the No More Heroes series is on indefinite hold, and there’s no guarantee that a game costarring Travis’s offspring will ever get made. Fingers crossed they’ll at least show up in a badminton game someday. 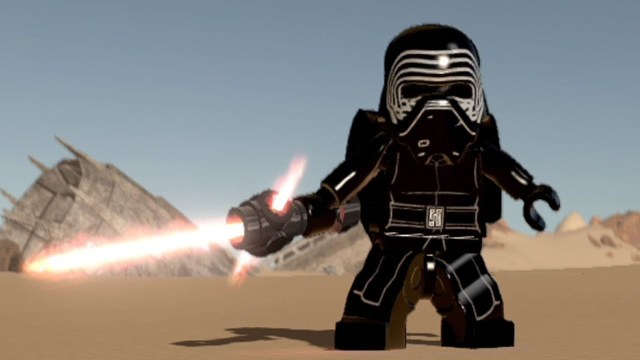 If we’ve learned anything from the Star Wars sequel trilogy, it’s that people ultimately didn’t really want to see the continuation of the Skywalker storyline. When Episode 9 revealed that Rey was the granddaughter of Emperor Palpatine, effectively untwisting a plot twist from Episode 8, the fandom collectively groaned in unison, as if millions of voices suddenly cried out in disappointment and were suddenly disinterested.

Since then, almost all the most popular Star Wars content to be released has barely involved the Skywalkers. Grogu, the wildly popular “baby Yoda” who is actually not related to Yoda at all, is the perfect emblem of what people want from Star Wars today. They still want it to look and feel like old Star Wars, but only on the surface. Under the skin, they want the new leads of the franchise to be their own people.

Ironically enough, that’s what the latest LEGO Star Wars game manages to pull off. With an expanded combat system and a more fully cohesive retelling of nine movies’ worth of narrative, it’s the perfect blueprint for what the future of LEGO Star Wars should look like. I’d also argue that the stories of the sequel trilogy work best here, as playing through them in the context of the other six movies, all wrapped together with a cohesive LEGO look, does a lot to make them feel like they belong together.

The option to pick up Grogu as DLC doesn’t hurt either. 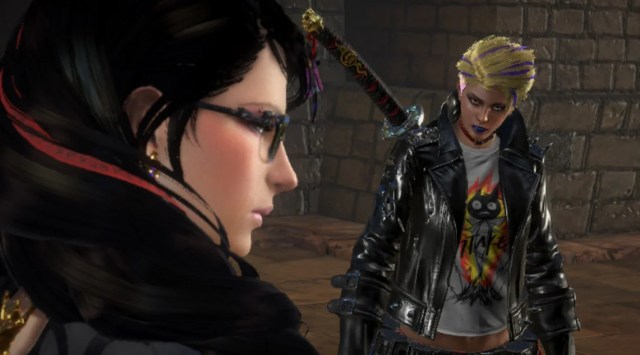 The future of the Bayonetta series has never been less predictable, with a suddenly announced prequel set for release in a few months, and plans for a numbered sequel to the main franchise totally up in the air. That said, Platinum games has made it clear that they want to push the franchise’s story forward, and when they do, they intend to have a new lead in the role of Bayonetta.

From the very start, Bayonetta 3 defies expectations around who exactly you’ll be playing as. From the very start, we’re given reason to believe that the old Bayonetta from the first game may be dead, and the one we play as for the bulk of the game is a more youthful, pigtailed multiverse version of the character. Later on, it’s strongly hinted that this new witch is actually the child Cereza that Bayonetta met via time travel in her first game. And if that weren’t enough “passing of the torch” for you, this new Bayo is later dragged to hell, leaving Viola, her daughter from another multiverse, to take on the Bayonetta mantle.

This new potential star of the series is everything the original Bayonetta wasn’t. Where “classic” Bayo is a graceful femme who frequently pole dances nude to Frank Sinatra songs, her replacement is a bumbling, butch punk rocker who’s big on physical comedy and unrevealing plaid pants. She’s actually a lot like Travis Touchdown from No More Heroes, which is probably a turn-off for some Bayo fans, but I personally can’t wait to see her take the lead in Bayonetta 4 someday. 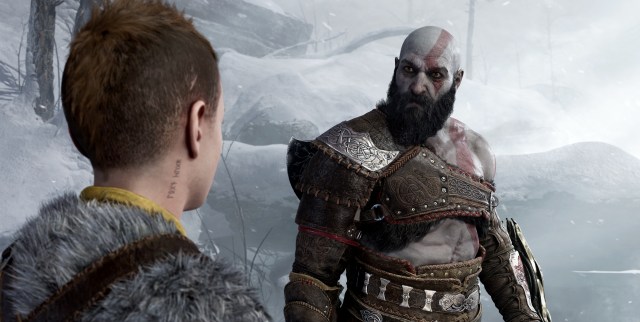 Full disclosure, I don’t like these games at all, but I can still appreciate how masterfully they’ve established Kratos as one of gaming’s best “anti-heroes-turned-grumble-Daddies” (Dadnti-heroes?) If you grew up with a grizzled, grumpy Pappa who lost his soul to trauma, a constant state of fight or flight, and life-crushing responsibilities, chances are modern Kratos will remind you at least a little of your own Father.

But to be a real successful sire to an offspring, you have to let your kid become the star of their own story. With God of War: Ragnarok, Kratos finally does just that, allowing his son Atreus to be fully playable (at times). Much of the game’s story also centers around the boy. The thrust of the whole adventure comes from the revelation that Kratos’s son is actually the shape-changing Norse God Loki. That’s a lot of responsibility for a home-schooled teen, and the choices between staying true to his Dad and finding his place in the greater Norse mythology brings consistent relatable tension to the father-son dynamic. [End Spoilers].

It’s been prophesized for a long time that Kratos will eventually kick the bucket, though his enduring popularity would make that a tough pill to swallow for both GoW fans and franchise owners, who are both enjoying a record level of popularity for the series. That said, if and when Kratos does finally breathe his last baritone, bearded breath, God of War: Ragnarok has shown us that there are plenty of places for the series to go without him.