I typically start off some AAA sequel reviews waxing poetic about how “there isn’t much to say that wasn’t already said” about an original. But in the case of 2018’s God of War, there really is!

It’s fascinating that the team kept the original continuity, but drastically changed the formula, and let Kratos grow as a character and a father. The pointed focus on the relationship between Kratos and Atreus helped make the 2018 iteration intimate and relatable. The sequel, God of War Ragnarok, mostly rolls with that premise, but it also tries to juggle a ton of extra cast members as it weaves in more stories. 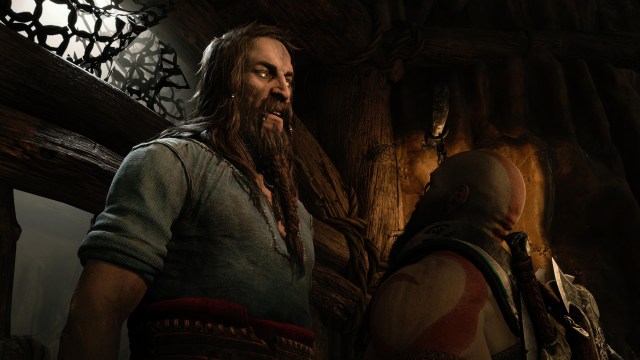 For me, God of War really snuck up on me. I mean, we knew about it! Sony sounded their marketing trumpets from the mountaintop for this game. But playing it in isolation as a huge classic God of War fan (particularly God of War 2), I was shocked to see the direction that the team had taken with it: making Kratos a husband and a father, struggling with his violent past. I was invested in the universe out of the gate, and there’s more than enough good will there to entice me to try a sequel.

Ragnarok continues the adventures of Kratos and Atreus (who is playable at points, complete with his own mini-loadout and skill trees), who are prepping for the titular potentially world-ending event, directly following the conclusion of God of War 2018. Even though you’ll miss some emotional resonance and some relationship/dialogue nuances, there is a God of War recap that you can watch from the start.

Kicking off with a low key hutting expedition, Ragnarok doesn’t really waste much time. If I could describe the pacing of the story as a whole, it would be moments of urgency bundled with periods of calm. There’s a ton of walking and talking and exposition, which is kind of required given the larger scope and universe-sensitive stakes. You’re still traveling between realms this time, and it quickly becomes a road movie.

Kratos is already a tad more fatherly, but still cold with room to grow. Atreus is older and more capable, but still compassionate, and a direct opposite of his dad in some ways, while still being a chip off the old block. Mimir (the talking head companion you rescued in the first game) is also in the mix, and is as entertaining and loud-mouthed as ever. Some of the most intriguing bits of Ragnarok are found in the arcs dealing with Kratos and Atreus: either together or apart. There’s some backstory that the team held from the 2018 edition spliced in, amid all of the new stuff happening.

Combat, a big reason why people gravitate toward this franchise in the first place, is mostly the same: which works for me. There’s a dodge, parry and block system on the defensive side, which can be plussed-up through various means like skill trees, to create even more engaging timing sequences. You’ll mostly be using your [Leviathan] axe and blades [of Chaos], with a third main weapon that I won’t spoil here.

One of the big upgrades for the first two weapon types in particular though is the ice and fire synergy. The icy axe and fiery blades can be charged up with the Triangle button, to imbue elemental powers in them and open up more attacks. Like several other action games before it (including DmC even), you can chip off shields of the opposite type on some enemy types.

At first, I was worried that the team would go overboard with this system, and have the entire game based around the “opposites” approach. Thankfully that’s not the case, and you don’t even really need to use all of the tools in your toolkit to be successful. There’s so many options to approach any given fight, and you can tech into certain playstyles with skill tree and gear changes. 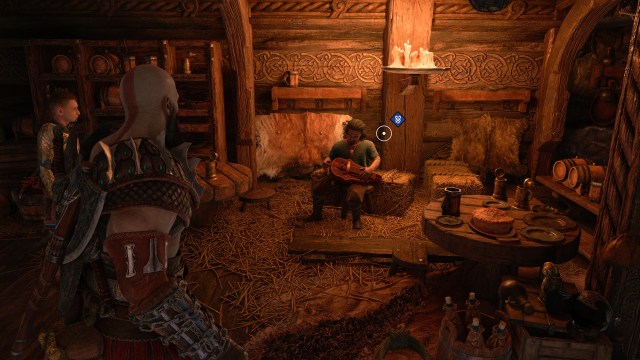 Combat is still really punchy, and can often feel like a dance. I never really got tired of throwing an axe into one enemy to freeze it, then turning to beat up another one, then recalling the axe to finish them off. Although a lot has changed about this series combat is still brutal; with some vicious takedowns (triggered by R3 after an enemy is nearly dead) on full display. While I’m not going to spoil any boss fights, a select few are cemented among my favorites in the series (including a callback to the Narcis Prince archetype).

Like the first game, sidequests are often directly tied to the story and the cast, usually after you acclimate to a new zone: without overdoing it and adding a ton of annoying pins to each disconnected sandbox. The main quest is roughly 20 hours (a little more with exploration), and all the sidequests, the leveling/gear system, and a few extras after completion will potentially double that number.

Mechanically, it’s easy to tweak things to your liking too, to assist on that long ride. There’s tons of accessibility presets, including vision, hearing, motion, and motor toggles: on top of five difficulties (the last of which (Give Me God of War) can’t be reselected if you drop down. There’s options for a variety of experiences, and it’s one of the most accessible games ever made.

Of course, a soft reset is kind of hand-waved away through fleeting mentions of stuff like the extreme winter “wearing down” some of Kratos’ powers, and the fact that Kratos “used” all of the armor provided to him from the blacksmiths Brok and Sindri (who return in the sequel as companions and helpers, albeit with a bit more depth).

The father and son dynamic is still an emotional throughline, with Mimir sometimes acting as the reasonable impartial uncle. It’s still hilarious to see Kratos as the straight act to goofier or lighter fare, and there’s some really funny dialogue this time around that leans into that angle. The new additions are fantastic for the most part, as Ryan Hurst is incredible as a tortured Thor, and Richard Schiff really gets to spread his wings as the complicated Odin. 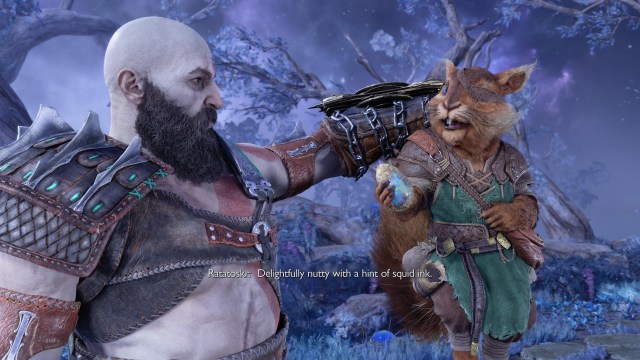 And don’t forget the banter! There’s so much dialogue and lore to take in it’s insane at times. It can even reach the cusp of becoming exhausting, as a minor walk to a quest could end up becoming a crucial lore dump. Everyone who found themselves poring over this new universe will be stoked.

Before too long though, we get a ton of characters thrown at us, some of which leave a more lasting impact than others. At times, especially mid-to-late game, I felt like this could have actually been a trilogy all on its own, with a little more time to linger on some of the events and moments therein. That same sense of overstaying a welcome can extend to the enemy types in Ragnarok: some of which are plucked from the original game, which the same basic strategic concepts.

It can lead to more downtime, which may or may not gel with how you interact with a God of War game. I appreciated the streamlined and constant growth of Kratos and Atreus’ relationship in the first game, but the sequel has a lot of moving parts, and I didn’t connect with all of its cast.

God of War Ragnarok is a fantastic showcase of what this series has to offer, and a sterling example of how it still has life left in it. While not everything lands with the sequel from a story perspective, the core of the original is preserved, with some new twists and turns still to go. I’m fully on board with whatever Sony Santa Monica comes up with next.