Despite playing every one of their recent award-winning games, I still can’t believe Naughty Dog went from “the Crash Bandicoot company” to a cornerstone of the age-old “games are art” conversation. Every once in a while when looking at Joel or Nathan Drake, I imagine Crash going “Booyah Grandma.”

But that just goes to show you how impactful Naughty Dog really is when it comes to the wide world of gaming. Crash, Jak and Daxter, Uncharted, and Last of Us all made big splashes when they were released and arguably have enduring appeal (I’m going to bat for the first few Jak games here).

Last of Us Part II is no exception, improving what its predecessor did all those years before it. 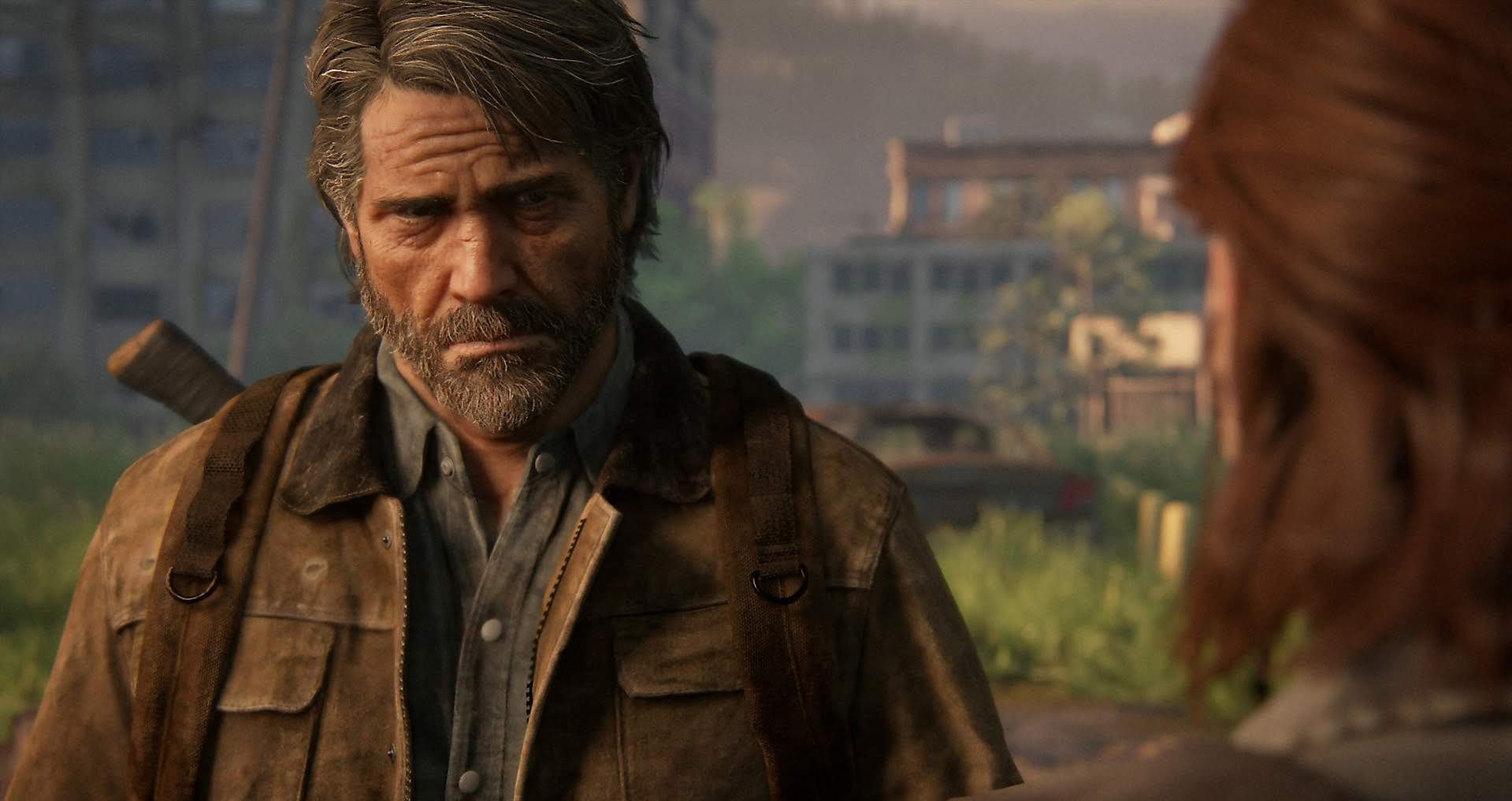 Kicking off with essentially recapping the ending to the first game, Part II feels like a true continuation. There’s no weird esoteric side tangent from an unnamed character to parse: it hits the ground running and tells a cohesive emotional story with Ellie at the helm. Ashley Johnson is still fantastic as Ellie all these years on, and she has a whole lot more to work with in the sequel as she delves further and further into the survivor identity that Joel has molded her into.

A lot has changed since the first game was released in 2013 (!), and Naughty Dog was able to marry recent technological advances with nuanced emotional storytelling in a meaningful fashion. It sounds hyperbolic, but much like a performance in a prestige film or television series, microexpressions and simple acts like lip smacking add a human element to Part II in a way that many other games have only tried to accomplish. You know how you start to notice a significant other’s idiosyncrasies over time, for better or worse? I experienced that very tangible and human sensation with most of Part II‘s cast.

Beyond the impressive full-body performances from the cast, credit goes to Last of Us boss Neil Druckmann and his co-directors Anthony Newman and Kurt Margenau, who really draw the most out of the talent and allow the camera to linger in a way that captures the emotion of each scene. While many moments in the original Last of Us were filler-oriented, the sequel’s script is mostly meat. Sometimes scenes are very low key, but those moments actually matter, with dialogue containing themes that echo throughout the story in more subtle ways.

The splendor of the environments augments those performances. By resisting the urge to go fully open-world, Naughty Dog was able to meticulously design chapter-based sandboxes, making them feel cohesive, but not overwhelming. Although they’re arguably too linear in some cases (more on that in a moment), the zones often feel like characters themselves given how much personality they exhume. A few of them are absolutely burned in my brain and persist in my mind’s eye long after clearing the campaign. I can see them as clear as day.

While that echelon of budget is what you’d expect out of a 2020 first-party production, gameplay-wise, Part II doesn’t really provide any surprises, or elevate the survival-action genre. And that’s mostly okay, as this is a character-driven game, even if it gets grating. There’s still lots of scripted moments with NPCs and some light QTEs (mainly mashing while grappling, that sort of non-annoying thing). Last of Us Part II also seems to have more “oh the door is locked, let’s find another way around” moments than any other game I’ve ever played. A clear-cut runner-up: portions where you’re strictly running forward, then holding the Triangle button to open a door at the end of a path.

Picking up items and crafting them is still tedious given the stringent item limits and slow rate of acquiring new abilities, not to mention the so-so efficacy of some of the early-game items. Limiting ammo is fine as it fits with the post-apocalyptic theme — but there aren’t a whole lot of new ways to approach situations this time. Even so, it does all come together in the end when you’re actually engaging in stealth or combat. The dodge-heavy melee system is effective because of how brutal and simple it all is, as is the act of sneaking around and causing distractions.

I think what Last of Us does really well as a series is hammer in the theme that you’re not a superhero, both physically and emotionally. That doesn’t mean it can’t be a power fantasy (this game is full of believable badasses), but the grounded nature of having to stab people in the neck while they squirm hits home more than most unattached stealth romps. More-so than the initial entry, The Last of Us Part II isn’t afraid to get dark, which includes rampant dog-murder.

As someone who hasn’t eaten meat in many years, sometimes I find the prospect of even consuming flesh digitally unappealing (don’t freak out, it doesn’t stop me from playing or anything!), so dog killing can be fairly harrowing when it’s sparingly attempted by creatives. You might be freaked out by it, but that’s kind of the point — and it’s probably going to be the least controversial aspect of Part II. Not that it’s that controversial in the first place. 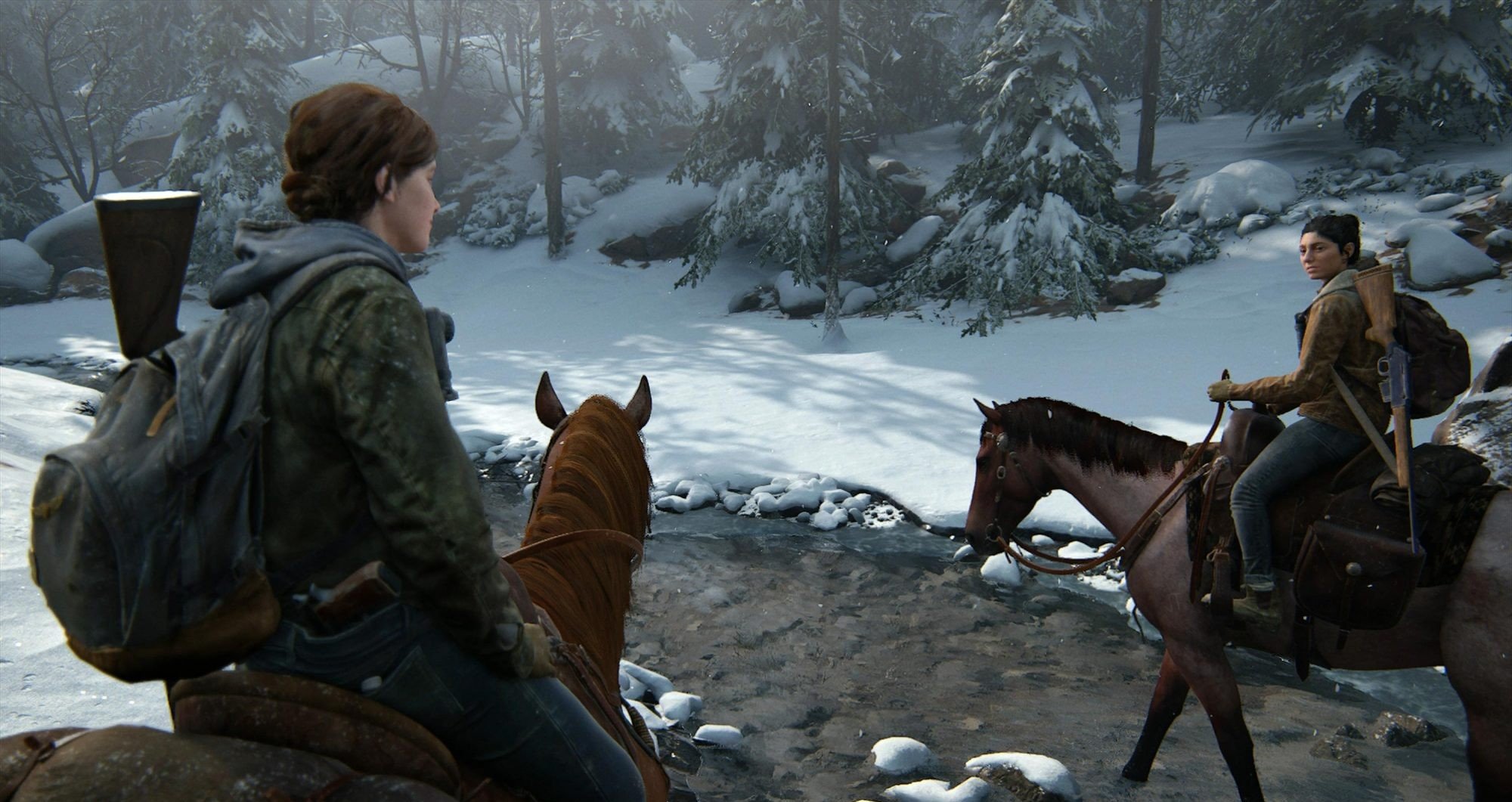 You’re going to be freaked out a lot, actually, as Part II maintains a consistent level of tension far more than the original did. Part II is what I’d call “Worrying: The Game,” as its cast is thrown into the ringer multiple times, with a scant few cheap shock-value moments spliced in (among many that feel earned). Some arcs are rushed, but for the most part, I felt a genuine connection to the main cast and experienced an immense amount of empathy for them. While I won’t spoil the main beats here, suffice to say we will be talking about them soon enough.

As a bit of housekeeping, there’s no multiplayer this time: and as far as options and tweaks go, Part II is one of the most welcoming AAA games to date. There’s a host of accessibility controls, plus you can swap the difficulty at any time. New Game+ (unlocked after one playthrough) allows you to replay the story with upgrades and items in tow, which is a more enticing prospect when you can fully customize the difficulty across multiple options. (You can beef your stats up while making enemies smarter or more perceptive if you don’t like bullet sponges — bravo.) There’s also a gallery with some great concept art, including a ton of designs that never made it into the game.

Like the original Last of Us, some people are going to come away underwhelmed, but the story beats and the characters driving them are the main draw. Part II doesn’t reinvent the wheel, but it gives us a lasting glimpse of a unique broken world full of broken people that’s worth visiting time and time again.