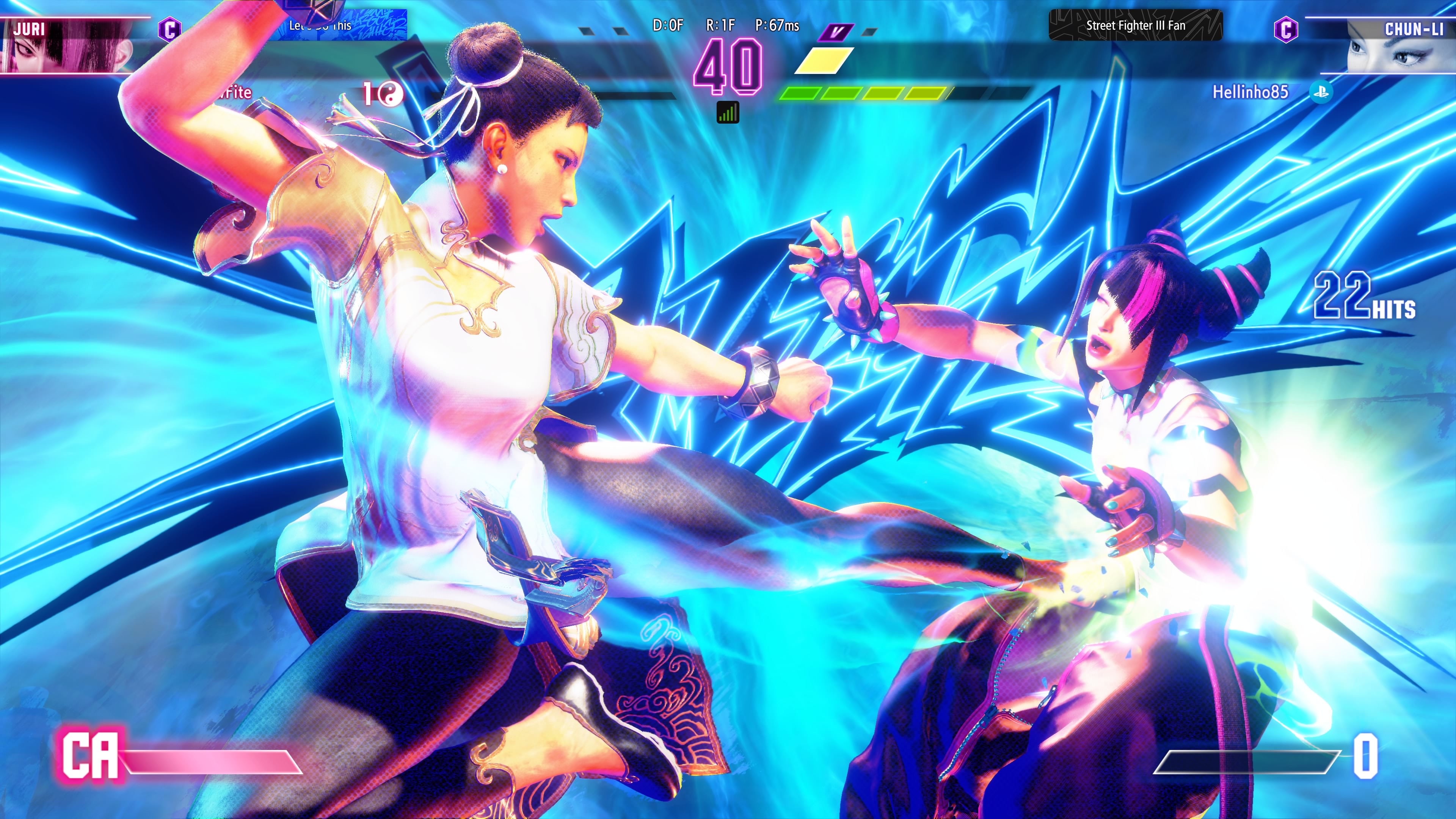 Number 1 will surprise you!

This weekend saw a lucky cabal of World Warriors throw down in the first beta testing session for Capcom’s upcoming release Street Fighter 6. And it goes without saying that the new sequel was welcomed with open arms, with both pro and amateur players showering the title with praise across social media, already rolling out screenshots, clips, combo videos, and obvious memes.

I, myself, was fortunate enough to be part of the punch party. This represented my third time playing SF6, but the first time I had the sequel “on tap”, so to speak. If I wasn’t feeling optimistic about the title before (I was), then the beta really solidified for me that Capcom is making something very special here. All the studio need do is stay the course. Don’t add dopey NFTs, don’t overhaul the game’s vibe, and don’t pack the title out with lame advertising and confusing currencies.

We’re on the road to one of the series’ best. Don’t blow it now.

Anyway, to business. While my thoughts on Street Fighter 6‘s gameplay can be found elsewhere on this here site, I heard that you kids (Google) love lists. And thus, I present to you, in no particular order, a non-inclusive round-up of 50 things I loved about the Street Fighter 6 beta. I call it:

“Chris Moyse’s 50 Things I Loved About the Street Fighter 6 Beta”.

Don’t count them, there are 50. Learn to trust. 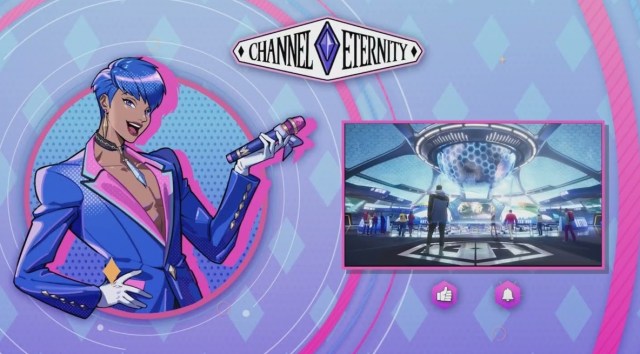 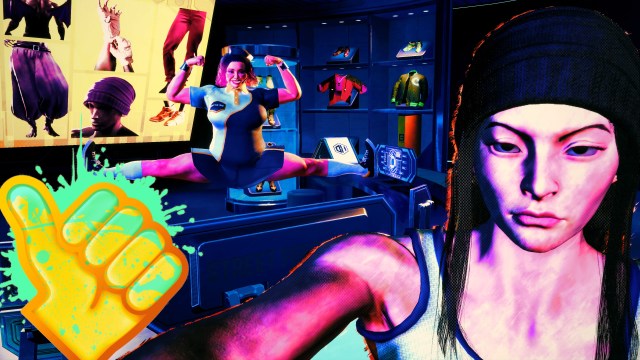 – Jamie’s taunt changes depending on how much of his “special elixir” he has drunk.

– “Modern control” options are already being celebrated for helping newcomers get started.

– Doing a Spinning Bird Kick off of this ledge. We all did it. 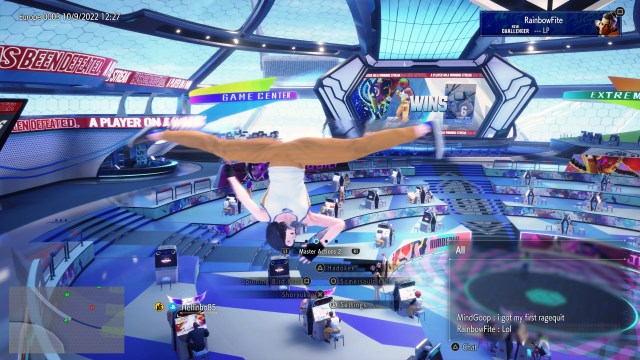 – In Ranked Mode, both players can agree to a No Contest if the connection is bad by holding Start.

– If you hang around the Genbu Temple stage long enough, a fox shows up. I love foxes. – The staggering range of weirdo avatars created by players.

– This guy for example: – You can see which characters people are using by glancing above the cabinet.

– Game Face remains one of the best features, and they should ban players who don’t use it.

– This guy, standing on top of an arcade cabinet. 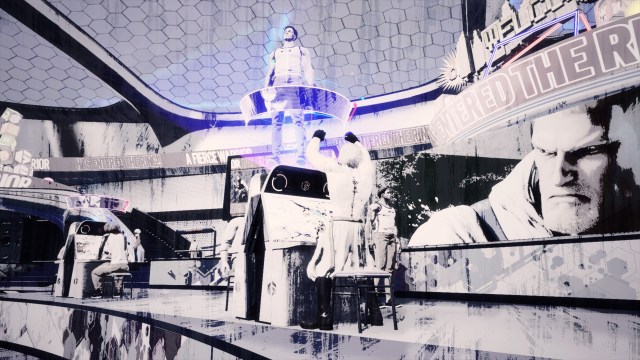 – Lightning load times. 8-11 seconds between “Here Comes a New Challenger” and “Round One”. For rematches, both players can hit Start on victory animations and be back in the fight in less than five seconds. (Obviously, the last-gen versions may not be quite this fast).

– Luke has two different, but equally shit, Perfect dances, depending on his gauge. (@HiFightTH)

– At any point in the in-depth Training Mode Menu, you can hit L1 + R1 to skip straight to Exit.

– You can give your opponent a quick “Nice” at the end of a match. A simple way to say “GG”.

– The Frame Meter attempts to clearly and concisely show players what is/isn’t safe. 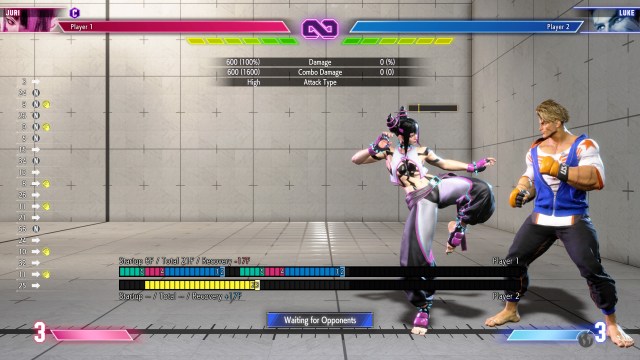 – Juri mocking Chun Li’s pose when she gets a Perfect Round. (@HiFightTH)

– Retsu from the original Street Fighter has a cameo on The Macho Ring stage.

– Extreme Battle has fun variables, such as see-saw health, objectives, and a charging bull.

– A full range of emotes to offer communication to Battle Hub players.

– This bizarre DJ function, where you hit buttons to perform effects and samples. Ok? – The exciting and cinematic supers — packed with impact, drama, and dazzling effects.

– A huge reduction in “comedy dancing” from background NPCs. Thank God for that.

– The Fugitive Ken looks like he proper stinks. It’s fun to pretend that he does. Try it. – Players get their own chosen stage. You might be on Training Stage, but they are on Genbu Temple.

– This confrontation between Ryu & Ken, posted by @Shivryuken.

– We’ll all understand Drive Impact in time. The meta will adjust. And the community with it.

– Jamie’s stomach, which I’d like to sleep on while he strokes my head. Sigh. – The super-cool anachronism of Ryu, maintaining his aging stoicism and lifelong drive for martial arts supremacy amongst a roster of hip youngsters and trendy nu-skool fighters. The original Street Fighter feels like a true, well-worn legend. Now a returning king. An undeniable force. A grandmaster.

– Revamped Ranked that attempts to reduce the stress of SFV‘s brutal points/demotion system.

– The comforting and exciting notion that the developers are looking at every single aspect, no matter how small, and asking themselves “How can we make this just a little bit better?”

– This Gal… Always This Gal. Street Fighter 6 launches 2023 on PlayStation, PC, and Xbox platforms. For further reading, check out our previous thoughts on the game, the leaked character roster, our Do’s and Do Not Do’s, and our look at specific characters including Guile, Juri, Kimberly, and Jamie & Luke.