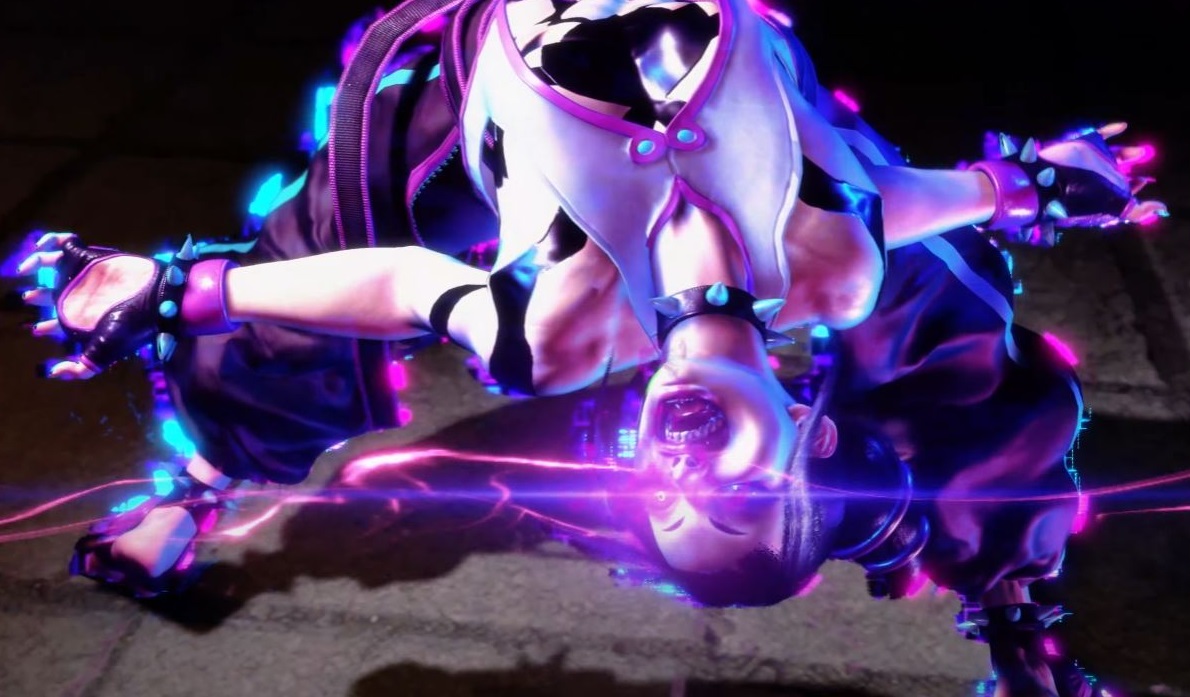 This weekend, I had the good fortune to sit down with Capcom’s upcoming scrapper Street Fighter 6 for the second time in as many months. Having already spent some solid time with the flashy fighter at the VSFighting tournament just six weeks ago, FGC punching bag Chris Moyse was given the opportunity to spend a solid few hours at a brand new build — showcased at premier UK trade show EGX.

And this time was special. This time, there was 100% more Juri…

While I’m admittedly known for my propensity to beat around the bush a little, (ok, a lot), when featuring games for preview and review, I’m going to respect the clock today and just delve straight into it: At this stage, Street Fighter 6 is looking and feeling fantastic. What’s more, the core of my early thoughts toward the new sequel is formed around one significant, undeniable summation:

Street Fighter 6 gets better the more I play it.

When I first sat down with the SF 6 last month, the very first element that hit me, in comparison to Street Fighter V, was the series’ new sense of pace. SF 6 has a whole new “weight” to its characters that seriously changes both the flow and the momentum of the fight, sacrificing a little of SFV‘s speed in return for a meatier and more deliberate fighting experience. There is a “crunch” to SF 6, an impact that is quite unlike anything I’ve experienced in the franchise to date.

Early on, this almost feels like a negative. Playing as Ryu, I almost felt like I was playing as Zangief, taken aback by the reduced speed of the fight, the “heft” of the series’ shoot star, and occasionally feeling as if I was missing my links because I was hitting them too early — SFV muscle memory in full effect. Frankly, I don’t mind admitting that, for my first 10 games or so, I felt a legitimate pang of concern — a worry that perhaps in an effort to distance itself from its recent predecessors, Street Fighter might have lost a sense of momentum, of second-to-second breathless engagement. I honestly thought, for a brief period “Is this game even exciting?”

But, like many new friends, you just have to get more familiar with one another.

Shut Up and Drive

The longer I’ve explored SF 6, the more infatuated I have become with its intricacies. There’s no denying that the new Drive Gauge management system is pretty daunting at first glance — overly eager players will be entering “burnout” before Round 1 has landed its first few black eyes. But it is in smart use of both the Drive Gauge, the Super Meter, and various new mechanics that SF 6 will weave its tapestry of violence. Routes. That’s what is sorely needed in SF, and that is what this fancy new fighter is all about.

Ok, cool, so you have a tip-top optimized combo down. And maybe it works in various conditions on an offensive and defensive basis… But what if you fit in a Drive Rush here? What if you also had a Level 3 Super on deck? Conversely, what if you’ve already burned out? What if you only have gauge for the first part of your go-to punish? Do you know what you can do with what you have right now? This is what Street Fighter 6 will ask of the player: Can you adapt to the moment? Can you capitalize on your resources? Can you pace yourself to not do flashy 45% damage and leave yourself completely meterless for the next 10 seconds? This is what gives SF 6‘s gameplay its variance, and each player a bespoke approach to the fight at hand.

As you play SF 6 more, it reveals itself — starting out as a heavy-hitting, heavy-weighted, but recognizable entry to the SF canon and, from there, lifting the lid on the new facets it brings to the party. During my second inning with the title at EGX this weekend, I was already pre-prepared for SF 6‘s general “feel,” and was now ready to start delving into its deeper mechanics. And, with my main squeeze Juri on tap, I was fortunate enough to have a head start when the first bell rang.

I found that most of Juri’s SFV combo routes were all present and correct — this helped me to get up and running. But now there was the potential for all-new entrances and exits to these routes. New ways to build upon the knowledge I already have, alternate openings, early enders, and new ways to extend combos beyond their initial closure. I already have the tools to get started, (as will you with your chosen character), but Street Fighter 6 opens up new possibilities with those same tools, asking you to adapt to any given situation at any given moment. This is the player-to-player variance that the series sorely needed, and it’s shaping up wonderfully.

Oh, and I should note that while myself & Ms. J are down 4 lyfe, Nu-Attitude Ken feels wicked.

Black and Blue (and Pink and Green and Violet)

Street Fighter 6 looks marvelous, with visuals that have more thickness and depth in reality than what is depicted in many of Capcom’s promotional screens. While the stages and character models are all smartly designed and beautifully rendered in the celebrated RE Engine, the devil is truly in the details. It’s the hair fringes dancing in the wind; blossoms falling from the skies; dirt kicked up from the ground; clothes reacting independently of the wearer; and transitional animation during and after motion. These are what bring a real sense of excitement and personality to the fight.

Perhaps most notable of all is the stunning visual effects that emanate from Specials, Supers, and the cinematic Critical Arts. From the classic, iconic Hadokens and Sonic Booms of yesteryear, to Kimberly’s fizzling paint-can grenades and her Day-Glo teleportation clouds — Street Fighter 6 bleeds dynamism from its pore, bringing electricity, zest, and spirit to a franchise that has gotten upsettingly bland in its recent lack of personality.

As an early demo build running on gaming laptops, SF 6 played very well from a technical standpoint, though it must be noted that there was some heavy sweating going on as the weekend progressed, which would play out on-screen in the form of occasional slowdown during the fights’ more spectacular moments. Whilst I’ll pay lenience to what is, an unoptimized demo, I still can’t help but wonder how SF 6 is going to squeeze onto last-gen platforms.

One would think that there is simply no way that Capcom won’t be pressed to cut corners in order to get the dazzling fighter heaving out of a PS4’s processor. The RE Engine is pretty malleable, (we got Resident Evil Village onto last gen, after all), but when you also take into account the crossplay factor — as well as the competitive FGC scene — it becomes even more imperative that the Gen 8 version of SF 6 is up to snuff. Because I don’t know a local scene that has 10 PS5 setups, do you?

This write-up barely scratches the surface of my thoughts on Street Fighter 6 at this stage. Some of you will get the opportunity to check out this build for yourself in just a few weeks from now and thus, form your own opinion. Importantly, this beta will not only give us our first look at the stability of SF 6 in an online capacity, but it will also give expert players their first chance to really explore the meat & potatoes of the new mechanics via Training Mode. This free rein will give Street Fighter experts — players far better than I — a chance to get a handle on what makes the game tick, (at least at this early iteration).

Street Fighter 6 is still some way from hitting the shelves. And, as we all know, a fighting game never truly shows its stripes until the honeymoon period is passed. Regardless, one intent is abundantly clear: Capcom is going all out to give Street Fighter‘s reputation a fresh coat of gloss, endeavoring to deliver a fully-featured, great-looking, engaging, varied fighter that will win over the community’s part-time players, its lab-dwelling technicians, and its long-running, veteran acolytes.

You can take it from one of the latter: Street Fighter 6 is on a path to glory. Let’s hope it can stick to it.