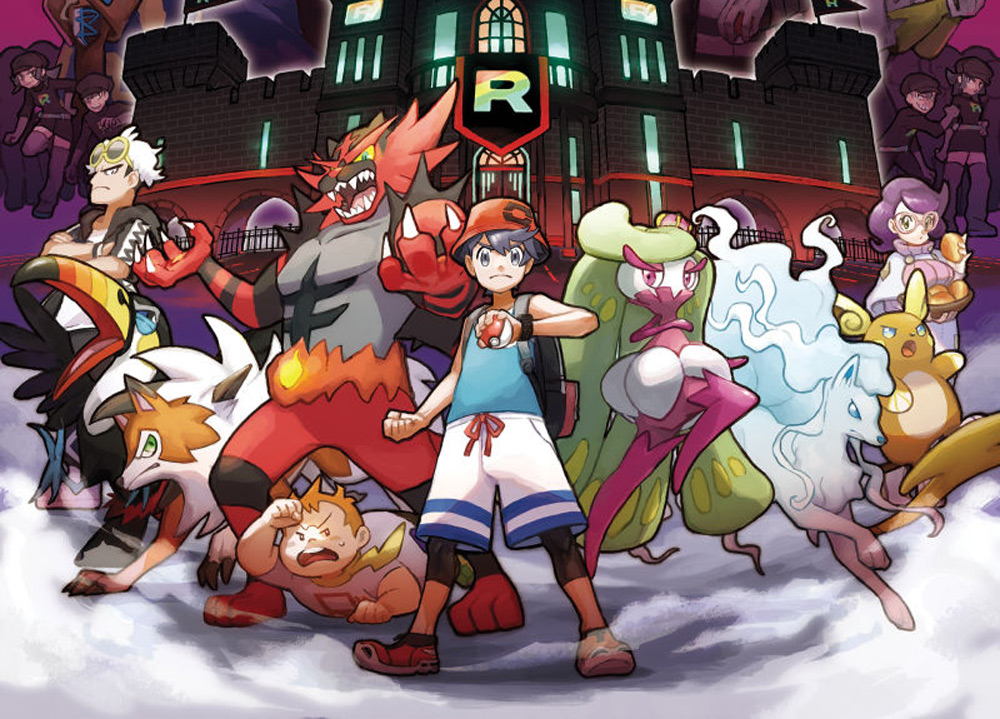 Pokémon and I have a tenuous relationship. I never owned an original Game Boy, so when the series exploded around the world the first time I didn’t have a means of playing it. On the Game Boy Advance, I pre-ordered Sapphire and put all of ten hours into it before I got bored. I did the same with Emerald, going through to the second-to-last gym before I tapped out. Pearl, Platinum, and White all suffered the same fate. More than $100 spent on games I would never finish or find that much fun.

The first time I made it to the credits of a Pokémon game was with HeartGold. I did it by buying one of those not-unlocked-but-totally-unlocked cartridges off of eBay for $50. It should have given me everything I could want from Pokémon: shiny versions of every Pokémon including legendaries, an endless amount of money and supplies, and an army of cute and cuddly creatures powerful enough to crush everyone in the game. When it was over I was left unsatisfied. I didn’t earn anything, victory was given to me. It was a hollow experience. I don’t know how trust fund kids do it.

Pokémon X was the first time the series actually clicked with me. Maybe it was the changes to how I progressed through the storyline or maybe it was the fact I caught Farfetch’d right away and rode him to victory through the end, but something in the X and Y games spoke to me in ways the franchise hadn’t before. It no longer felt like an endless series of dogfights I make my way through but rather a fully formed world where Pokémon and people exist side-by-side. Pokémon Ultra Sun speaks to me in the same way, but in a voice that is louder and clearer than ever before. 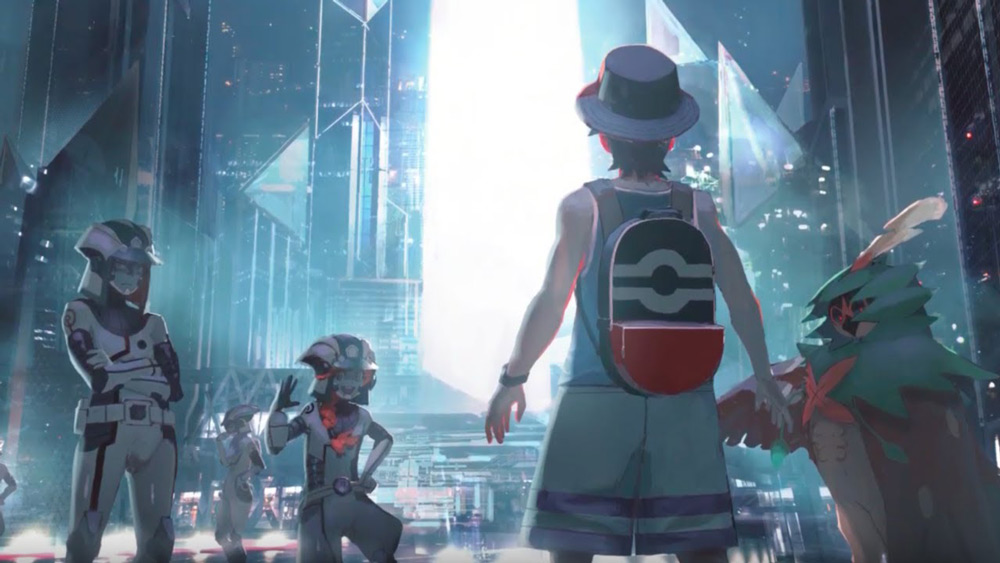 According to the Activity Log on my Nintendo 3DS, I spent a whopping 57 minutes with Pokémon Moon last year. In comparison, I spent an hour and 18 minutes with the Pokémon Sun & Moon Special Demo. So if you’re looking for an apt comparison of the Ultra games and 2016 titles, may I suggest rereading Chris Carter’s write-up of Ultra Moon instead of this.

I’m actually a bit surprised I didn’t make it further into Moon because while the early game tutorials are as arduous as before, Ultra Sun’s opening is filled with such pep and vigor I can’t stop myself from playing until my battery runs dead. I’ve never been to Hawaii, so in the same way I vicariously own a house through Animal Crossing I’m using Ultra Sun as a stand-in for a real vacation to the 50th state.

With my character created, I set out with my Popplio traveling from island to island, trial to trial, as I expand my Pokédex and try and stop Necrozoma from ruining this island paradise. While genuinely charming dialog and personalities, I care about the people who inhabit these islands, their plight stays with me as the story progresses. Every time I fall in battle because I forgot to stock up on Super Potions or brought the wrong Pokemon, I feel bad for letting them down even though I realize there are literally zero stakes here.

The universe of Pokémon has always revolved around the creatures. They are the center of everything from the economy and academia all the way down to casual conversations. It makes sense for the franchise, but in the past, it didn’t go far enough. While there is great world and mythos building throughout the series, Pokemon never felt like anything more than pets, livestock and fighters to smack each other around for our amusement. Those seen on the world map were nothing more than decorations or occasional obstacles. It was a waste of a concept.

Ultra Sun finally understands just how this game world should work. Pokemon shouldn’t just be around society, they should be a part of it. Like dinosaurs in The Flintstones. Pokemon cook, they clean, they help out on the farm (Brawk! It’s a living.). They’re our cars and our planes and our boats, and not just when we have one on our team equipped with the right move. They’re not just literal gods and monsters, they’re our friends.

Not only do Pokémon feel more ingrained in society here, their existence shapes the world around them here more than in any game I’ve played in the past. Alola is unique. It does not look or feel like any other region that’s come before it. It’s distinctively Pacific Islander. I think back to Black & White and X & Y. Those games are based on New York and France respectively, but outside of a few notable landmarks, neither felt particularly New Yorkish nor French. Alola, with its Lei Pokémon, its hunky, dark-skinned shirtless professor, and general leisurely vacation vibe, doesn’t just mimic its inspiration, it envelopes it. 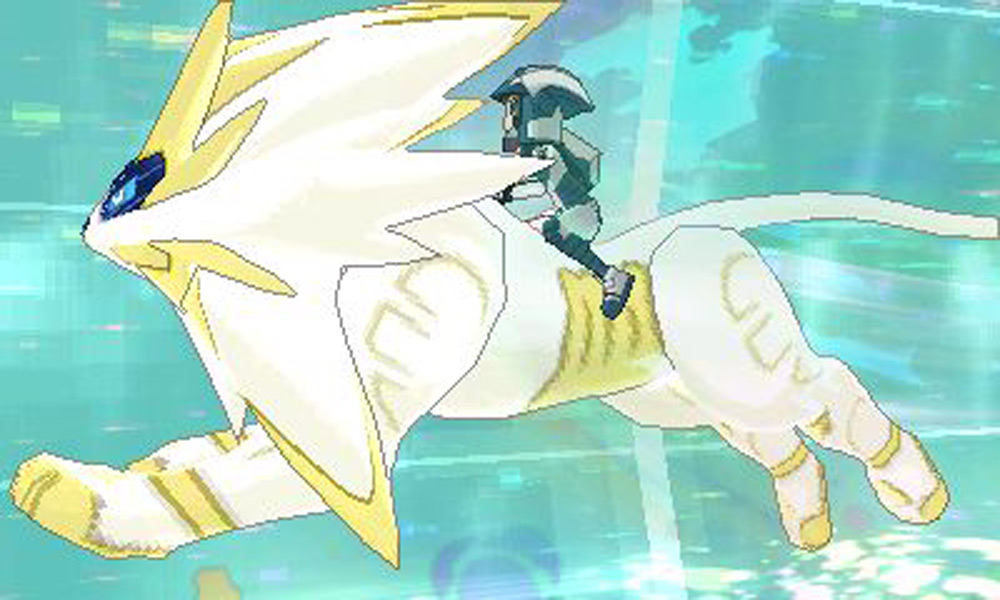 It’s because I am in this inimitable world that I keep going with the gusto usually reserved for other games. I blow through the main story and find myself squaring off with Team Rainbow Rocket. I imagine this trip down memory lane will be of greater importance to more ardent fans but I think battling them is a great way to wrap up the series before it jumps ship to the Switch. I’m spending most of my time hunting down the bevy of ultra wormholes leading to whatever legendary Pokémon are in this version of the game, as well as the new Ultra Beasts which make up the pitiful number of new Pokémon here. There’s also the Battle Agency which I haven’t got much use out of yet, but what little I play of it certainly grabs me more than the Poké Pelago ever does.

All-in-all, it’s a wonderful package and I imagine I would say the same thing had this been a review of standard Sun rather than Ultra Sun. Admiration for the mainline Pokémon game doesn’t come easy with me and it’s through the formula shake-ups I actually find myself caring about it. Not just to beat the game, but to actually engage in the post-story content and fill out my Pokédex. Outside of the one time I paid for it, I’ve never completed a Pokédex. Here I am at 72% and I’m still going.

This is just a purely pleasant game. I enjoy X but far more prefer Ultra Sun. Z-Moves are better than Mega Evolutions because they’re not restricted to a choice few creatures. I prefer the region-specific trials to the cut-and-paste gyms. Routes, while noticeably smaller than past games, are more lively and spirited and never wear out their welcome. I like that my Pokedex has a Rotom in it that has little conversations with me or that my character has a giant Snorlax beanbag chair in her room I’m totally jealous of. 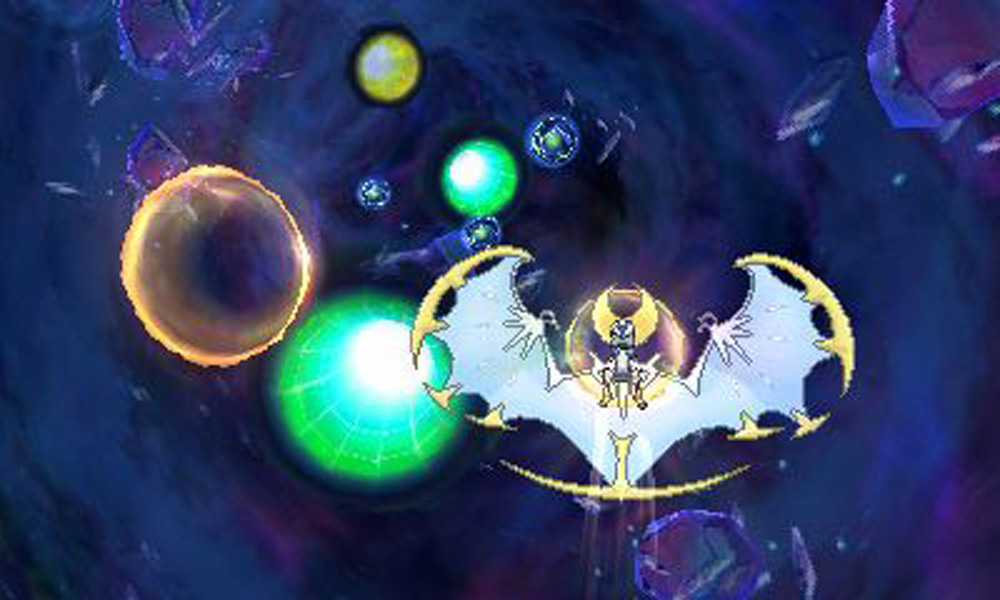 But even with those improvements, there is still much Game Freak can do. With six 3DS games under its belt, the frame rate still takes a dive, even on my New Nintendo 3DS. The graphics are a wide mix of GameCube quality polygons and extremely low-res pixels, working in tandem to keep the game running as well as it possibly can. There are so many wonderful little quests and requests I accept on my trip, but no real way to track them in-game. Positioning of my character and Pokémon in the new photo mode can be cumbersome. With all the tutorials and restricted features, I never get a sense the game actually trusts me to play it right.

Take the Mantine Surfing for instance, a mini-game I absolutely adore. The instructions for it go on longer than the actual activity. I’ve played Kelly Slater’s Pro Surfer before, so I know how all this works. But even if it were my first time ever attempting the sport, I’m not an idiot and neither are the people playing this game. New or old, young or mature, gamers aren’t so stupid a simple surfing game has to be broken down into three tutorials.

I don’t know why the decades-old formula of Pokémon doesn’t grab me in the same way as, say, Dragon Quest and its hoary gameplay does. Playing through Ultra Sun has changed that a bit and I’m reconsidering much of what I previously thought about the series. Take what I say with a grain of salt but I believe Pokémon Ultra Sun is the closest the franchise is to reaching its full potential. My adventure here isn’t just through another handful of gyms and a final four. It’s a journey through a culture, a complete realization of what the world can be like if Pokémon are thought of less as mythical creatures we have to study to understand, and more as our friends, our animals, and our companions. I can’t say Pokémon Ultra Sun is a must-play for fans, but it won’t be leaving my 3DS anytime soon.