The Kirby franchise has always been something of a petri dish for Nintendo. While its other franchises remain more-or-less the same with each new entry, the company hasn’t been afraid to experiment with the pink puff. Games like Kirby’s Tilt ‘n’ Tumble and Kirby’s Canvas Curse gave players new ways to control him, while Kirby’s Dream Course and Kirby’s Air Ride introduced the character to new and unfamiliar genres.

Perhaps the most successful of these experimentations was Kirby’s Epic Yarn, the fanciful platformer for the Wii, that eschewed the norms of the franchise in favor of something fresh and unique. The game was built around Kirby being a transforming piece of string. It was certainly different and deceptively easy, but ask anyone who wasn’t a writer for Entertainment Weekly and they’d probably gush about how wonderful it was.

Kirby’s Extra Epic Yarn brings all the magic of that Wii original to the Nintendo 3DS. But this isn’t a straight port. The game includes new modes and features that sound good on paper, but don’t always work in practice. 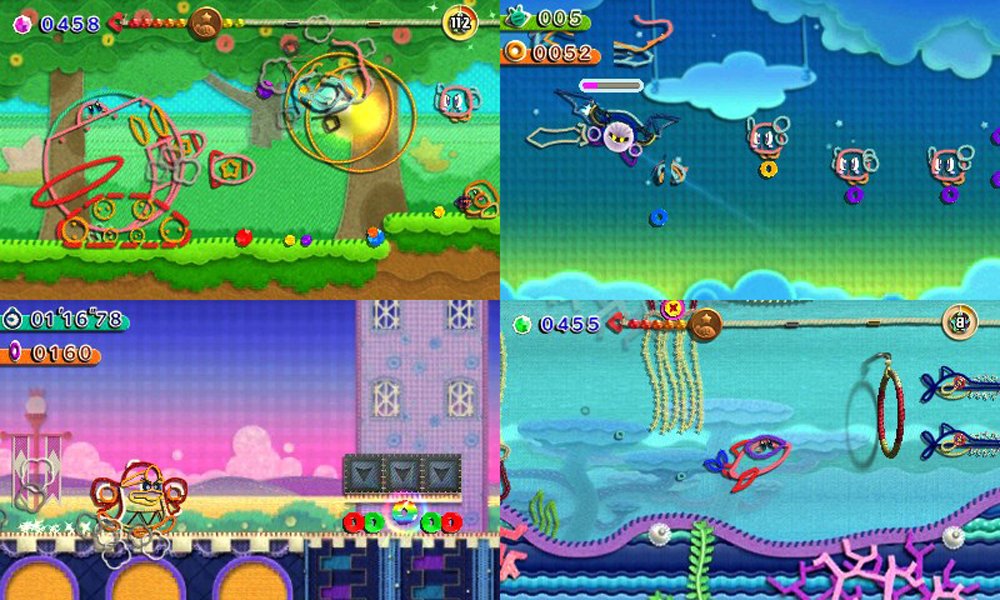 For the most part, when covering a port of an older title to newer hardware, you can refer to a review of the original game to get a general sense of what it’s all about. Shadow of the Colossus is more-or-less the same on PS4 as it was on PS2. Lumines Remastered is basically identical across platforms. While I encourage you to read Destructoid’s review of the original Kirby’s Epic Yarn – because it’s quite punny – Kirby’s Extra Epic Yarn introduces two new features that fundamentally change the way you progress through the game.

The first of these features is the new Devilish Mode. One of the sticking points of the original Epic Yarn was its ease. Personally, I didn’t think the game was any easier than other Kirby titles, but rather, was less punishing. You could still screw up, take damage, or fall into pits; but rather than losing health or having to start the stage over, you’d simply lose some recoverable gems – think Sonic and his rings – and continue on your way. Devilish Mode changes that. If you select this mode, Kirby gets a health bar in the form of life points. Take five hits and it’s back to the start of the level. Prince Fluff occasionally appears with a healing gem, but beyond that, you’re on your own to make it to the end of each stage with as much health as you can. It’s easier said than done when you have to account for the devils.

There are three different devil types in the game: one that drops spiked balls from above, one that charges you with a spike on its head, and one that whips you with its spiked tail. You can defeat these foes, but they will reappear and are a constant nuisance, actually ramping up the overall difficulty of the game. Devilish Mode is available from the outset, so you can avoid playing on normal altogether if you want. Making it to the end of each level with all of your life points helps you unlock new special items for Kirby’s apartment. It can be difficult to avoid these devils, but defeating them is made easier with Ravel Abilities.

Kirby’s Epic Yarn may look like a standard Kirby game, but it certainly doesn’t play like one. Nintendo and developer Good-Feel really leaned into the patchwork world they crafted; stitching together a string of levels that highlighted the many ways Kirby’s whip could be used to explore the quilted environments. That’s still true here – all levels are still the same with some small changes made throughout – but the addition of the Ravel Abilities mean players are no longer restricted to the resources afforded them by each stage. In the Wii original, you could only generate a yarn ball by winding up an enemy. With the new yarn ball ability, you can now do it at any time. Too many enemies up ahead? Why not use the sword or the bomb ability. There are six Ravel Abilities in total, each of which mimics a classic Kirby copy ability.

I have no problem with introducing familiar franchise concepts into Extra Epic Yarn, but I don’t think they’re introduced in a particularly elegant way. They’re just kind of…there. No levels have been changed to work around these new abilities, so when playing on normal, it really screws up the DNA of the game. Puzzles can be toppled, enemies can be quickly dealt with, and jumps you once needed to carefully execute can be easily landed. In Devilish Mode, they serve a better purpose. Defeating the devils without a power-up can be a tricky task, so having a sword or yo-yo at the ready to smack them down is a lifesaver. I just wish the Ravel Abilities were more properly integrated into each stage and didn’t break the game as much as they do.

With that, the rest of the main adventure of Kirby’s Extra Epic Yarn plays out just as it did on the Wii. Kirby is still sucked through a sock into Patch Land by the evil Yin-Yarn. He still teams up with Prince Fluff to stitch the world back together, though going about it solo this time as co-op has been removed from the game. Kirby can transform his body into certain shapes, such as a car or umbrella, as well as special objects at certain points in the game, like a giant robot or dolphin. Gems are collected throughout each level and used to purchase furniture for Kirby’s apartment as well as unlock new apartments for timed challenges, providing a good amount of post-game fun. 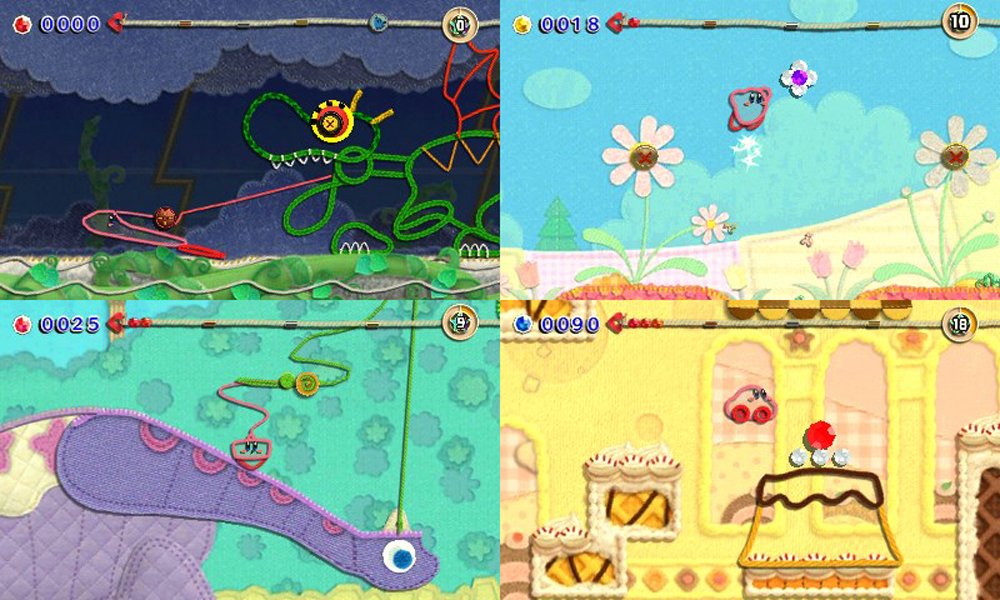 In addition to the main campaign, there are two mini-games available right from the start. Dedede’s Gogogo is an auto-runner where muscle memory is the key to making it through each stage as fast as possible. Slash & Bead stars Meta Knight, who slices and dices his way through auto-scrolling levels. The goal of both games is to collect as many beads as possible. The better you do in both games, the more beadwork mats you unlock, using the beads you collect in each stage to fill them out.

Both of these mini-games are quality diversions from the main campaign and help round out a mostly well put together package. And while it’s missing the original game’s co-op, a feature I’m not too sorry to see go, it does have everything I loved about that title, and that includes the art direction and music. Kirby’s Extra Epic Yarn has a delightfully pleasing soundtrack — sans the repetitive devil music — and I don’t think any sacrifices were made when it comes to the graphics. Though obviously running at a lower resolution than the Wii original, Extra Epic Yarn still looks sharp and vibrant on my New Nintendo 2DS screen. Still images don’t do the game justice. In motion, it’s one of the best looking games on the Nintendo 3DS.

It’s easy to look at Kirby’s Extra Epic Yarn and still see the same whimsically inventive game Nintendo and Good-Feel gave us nearly nine years ago. The cherished basic formula is still there and it’s as charming as ever. Most of the new content only adds to what is otherwise a fantastic experience, but the Ravel Abilities lack refinement, and ultimately, have no place in a game they were never meant to be in. In fact, I believe this game would be the definitive version of Epic Yarn if more seasoned players could relegate these abilities to their own “Funky Mode,” leaving the rest of the experience untarnished by their haphazard inclusion.