At least the 3DS still has an extensive back catalog

Not three days after I published my review-in-progress for Silver Falls: 3 Down Stars, the update players had been waiting for dropped. The game-breaking bugs plaguing those who picked it up were no more and everyone would be able to see the story through to the end.

That is if they could get past all the new game-breaking bugs the update introduced. 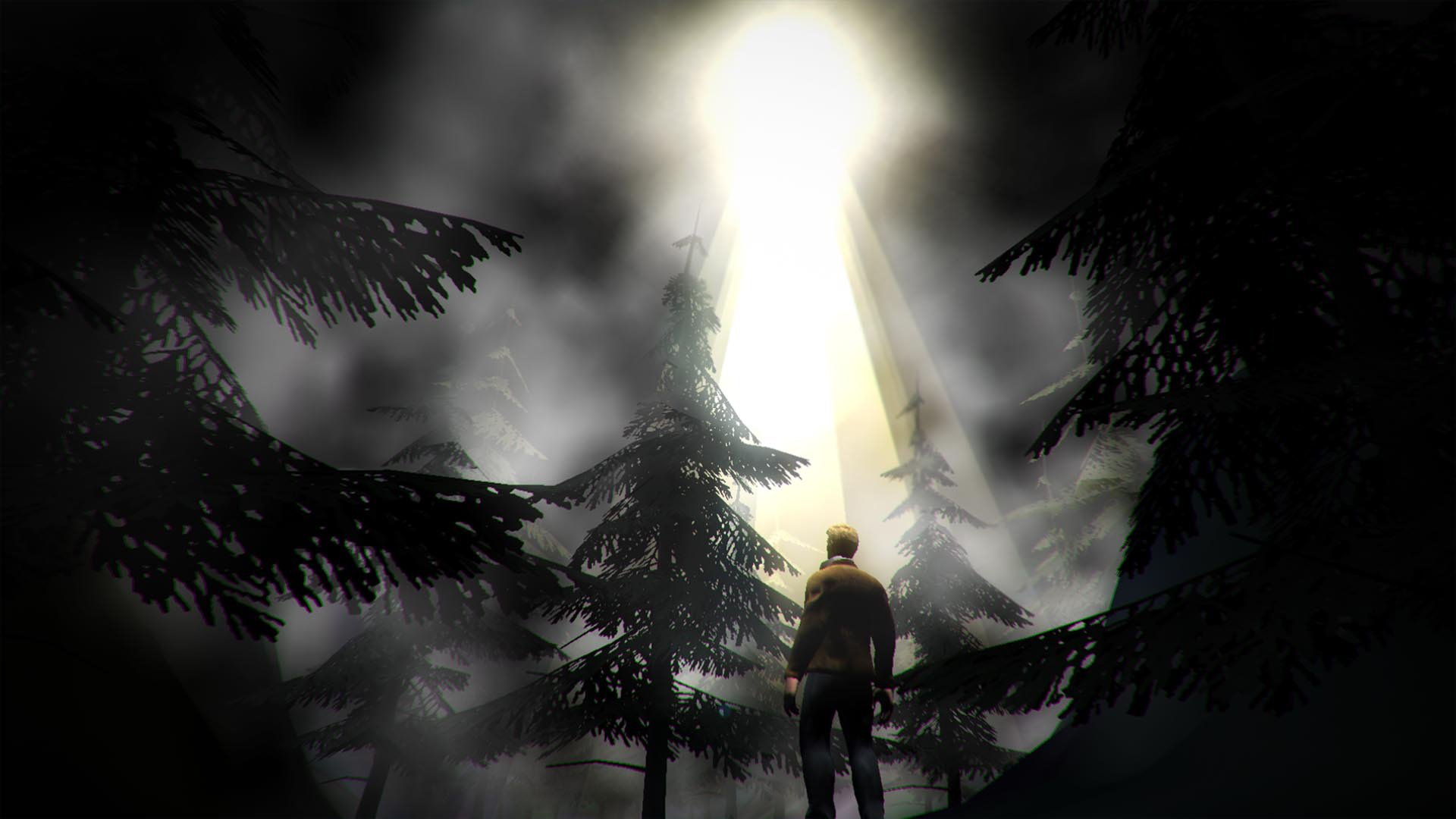 As I sit down to write this, my first review of 2020 and unquestionably the last one I will do for the Nintendo 3DS, I am at my wits’ end. The past month of trying to play through Silver Falls: 3 Down Stars has been a mess. It has consumed my life as I pushed to see it through to the end no matter how much I wanted to give up. From its game-breaking bugs to frequent crashes, it’s been a discouraging experience. Today, a month after it first launched, the game is still broken in many ways.

Before the update, the technical troubles of 3 Down Stars were mostly negligible. Yes, two game-breaking bugs forced me to restart the campaign, but everything else (choppy frame rate, long load times, objects you could walk through) was something I could overcome. However, after the version 1.1 update, it’s somehow become a worse game to play.

When the update dropped, I started the campaign from scratch and encountered a problem I didn’t face in my first two attempts to play through it. Within the first three hours, as I raced to reach the point I couldn’t get past originally, the game crashed on me no less than 10 times. On the 3DS, this means a complete restart of the console. As I endured the frequent crashes, the camera started giving me problems it never did before. The game is played from an over-the-shoulder, third-person viewpoint, but on this third attempt, it sporadically shifted into a first-person viewpoint, which made many enemy encounters borderline unplayable.

This issue persisted far longer than any other I encountered. I did eventually hit another game-breaking bug, but the developers posted a video showing players how to get around it by exploiting the terrain geometry. After that, I was able to make it through a good chunk of the story. There were still some bugs to contend with — disappearing objects, broken sound effects, and some truly bonkers enemy physics — but nothing to make me close my 3DS in anger. Unfortunately, without constant problems at the forefront of the experience, I was able to see what 3 Down Stars is below the bugs and it’s not pretty.

Clearly taking inspiration from Silent Hills, 3 Down Stars features a trio of protagonists working together to figure out what’s up with this alien sphere that keeps crashing around town. From beginning to end, the story is a dry as a creek bed in a California drought. There is nary a whiff of humor to be found in the script and dramatic moments are undercut by the title’s low production values. As a for the town itself, Silver Falls is lifeless (and not just because everyone is frozen in time). It is a place without personality, a collection of square houses and other indistinguishable structures.

If there is one thing 3 Down Stars gets right, it’s indoor spaces. From a creepy basement to motel rooms to the old steel mill in the north, my arm hair would stand at attention when I entered these places for the first time, unsure of what was hiding behind each door. The appropriately mood-setting soundtrack amplified the tension in these moments. To my disappointment, it is in these enclosed spaces where the aforementioned camera issue would present itself most often, turning any lingering sense of dread into one of exasperation.

Adding to the camera irritation is 3 Down Stars’ combat. It’s just not that good. Hit detection is poor for both you and your foes, enemies take far too many hits to kill, and the nub of the New Nintendo 3DS/2DS is unreliable for the task at hand. It’s too touchy on all the sensitivity settings and while there is a laser sight on the guns to help with aiming, other projectiles don’t have that luxury, making them all but useless.

These combat issues carry over to Frontier Fighters, an optional, mission-based mode where you do combat with a variety of enemies in different spots around Silver Falls. This is a fully fleshed-out mode and something the developer obviously intended to give the title some replay value. However, because it is tied to the poor combat, it’s not a mode I spent more than an hour in and one I have very little intention of going back to, even after the next update. 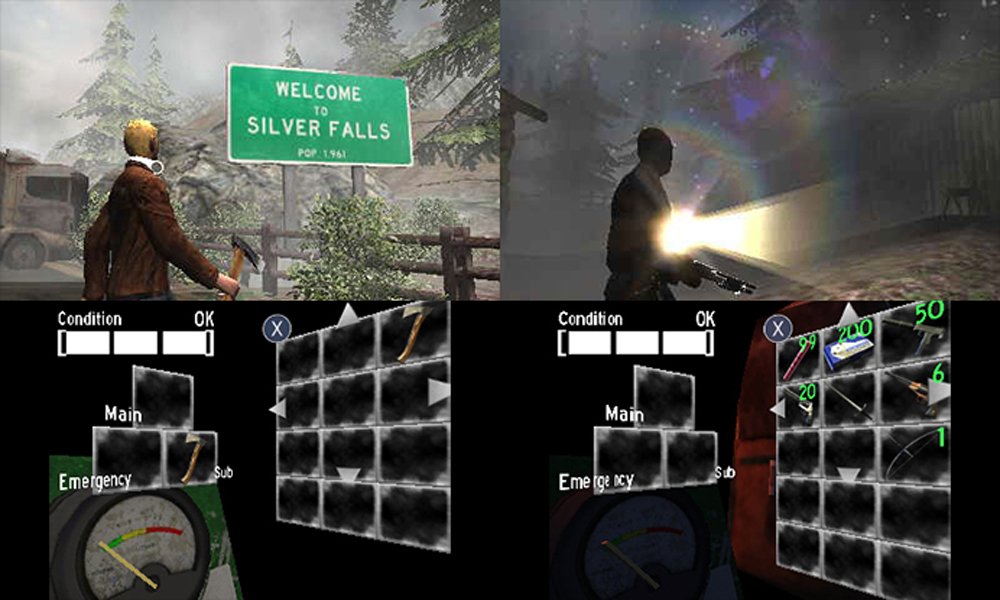 Speaking of the combat, and this is going to sound like a weird complaint, but there are too many types of guns in this game. Each weapon has its own distinct ammo and you can only carry so many items on your person. There is a dog named Soldier you can store items with, but duplicate items don’t stack when you store them. That remains true when you make a withdrawal. So if you have 10 shotgun shells in your pocket and take five shells out of the Soldier storage, those 15 shells will take up two spots in your inventory. Because enemies just soak up the damage, it’s always smarter to just run when you can to save supplies for when you need them.

Beyond those problems is the general structure of the game. 3 Down Stars features what is more-or-less a linear narrative, but it uses its three playable protagonists in a way that can lead to a lot of confusion and backtracking. Let me give you an example. Partway through the game, after you’ve played with all three characters, you’ll be taken to this white room where you can choose which one you wish to proceed with. Because you’re given the option, it’s to be assumed no matter which character you choose, you’ll be able to move the story forward. This is an incorrect assumption, as I found out after running around for more than an hour with the two characters I shouldn’t have picked. Despite being given the choice, there is only one correct way through this section.

What’s odd is the game isn’t ready for a wrong choice here. I picked Holt and proceeded to the steel mill where he began to reference an object that wasn’t there because I hadn’t finished the necessary steps with another character to get the object to that spot. This wasn’t the first time this happened to me either. There is clearly a set order on how to proceed through this game and it’s ill-prepared for events that are completed out of that order.

There are many more baffling design decisions or ideas hampered by poor execution I could cover, but honestly, this is way too long a review already and I’m only going to get more upset the further I dig. I wish there was some redeeming value to Silver Falls: 3 Down Stars or it ended up in a “so bad it’s good” situation, but it’s just a bland survival-horror game that’s light on scares and heavy on aggravation. When I wrote about it back in 2018, I had hope it would end up as one of the great final games for my beloved Nintendo 3DS. But after a month of struggling to get through it, that hope is dead.