The Professor Layton franchise is probably my favorite thing to come out of the Nintendo DS era. A well-written, wonderfully animated adventure game with puzzles that truly tested my logic skills was just what I needed after years of more mindless entertainment. I happily picked up every installment in the series, including the two spin-offs, and while it arguably peaked with The Unwound Future, I was never really disappointed in anything Level-5 threw my way. 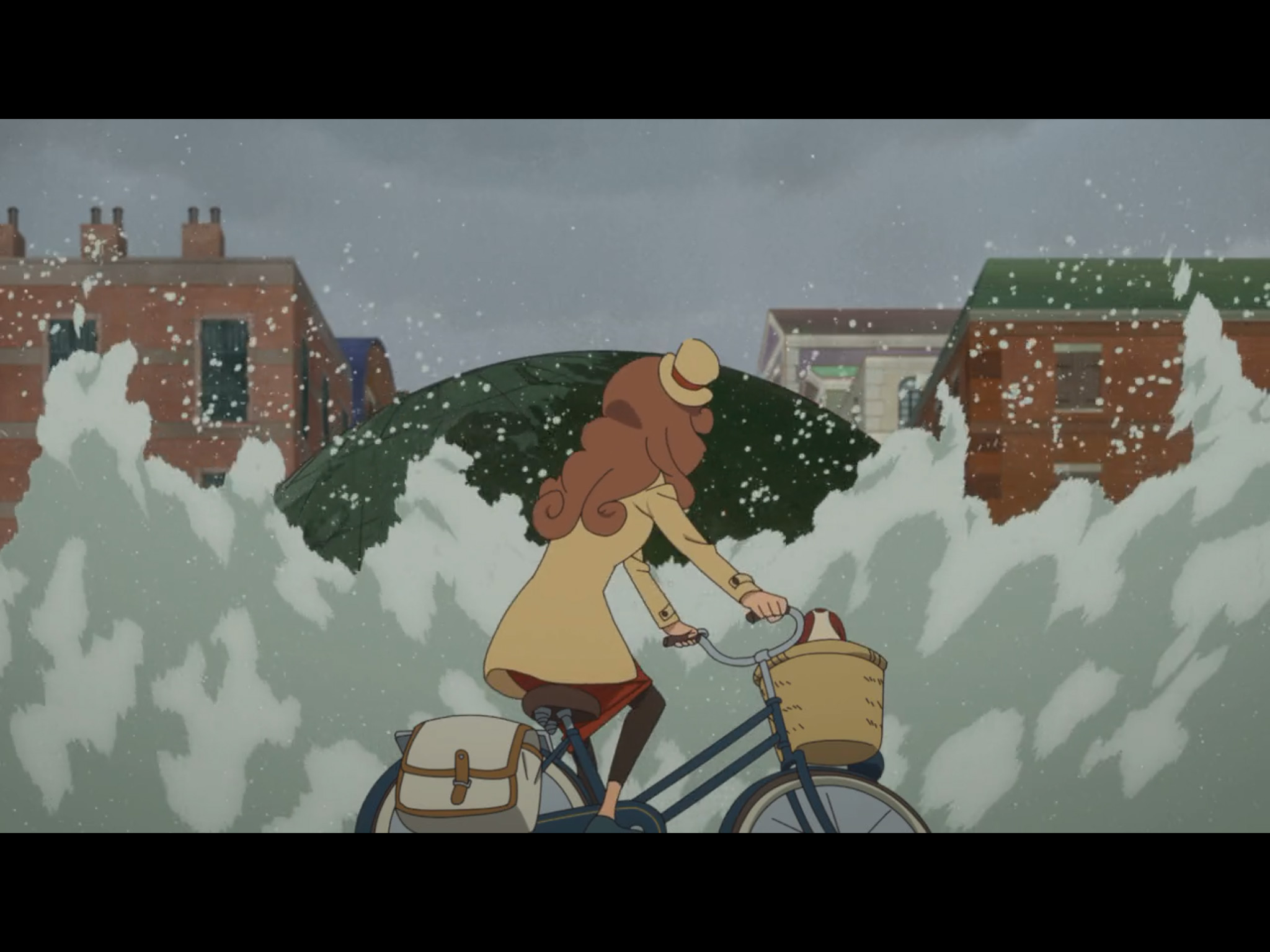 Layton’s Mystery Journey’s overall plot is a simple one: Katrielle sets up her own detective branch by solving her first 13 mysteries. Well, 12 if you don’t include the mystery she never bothers solving. 11 if you remove the flashback sequence that appears far too late game for its own good. So, 11 cases, most of which revolve around a group known as the Seven Dragons. These are the seven richest people in London and they each require Katrielle’s ‘elp in solving some mystery with little to no connection to one another. Rather than a strong, arcing narrative, Journey opts for a more episodic feel.

Specifically, a Saturday morning cartoon episodic feel. There are characters introduced for a single case that are supposed to be of great importance, but the failure of the game to mention them before or after their interaction with Katrielle dilutes their role in the greater narrative. It all culminates with a final case that brings most of the characters together, and one final reveal that is supposed to knock my socks off but fails to do so with its “Armin Tamzarian” ending that renders the entire game an utterly meaningless entry into the series.

Each case plays just like other games in the proper Layton franchise. I move from place to place, many of them repeating from case to case, across a small patch of London as I search the environment for hidden puzzles and hint coins. A small cast of characters line the streets, ready to test my wits with a puzzle or provide me with pertinent information to my case. Solving each mystery really requires no effort at all. Katrielle does all the work. There are some I figure out far earlier than she does, making me wait for her to catch up, while others she nails with explanations that seem to come out of nowhere.

Level-5 describes Katrielle as a “strong, female character” but really she can be a total Mary Sue at her worst. There is never a moment where I think she might be in trouble, where it might be possible she will fail. Like Batman, she often plans several steps ahead but also comes down with a case of convenient stupidity when the story calls for it. She has no depth, nothing beyond what I see in the first five minutes of the game. If the way her father left haunts her, it doesn’t show. Her body is an endless reservoir of confidence, her life bereft of stop signs. She could be and should be a great role model like her daddy, but the lack of any real challenge or obstacle instead gives us a girl who cake walks through her very existence.

Other characters who join her in the adventure, ‘elping Katrielle solve these puzzles are similarly one-dimensional. Ernest and Sherl, two of her associates I didn’t care for when I wrote my review in progress, grow on me as the adventure progresses. Not because they develop any outside of a bit of backstory building, but because the dialog somehow makes everything about this game a little bit better.

The script for Mystery Journey is thick with accents the writing recreates perfectly. Every missing “h,” every time a character says “donkey’s years,” every liberal use of the Queen’s English brings the story to life in ways an American localization cannot. To hear characters use the words “queer” and “gay” for their original intended purpose warms my heart and ushers in genuine appreciation for the wonderful writing the staff produces here.

Level-5 says this game has the most puzzles of any Professor Layton game and I am here to tell you that quantity does not equal quality. In my review in progress of the game, I wrote the puzzles fit in with the established Layton brand despite the loss of the original puzzle creator. I still believe that to be true, though as I progress I realize too many of these puzzles pull from the very worst of the series. Often they’re more interested in showing me how clever their creator is rather than actually challenging my skills of deduction. Some seem to exist with their own set of rules that aren’t always made clear in the instructions. This is, of course, not entirely new for the franchise as Layton games have always valued sly solutions to some puzzles rather than fact-based problem solving, but too many here have me saying “Come On!”

I’m talking about the types of the puzzles where the answer is basically to do nothing. If it asks me to move X amount of steps, selecting zero will be the correct answer for some stupid reason. The old adage “the easiest answer is usually the right one” applies to far too many puzzles here, including a fair share of the ones I face in the final case. One puzzle I come across has instructions that don’t work when I attempt them and two puzzles have the exact same answer. When I say the same answer, I’m not saying one puzzle has the answer of nine and so does another later in the game. I’m saying two puzzles, not that far from one another, have the exact same, four-letter word as their answer.

For its $16 entry fee on mobile, it’s a resoundingly complete package with goodies and extras that can keep me playing far past its 18-hour campaign. But with a weak narrative, an unrelatable main character, and puzzles that lack originality and inspiration, I have no problem calling Layton’s Mystery Journey: Katrielle and the Millionaires’ Conspiracy the worst the series has seen yet and one that makes me worry about the future of this franchise.