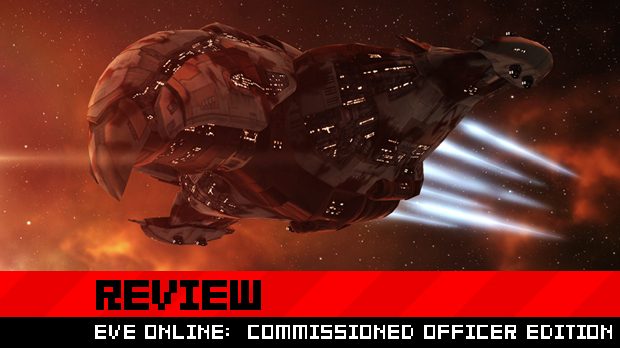 EVE Online advertises itself as a space exploration adventure that will allow you to build power and wealth while exploring the vast reaches of space.  The commissioned officer edition is an attempt to get new players into EVE and help reduce the steep learning curve by giving them access to a “cerebral accelerator.”  This is supposed to quickly increase your stats and make it easier for you to catch up with other players.

Having never played EVE Online I had hoped that I could offer you a perspective of a player who has always loved space adventures and enjoys an MMO occasionally.  I had no idea what I was getting into. 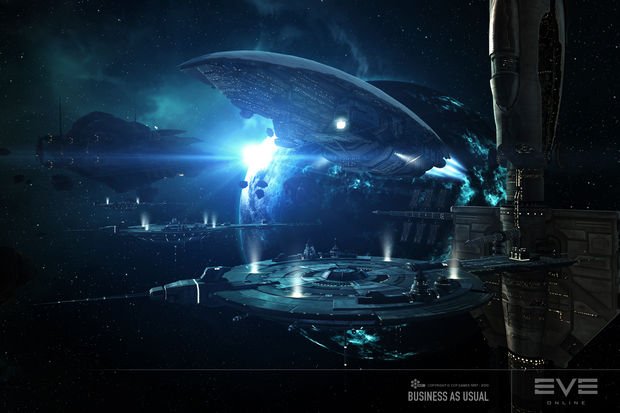 Your experience begins by picking one of four races.  You can choose from the Amarr, the Gallente, the Minmatar and the Caldari each of which has a unique back story.  Each of which also has no impact on the game.  No matter what race you pick you’ll go through an extremely basic character creation process before you begin the tutorial.  Or should I say begin the game because from what I can tell, that tutorial is never ending.  Sure you complete the initial, 2 hour long tutorial session but then you’re told to speak to one of 5 different agents who begin teaching you even more tactics.

It’s a necessary evil as there’s many tactics to be taught but it makes for extremely boring and lonely gameplay.  For an MMORPG EVE doesn’t do a good job of getting new recruits to interact with each other.  I actively tried to get other people to team up on the basic quests but no one was interested.  Aside from the Rookie chat there’s practically no one talking in the Local or Corporate chat areas. 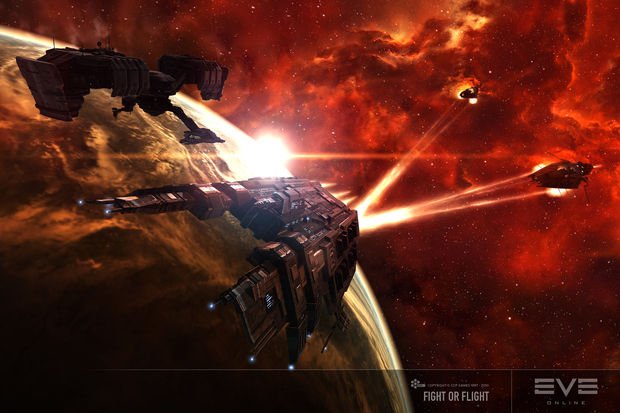 At one point I started going to a destination, set my auto-pilot and then walked away because it was taking so long.  Sometimes you’ll have to wait 20 minutes just to get to a destination where you’ll complete an extremely menial task.  These task will be completed alone.  Yes there’s many other players online, but your first week will probably be comprised of missions that you complete for Career Agents.  The only way I could join a fleet was to sign up for one on their forums.  That’s unacceptable and there needs to be a better system that encourages players to work together early on.  My experience felt like a week long training session that I didn’t want to be at.  All I wanted to do was build up my ship and fight some people.  Yes I was able to do this against some non-player characters, but alone.  When I play a massively-multiplayer online game I expect to be playing with other people.  Not to be isolated.

Also, the extremely steep learning curve will destroy any sense of accomplishment you feel.  At one point I was warping from point a to point b and was blasted out of the sky by a random person.  The ship, weapons, and items I had worked all week collecting were gone.  Yes I had insured the shuttle, but my weapons were gone and they’re much harder to recover.  I didn’t engage the person, I was just doing an extended tutorial mission and was blasted out of the sky.  It really killed any enthusiasm I had.  You’re encouraged to “get used” to losing your ship, so much so that there’s a tutorial mission based around it.  What’s fun about dying while you’re trying to learn how to play the game?  Nothing.

Luckily you’ll probably enjoy the environments, for the first few days anyway.  Texture popping will occur when you jump from gate to gate, but for the most part everything looks nice… the first time you see it.  After you’ve jumped to your 100th star system you realize it’s just more of the same but in a different color.  There’s blue systems, red ones, and cloudy ones.  Eventually, you’ll find the environments dull.  You can however run the game on any computer as the requirements are quite low so I suppose that could be seen as a benefit. 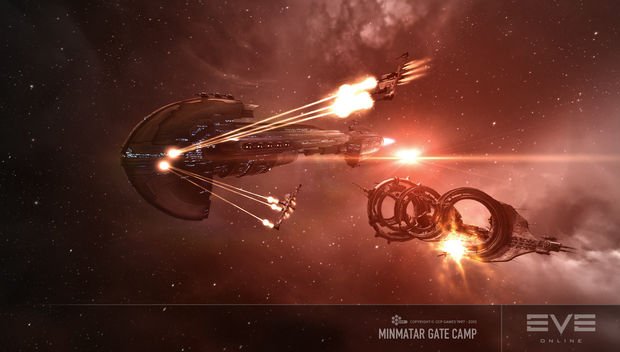 The majority of the time that you spend in space will be accompanied by ambient noises.  If I ever need to take a nap in the future, I now know that I can just pop in EVE’s soundtrack.  You can change the track you’re listening to and I’ll admit that some of the tunes during the battle sequences are catchy, but the default music will having you fighting back the zzz’s.  Keep in mind, this is the music you’ll be listening to for your week long tutorial.  There’s even a disembodied voice that lets you know when you’re jumping, or locking onto a target.  It’s all very soothing.

So soothing in fact that I’d like to paint a picture for you.  Imagine a relaxing ocean track, combined with a mellow tune from an anger management CD.  Then, add a disembodied female version of Hal.  This is what you’ll be experiencing.  The most soothing, sleep inducing MMO ever.  None of it’s bad, but I prefer to remain awake during my gaming sessions.

As I stated earlier, the game is extremely difficult.  So difficult in fact that most of your time will be spent alone, jumping places, and returning to the station your ships are at after barely escaping death.  In total, I talked to four people, two of which were moderators. 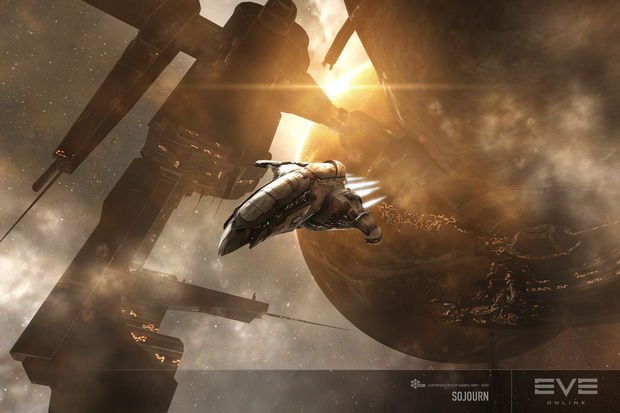 Then there’s the random attacks.  I was told that blowing up random ships is a sport that more advanced players partake in which I imagine is fun for them.  They try to see how many ships they can destroy in a night.  I had no chance and neither would you if you had been playing.  The way a battle is won in EVE Online is by having the strongest ship.  If your ship is weaker, you’ll die.  Simple as that.  So while this player was able to add another notch in his belt, I lost everything I had worked on gathering in four days.  That’s four days of work gone all because I had to grab a cheap part while on another tutorial mission.  Perhaps you would fare better but for a new player trying to learn and build an arsenal it’s devastating.  Needless to say I had little desire to continue.

If you decide to play this game, be sure you don’t get attached to a ship or anything you put on it.  Chances are that you’ll lose it and have to start over.

There’s a gigantic universe open for players to explore with very few things of interest that you’ll encounter.  There’s literally thousands of stars you can visit in EVE Online most of which are uninteresting.  If you enjoy flying around aimlessly with the risk of losing everything you may have fun, but you may also have fun filling out your taxes.

I don’t know who this game is targeted towards.  It involves overly complex space exploration, and a tutorial that seems never ending.  The game must have done something right seeing it’s been around since 2003 but I’m not recommending it.  I have never put my head down and attempted to sleep due to boredom while playing a video game but EVE succeeded in changing that.  Nothing about EVE is done poorly except for the fact that it isn’t fun.  If you like charts, reading directions, and being blown up for no reason, give EVE Online a try.