Well, here we are.

It’s been a long time since the last Final Fantasy XIV patch: February, to be exact. There’s a reason for that of course! But FFXIV fans have been hungry for more for quite a while, putting a lot of pressure on patch 5.3 to deliver the goods.

It does. The major patches usually do, because of how much effort the FFXIV team puts into them. 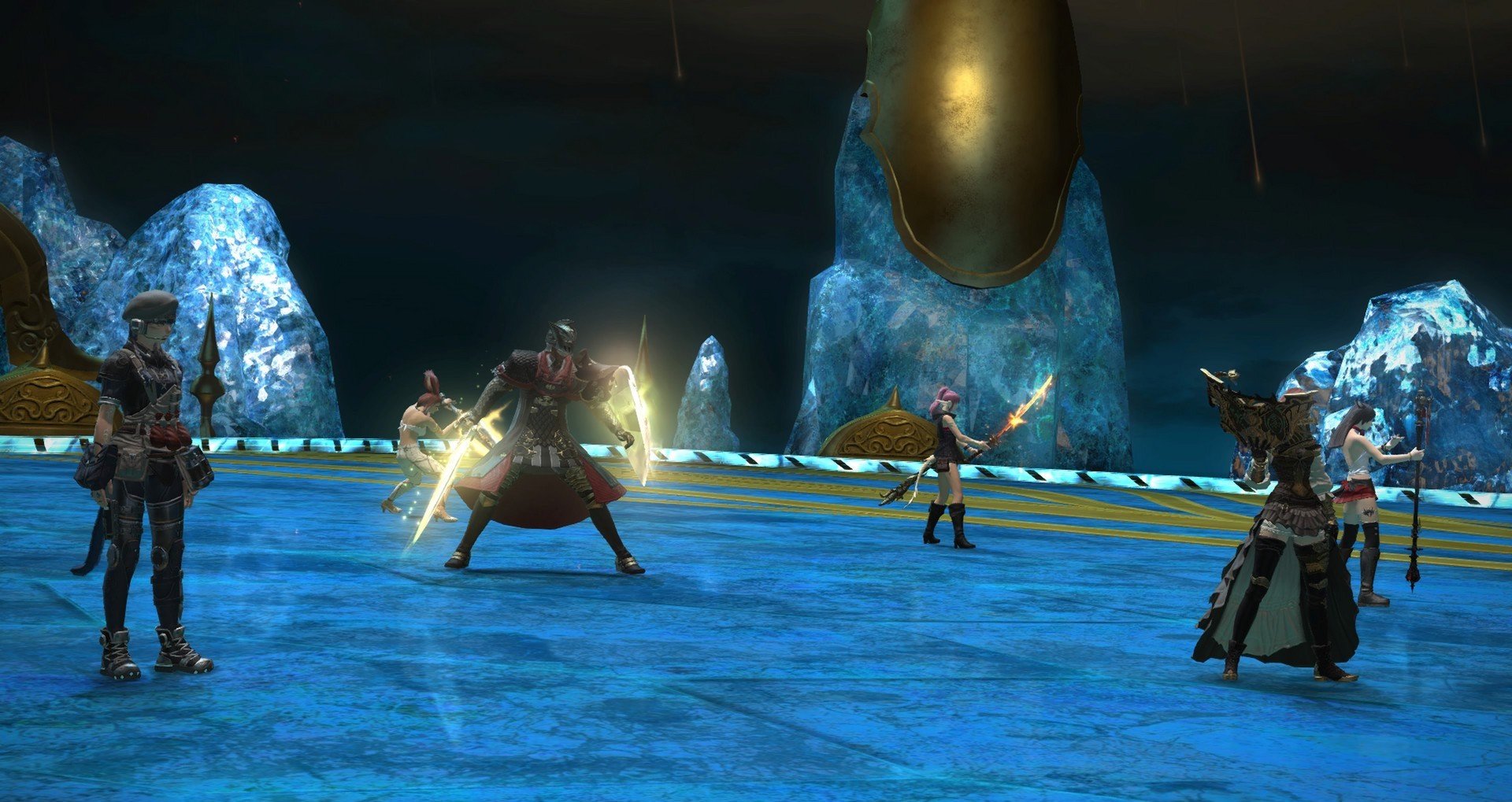 Shadowbringers gave us arguably the best Final Fantasy XIV story to date (some would say “best Final Fantasy to date,” period), and the overarching threads are still very much compelling. “Odd” chapters (like 5.3) are often like the Star Trek film series in that they don’t always measure up to their even counterparts (which typically add meatier content), and can feel like table setting for the future. That’s sort of the case for 5.3, but the truth is that every single patch, regardless of its quality, is packed with more things to do.

The main story quest (MSQ) for 5.3 ranges from boring to intriguing (with all the glory coming near the end), but thankfully it’s only a small part of the bigger picture. There are some rote quests in areas that are starting to feel all too familiar, but there’s at least one big fanservicey mission that’s a nice trip down memory lane for longtime players and a grand finale. It’s less impactful if you only recently powered through patches 2.0 to 5.3, but for the rest of us: it’s something I’d like to see more often, as it allows us time to reflect on the legacy of our player character on a grander scale. You know, the sort of things years-long MMOs should do more often.

Some of the new content also has that same air of “fine” familiarity as the first half of the new main story quest. The Heroes’ Gauntlet dungeon has a neat story reason for existing (and adds more killer music to the game), but the linear A-to-B feel of post-2.0 dungeons has been wearing on me for some time now. As far as things to run in the expert roulette go it could always be worse, but very few dungeons in Shadowbringers have managed to excite me — the team is somewhat hampered by the inability to make them too difficult (by design).

No such limitations exist for some of the tougher stuff though, like the new trial (which I won’t spoil here) that sports an EX version, as well as the YoRHa: Dark Apocalypse continuation. In case you haven’t been following along, Dark Apocalyse is the team’s collaboration with a few of the folks that brought us NieR, complete with wacky story angles and esoteric 24-person battles. Patch 5.3 ushers in the “Puppet’s Bunker,” and I’ll take any chance I can get to continue the storyline, even outside of the raid with the unlock and post-dungeon quests. The sights are gorgeous and occasionally disturbing: just how Yoko Taro likes it.

Reflections in Crystal also adds in some welcome side content like more beast tribe quests (a dwarf faction), a 1v1 mech battle and the Faux Hollows system in Idyllshire; which will now start to cycle in “Unreal” difficulty trials (the first of which is a harder Shiva trial). If you don’t play FFXIV, one of the reasons it stays so exciting for so long is because Square Enix doesn’t just jettison content. Very few MMOs are doing this (see Timewalking in World of Warcraft, which is more limited in scope), so good on Square Enix for not always just moving on to the new hotness.

If you regularly catch my incremental patch reviews, here’s the part where I gush about all of the quality of life changes. Now, there’s a few huge things here that I noticed as a longtime player, but one thing everyone should appreciate is the following tweak: “to ensure a smoother journey through the main scenario for newer players, a number of quests have been revised or removed. These adjustments will not affect the overall story.” Boom.

The bloat of 2.0’s end-ish storyline has been a longstanding complaint from the community, leading to many new players quitting before they get to “the good stuff” of the first Heavensward expansion in beyond. Now I’d contend that A Realm Reborn, for the most part, is the good stuff already! But for a lot of folks who aren’t used to lengthy exposition-filled MMO quests, that change should help the long-term health of the game.

The addition of flight to A Realm Reborn areas (after you clear the 2.0 main story quest) is brilliant, and something other MMOs didn’t dare to do for some time — or have opted to refrain from altogether. I spent a good deal of my 5.3 testing just fluttering about with my week-one Susano EX Kamuy (I will cherish it forever) in classic zones, seeing them in a new light. They still hold up. 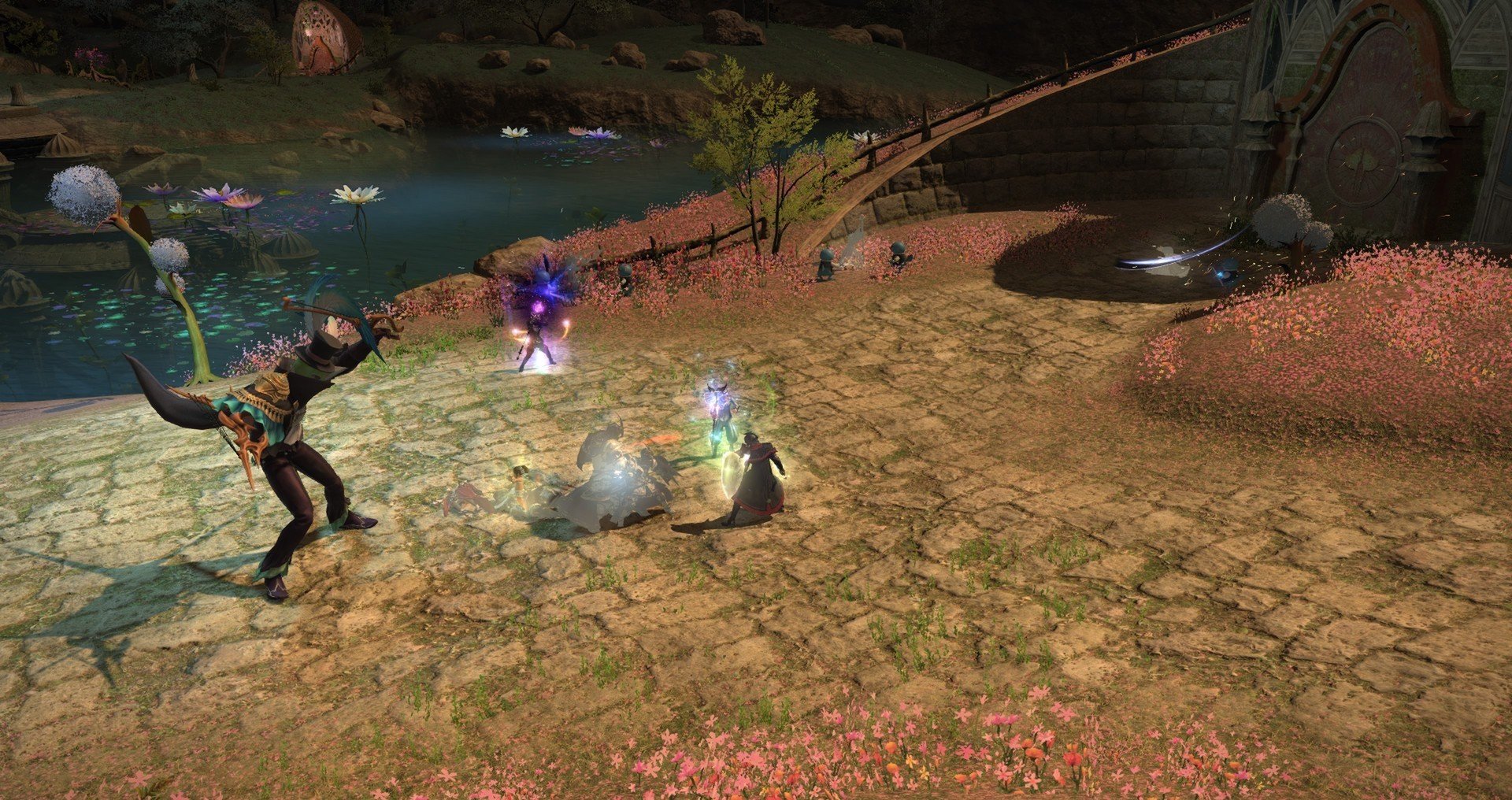 You want more? Here’s another big one: “the period of invulnerability after being revived will now be indicated by the Transcendent status effect.” Yes! This is something I’ve wanted for roughly seven years, and now it’s finally in. These sort of quality of life upgrades have been incremental and appreciated, as the team has addressed just about every facet of this massive game over the course of nearly a decade. I remember when lengthy cooldowns were reset after wipes, and how big of a deal that very small footnote of a patch note was. This is similar.

Another very small blink-and-you’ll-miss-it moment in the patch notes: a boss has been adjusted in Aurum Vale, an area from the original Realm Reborn storyline. They’re still tweaking 2.0 dungeons! More “5.3” patches are on the way too, like 5.31, which extends the Ishgardian Restoration storyline, and 5.35, which adds more hardcore weapon quest grinding.

Reflections in Crystal is a sizable “odd-numbered” patch for Final Fantasy XIV, and should keep people going for a while longer. It’s going to be hard to ever top the 24-person spectacle of a NieR storyline going forward, and Square Enix is ever so careful to slowly add in more hardcore time sinks like the Unreal mode on top of extreme trials (this newest one is pretty insane, don’t spoil it for yourself if you’re geared for it).

Some of the stink of the theme park feel of Final Fantasy XIV is still present and may never wash off, but the team is finding ways to make the visit as fun as possible while you’re there.