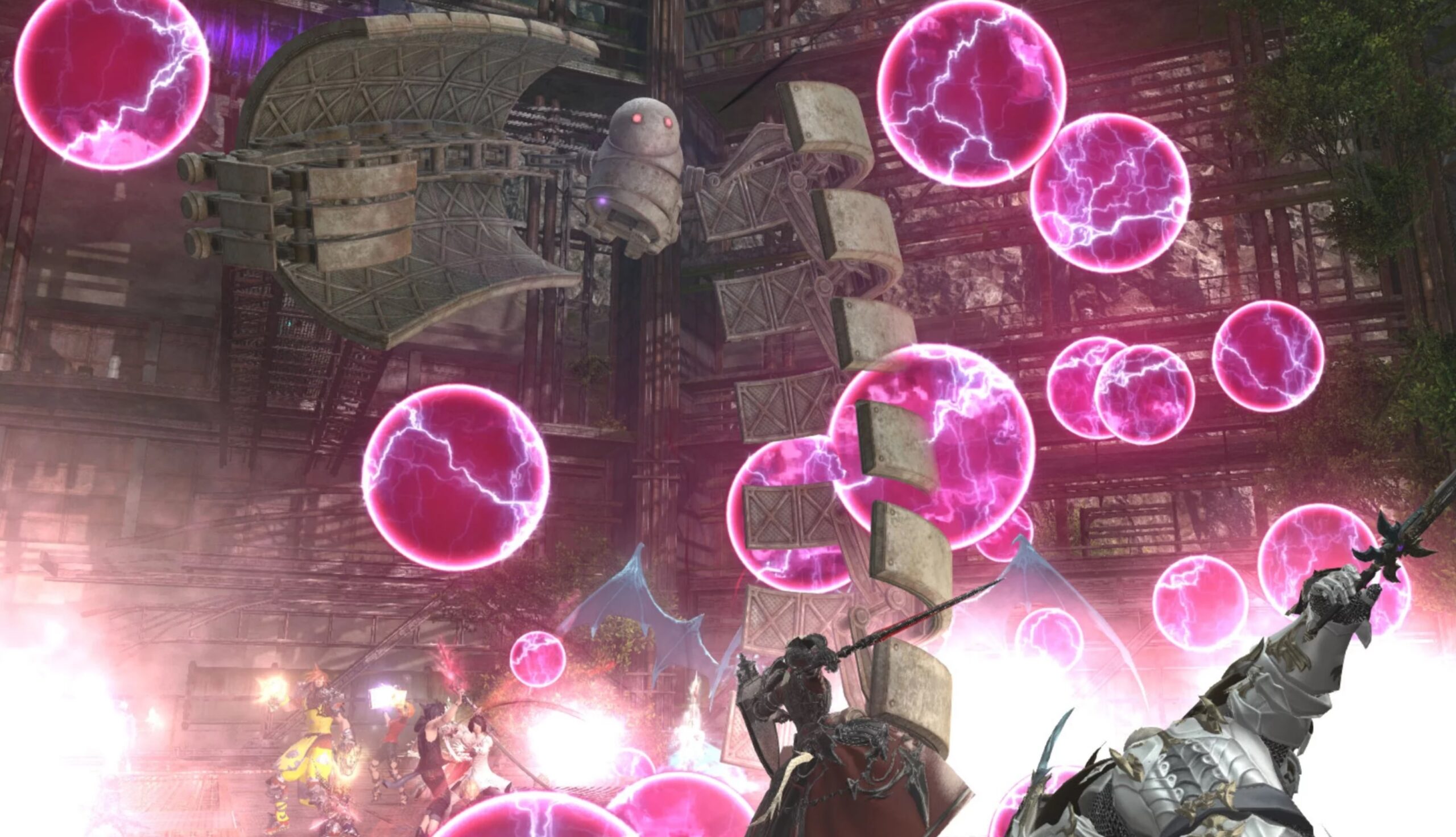 Vows of Virtue, Deeds of Cruelty

Final Fantasy XIV has been killing it this year.

Naoki “Yoshi-P” Yoshida and his team have delivered the best story in the entire MMO space (and most of the general RPG plane as well), born out of years of buildup. So what does the first patch of Shadowbringers, the arguable highest point of the game, bring? NieR.

Enough said (actually there’s a lot more to say about this huge patch).

Although it’s the typical short jaunt we’ve come to expect from extended patch main story quests (MSQ), 5.1 continues to take us on a series of twists and turns despite the expository explosion from 5.0. Although it’s still very much a tease lead-in for what’s to come, the puzzle pieces are coming together, and without spoiling anything, the Shadowbringers universe is still very much engaging: but best of all, I love how Square Enix continues to make old content/zones relevant again. Grand Cosmos, the beautiful new max-level dungeon, also takes the load off of constantly queuing into the same few locations.

Perhaps the granddaddy of all quality-of-life upgrades, New Game+, is also present, which automatically allows this patch to ascend past many previous updates. New Game+, in an MMO? You better believe it, and while it’s currently restricted to Heavensward, Stormblood and the first two (current) parts of Shadowbringers, it still brings the heat for everyone who wants to relive the campaign with new classes. A difficulty slider (!) for repeat viewings in New Game+ is the cherry on top, especially for those of you who just want to replay and re-watch the narrative. If full NPC party members are added to everything (step one is here, with scenario mode being added to the Trust/NPC party member system), this is just one step closer to the eventual single-player FFXIV dream so many people want.

Think about it: 20-30 years from now everyone might be able to enjoy this story when the servers are long gone. I’m not even going to get into the extra Golden Saucer action minigame, job/crafter reworks (it cannot be understated how much more accessible crafters/gatherers are now), the (fun) Hades extreme fight, Blue Mage enhancements (more is coming in 5.15), a metronome and ready check for music performances, all of the new house furnishings and clothing/character styles, the expansion of Doman Mahjong (yes there are multiple card/board games in FFXIV), the fellowship chat system (another way for people to connect outside of rigid guild/free company models), and pixie beast tribe (repeatable faction) quests on top of more sidequests.

Out of all of that, my favorite bit might be the addition of a “favorites” section for the marketboard (auction house) menu. It’s the little (overdue) things. Oh, and you can adjust the lighting for group poses (Final Fantasy XIV‘s built-in photo mode) and use the group pose system while riding a mount. It’s insane how granular this team is. But enough about everything else: you probably want to hear about YoRHa: Dark Apocalypse, the new NieR-themed 24-person raid.

Yoko Taro, Keiichi Okabe, and Yosuke Saito are all involved on top of the current talent of the FFXIV team, so you know it’s going to be a legit effort and not a phoned-in cameo: the full soundtrack and NieR/Final Fantasy crossover song just proves it. Somehow the collaborative creatives have managed to slam NieR: Automata‘s signature action inside of a raid, complete with plenty of bullet orb dodging and lots of flashy boss fights — with a few very fanservicey surprises and rewards.

The factory setting feels more cramped and linear than normal, but it funnels you into some intense fights, and 2P (the 2B raid protagonist stand-in) is a constant benevolent presence throughout the raid. You can also tell that Square Enix really cares about NieR as a whole, through a post-raid questline and a whole new mechanic that lets you peruse an in-universe NieR PDA for extra lore. For the first time in a while with a non-MSQ storyline, I’m invested in seeing where it goes next.

Final Fantasy XIV continues to evolve and scrappily fight for its spot in the current MMO landscape. While free-to-play games keep proliferating, Square Enix constantly shows us why subscription-based MMOs deserve to co-exist with insanely-packed major patches that last players for months — or even years — to come. While 5.1 can’t compete with the sheer bliss of 5.0’s emotional narrative, it keeps the good times going with some killer long-requested features and fresh narrative breadcrumbs.