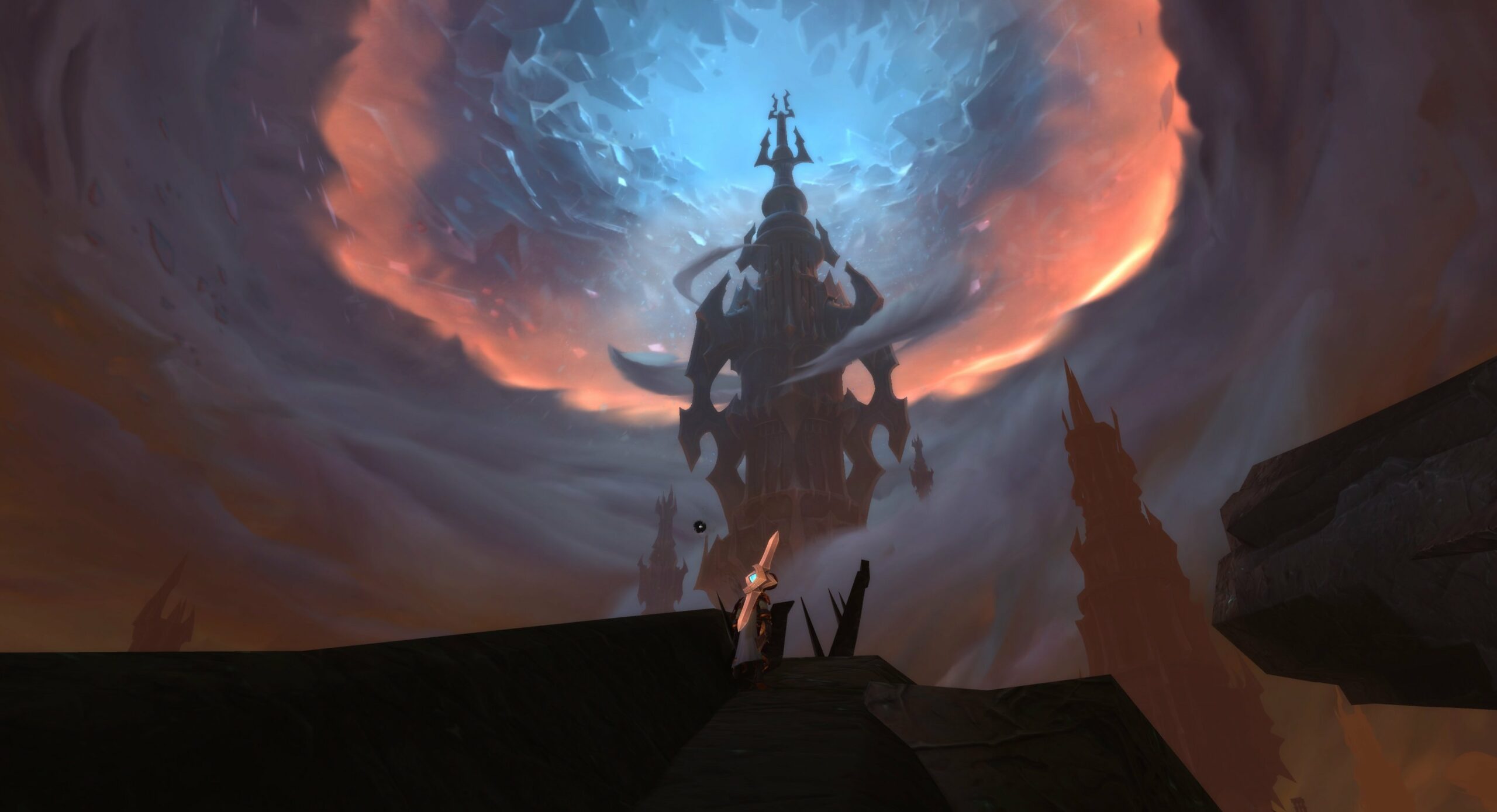 Down in the underground: a land serene, a crystal moon

Since World of Warcraft‘s launch in 2004, I’ve seen pretty much every up and down you can imagine. Its highest points (Burning Crusade into Wrath of the Lich King), its lowest point (shades of Cataclysm, Pandaria, and most of Draenor), and everything in-between.

But however you choose to slice it, I’ve really been enjoying the upward trend in the game since Legion. While Shadowlands isn’t quite Legion-level quality, it does keep the spirit of the game alive and well after nearly two decades of service. That’s a feat.

The last time we left off in our journey through the expansion, I was making my way through Bastion (City of Angels). Now I’ve conquered Maldraxxus (Edgy Bone Town), Ardenweald (Elf Village), and Revendreth (Vampire Burg). All of the parenthetical names are strictly mine (and sum them up well I think!).

Bastion is a highlight. Like a more serene Suramar, this zone is the glimmer of hope you need after a series of mostly somber places, dating all the way back to Warlords of Draenor. It’s here that I really started to appreciate Blizzard’s penchant for micro-storytelling again (and its silliness, like the Flappy Bird minigame). Its ability to flesh out the smaller characters that eventually plug into the big picture. Now Shadowlands isn’t immune to campy dialogue (sometimes to the point of parody), even during a few of its more pivotal emotional scenes, but it’s amazing that the writers are able to juggle everyone and have it mostly come together. I just hope they don’t pull an “actually it was an Old God” maneuver again.

Edgy Bone Town is a little less interesting aesthetically. It’s kind of like a combination of the Undercity and a few other existing prior expansion locations. The inner workings of the Spartan-like culture are fascinating though: again, a telltale sign of that feat of micro-storytelling. Entering into the chaos of a gladiatorial pit was a great intro for the group, and set the tone of the zone itself. It’s probably the region I learned to appreciate the most after revisiting it for endgame content. It grows on you.

Ardenweald might be the most familiar zone from a visual perspective (I felt shades of Val’Sharah after entering it), but it’s nonetheless still awe-inspiring. There’s also some big lore moments here, as is common with nature-related storylines in World of Warcraft. I end up finding something new every time I jump back into it, and some of the quests are off-the-wall, in a good way.

Vampire Burg, the fourth and final story region, is my home town. My covenant (that thing you choose at the end of the story to align yourself with one of the factions). It’s full of Nosferatu, Gary Oldman-in-Dracula-looking dudes, enough backstabbing drama to fill an HBO season. It’s also one of the more varied areas, with an array of haunting and regal aesthetics. It’s austerely sickening in a way, not only in how some of its denizens act in regards to its caste system, but in the sense of the core of the region itself. Yet, it’s also home to a few of the funniest quests of the last couple of expansions. It’s fascinating, and I totally didn’t just choose it to be my main focus because I liked vampire-related media (go watch Vampires vs. the Bronx if you want a recent recommendation). I promise.

So the zones are good, but the leveling process was a joy too (despite its relative ease) because of the strong focus on worldbuilding. Phasing, which was used in earnest in Wrath of the Lich King as a way for the developers to tell different stories in the same physical space, still works. Also, little touches like artwork appearing in the quest prompts rule, and accentuate Blizzard’s artistic prowess. This game is running on an older looking engine, but some of the artwork (like the in-game shot at very top of this review) is breathtaking and sticks in your mind. I’m thankful that I’m able to play every expansion with Demon Hunter wings now, so I can take it all in properly.

In case you missed it, WoW recently had a “level squish” that brought every down from 120 to level 50: in preparation for the new Shadowlands cap of 60. For the most part this system excelled at garnering more meaningful progress while leveling (as you could reach more ability milestones rather than meaningless dings), but no attention was paid to levels 50 through 60 for the expansion. “10% extra power for [x] skill” is not cutting it, and nothing opens up until you start pledging to your covenant.

Blizzard is still leaning into the “borrowed power” concept, which funnels into the new covenant system. In short, this concept is named due to the fleeting nature of very substantial powers, which will be taken from players after the expansion is finished. While it might be far better than the Heart of Azeroth mechanic from the prior expansion, it’s a shame that the Covenant system, for the most part, feels like it has a timer on it. That’s not necessarily a problem now, but I did feel the lack of an impact going from Battle for Azeroth into Shadowlands: and the boring 50-60 upgrades didn’t help.

With that in mind, there’s plenty of stuff to do once you reach the cap, and I’m really digging the Covenant storyline so far. You can swap if you want (for a nominal time sink fee), but for now, I’m loving the continuation of the Revendreth storyline. It’s a lot like the ongoing Suramar saga in Legion, but with the ability to choose between the four regions. Minus the borrowed power stench lingering in the air, it’s a great way to really connect players with the world instead of just relying on grinding out world quests to see what it has to offer (those are still in too). There are essentially four endgames now.

Torghast Tower of the Damned (which is basically a play off Final Fantasy XIV‘s Deep Dungeon roguelike) concept is also fun for now, and has more of a lore reason to exist than random islands from Battle for Azeroth. Building up my Covenant is keeping me busy and entertained though, and I’m anxious to see where this all leads (and swap Covenants at some point to explore another point of view).

Of course, it’s all very familiar. Shadowlands feels like a smoothing of Battle for Azeroth on multiple mechanical levels, but not a fundamental shakeup. Leveling parameters often pertain to the same “kill [x]” objective, while world quests echo that fundamental simplicity. It’s not inherently bad, as many MMOs do the same thing (Final Fantasy XIV‘s Fates, for instance), but it might not be enough to jolt lapsed players into a long0term cruise. If you’re one of those people, it’s worth a joy ride though.

World of Warcraft: Shadowlands hasn’t quite wowed me in the way that Legion did, but it’s an improvement upon many concepts from Battle for Azeroth. There’s a clearer story that seems to have more embedded bones, with a more pronounced set of zones that stand on their own. As always long-term support remains to be seen, but for now, WoW is still one of the best MMOs out there.

[This review is based on a retail build of the game provided by the publisher. Level 60 (the new cap) was reached for this assessment.]